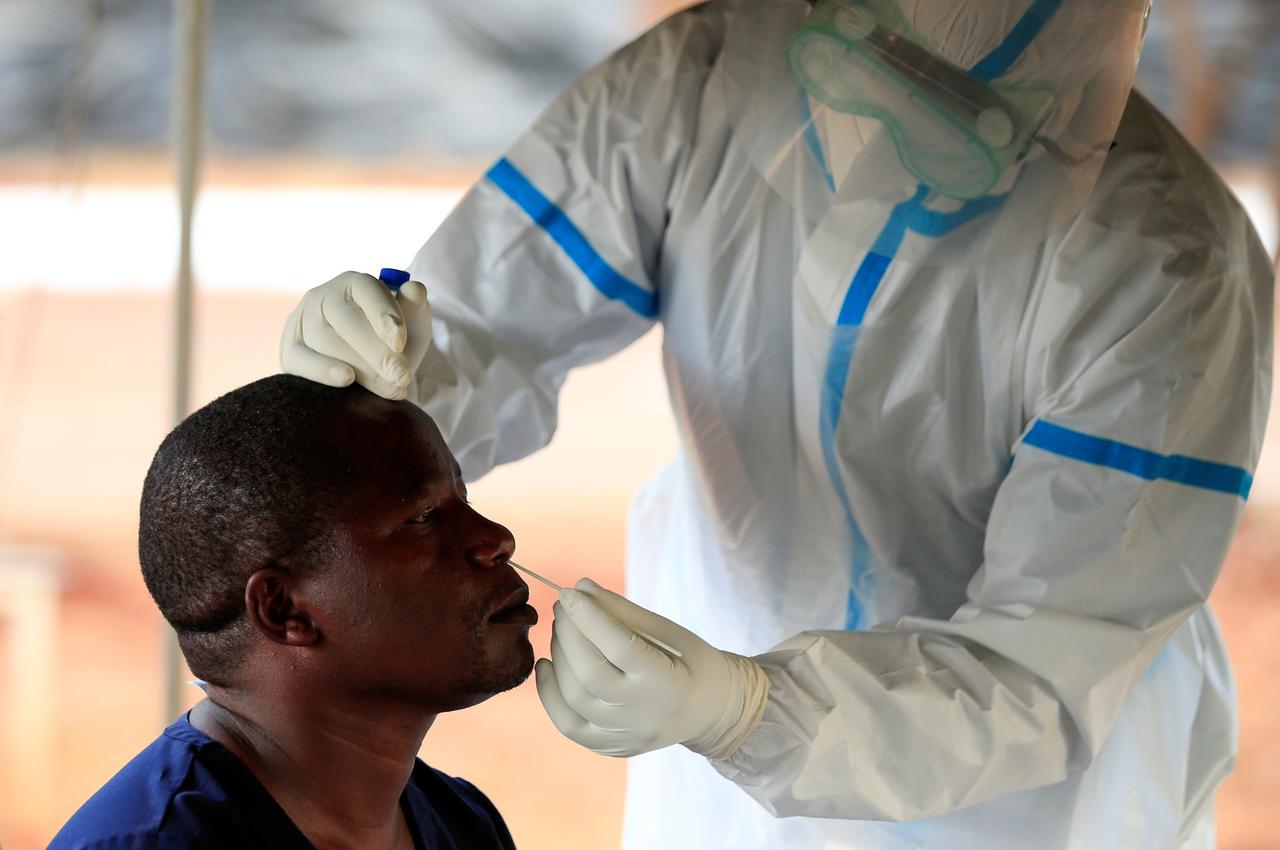 FILE PHOTO: A man is tested by a healthcare worker during a nationwide lockdown to help curb the spread of the coronavirus disease (COVID-19), at a mass screening centre, in Harare, Zimbabwe April 30, 2020. REUTERS/Philimon Bulawayo

HARARE (Reuters) – Zimbabwe’s President Emmerson Mnangagwa extended a nationwide lockdown to fight the new coronavirus by two more weeks and announced a $720 million stimulus package for distressed companies, most which will be allowed to reopen on Monday.

The southern African nation first announced a three-week lockdown in March and then extended that, prior to the latest extension. The lockdown has shuttered an economy struggling with acute shortages of foreign currency, food, electricity and medicines.

Informal markets – where more than 80% of Zimbabweans earn their living – will remain shut, while big businesses will reopen under supervision.

Mnangagwa said public gatherings of more than 50 people and the use of public taxis remain suspended, while schools will remain closed.

He said the 18 billion Zimbabwe dollar stimulus package ($720 million), which is just more than a quarter of this year’s national budget, would also benefit smaller businesses which are hardest hit by the lockdown.

Mnangagwa did not say how the package would be funded.

“The package is proportionate to the disruption the virus has caused to the national economy,” he said in a televised speech.

Health workers would not be taxed for the next six months to boost their earnings, the president said.

Zimbabwe has recorded 40 cases of the new coronavirus and four deaths so far.