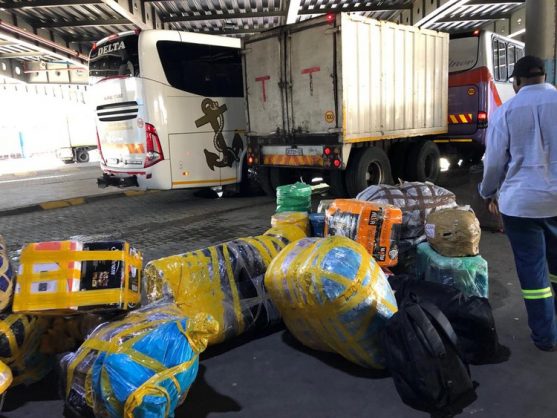 Zimbabweans wait to load goods at a bus station in Johannesburg to take back to their home country for Christmas. Picture: Tariro Washinyira/GroundUp

The country has already seen increases in the price of bread of up to 70% in the past few weeks.

Zimbabwe’s current bread shortages could easily be compared to the shortages that led to the French Revolution in 1789, as one researcher describes the situation.

This comes after reports that the Grain Millers Association of Zimbabwe (GMAZ) sent out a warning that the country was left with only a week’s worth of wheat for bread. The country has already seen increases in the price of bread of up to 70% in the past few weeks, with a standard loaf now costing more than R10.50, which the average Zimbabwean cannot afford.

Allen Munoriyarwa, a Zimbabwean researcher residing in South Africa, said “bread is basic, especially for people who live in the urban areas. Also bear in mind boarding schools that have thousands of students.

“Its shortage disrupts these schools. It is embarrassing actually to, in 2019, still be talking of bread shortages.”

Although the country’s government has suggested the replacement of bread with other commodities such as sweet potatoes, yams and porridge, Munoriyarwa yesterday argued that these foods were not as readily available as it seems.

He said: “They are scarce also, and will not be ready substitutes. Some, actually most, people will have to make do without bread at all. It is no longer affordable, considering that most Zimbabweans are in the informal sector with no reliable incomes.”