Zimbabwe is facing its worst hunger crisis in a decade with half of the population – 7.7 million people – food insecure, the World Food Programme (WFP) said on Tuesday. 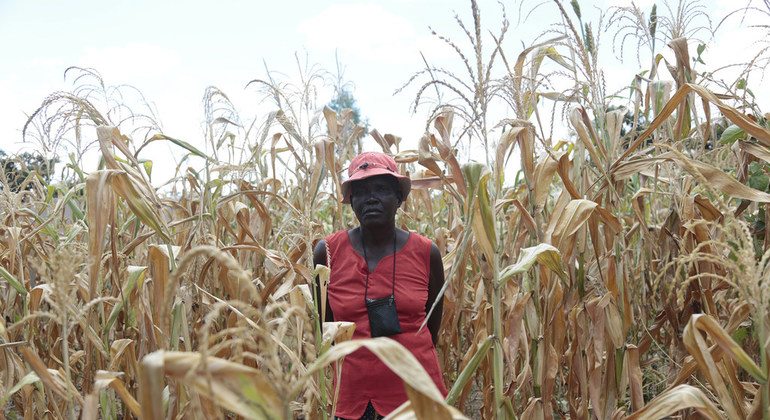 The World Food Programme says that more than one-third of the rural population in Zimbabwe will be food insecure by October 2019.

The alert follows last week’s warning from a UN-appointed independent rights expert that the country – once seen as the breadbasket of Africa – is in the grip of “man-made starvation”.

In Geneva, WFP spokesperson Bettina Luescher said that almost $300 million was needed urgently to supply some 240,000 tonnes of aid.

“A climate disaster” and “economic meltdown” were to blame for the ongoing crisis, she explained, with normal rainfall recorded in just one of the last five growing seasons.

The increasingly unreliable rainy season affects subsistence farmers in particular as they grow maize – a very water-intensive crop, and many of these farmers are still recovering from the major 2014-16 El Nino-induced drought.

In addition, “the crisis is being exacerbated by a dire shortage of currency, runaway inflation, mounting unemployment, lack of fuel, prolonged power outages and large-scale livestock losses, and they inflict the urban population just as well as rural villagers,” Ms. Luescher said.

WFP has now nearly doubled aid assistance in a bid to reach more than four million of those hardest-hit by the crisis.

In total, however, 5.5 million people in the countryside and 2.2 million in urban areas need help, and acute malnutrition has risen to 3.6 per cent, up from 2.5 per cent last year.

Eight of Zimbabwe’s 59 districts have acute malnutrition rates of over five per cent, which is unprecedented, Ms. Luescher added.

Her comments echo last week’s warning from Hilal Elver, Special Rapporteur on the right to food, that women and children are bearing the brunt of the crisis.

The majority of youngster she had met on an 11-day official visit to Zimbabwe were stunted and underweight, she said.

Linked to this, child deaths from severe malnutrition have been rising in recent months, Ms. Elver added, and 90 per cent of Zimbabwean children aged six to 24 months are not consuming the minimum acceptable diet.

“I saw the ravaging effects of malnutrition on infants deprived of breastfeeding because of their own mothers’ lack of access to adequate food,” she explained.

Because of this, children were increasingly dropping out of school and being forced into early marriage; others faced domestic violence, prostitution, and sexual exploitation, the independent rights expert maintained.

The effects of the economic crisis were noticeable in rural areas and cities, including Harare, said the Special Rapporteur.

She described seeing people waiting for hours in front of gas stations, banks, and water dispensaries, and receiving information that public hospitals have been appealing to humanitarian organizations after their own medicine and food stocks were exhausted.

Ms. Elver called on the Zimbabwean Government, political parties, and the international community to come together to “put an end to this spiralling crisis before it morphs into a full-blown conflict”.