Zimbabwe Family Shows That Even With 18-Hour Daily Grid Outages, Most People Could Live Comfortably With An EV

Brendan’s family had the honor of being the first to register an electric car in Zimbabwe. 35,000 km later, we caught up with Brendan Wright to find out what it’s like to live with an EV in Zimbabwe.

Source: Zimbabwe Family Shows That Even With 18-Hour Daily Grid Outages, Most People Could Live Comfortably With An EV | CleanTechnica

Brendan Wright and his family had been looking to buy an EV for several years when they finally decided to take the plunge and buy one in mid-2017. They carefully and patiently searched online for about four months from mid-2017 until they found the perfect one for their family, a 2013 Nissan Leaf.

Their patience was rewarded, as they found a preowned Nissan Leaf in Japan that had only done 3,400 km with its previous owner, so we could say it was almost as good as new. Their 24 kWh Leaf arrived in Zimbabwe in November 2017.

Brendan’s family had the honor of being the first to register an electric car in Zimbabwe. Now several other families have followed Brendan’s lead and ordered Nissan Leafs online from Japan and the UK. Africa is not traditionally a priority market for most OEMs, so EV fans in most parts of Africa import vehicles on their own. The majority of vehicles (ICE or EVs) imported into Africa are used vehicles from Japan, Europe, and the United States.

The Wright family’s Nissan Leaf came to the right place at the right time, as in late 2017, Zimbabwe started experiencing crippling petrol and diesel shortages. These shortages have been going on continuously since then, as Zimbabwe is struggling to raise foreign currency to import these fossil fuels. Filling up an ICE vehicle’s tank can be quite a challenge in Zimbabwe, and it could involve waiting in a queue at a petrol station for a day or two!

35,000 km later, we caught up with Brendan Wright (BW) to find out what it’s like to live with an EV in Zimbabwe.

CT: You were the first person to import an electric car into Zimbabwe. How has been your experience of driving an EV in the country?

BW: The experience has been wonderful, especially with our circumstances. Fuel queues started a couple of months after the car arrived and are still going on. I use the car all the time and only use an ICE car if my wife needs to use the Leaf. Apart from the fuel issue, I find electric cars are more enjoyable to drive, with instant power and lots of it, and they are also extremely smooth and quiet. We have done 35,000 kilometers with the car and the only thing I have done to it so far is change two tires because I hit a pothole.

CT: In Zimbabwe, the power goes out for about 18 hours a day. Does that not make your life difficult?

BW: Power cuts have not affected the use of the car at all. Even at the worst times when power was coming on at 11 at night and going off at 5 in the morning, I would plug the car in in the evening and it would be charged in the morning.

CT: How often do you charge your car, and at what times, and how long does it take to charge it to 80%?

BW: During the week I usually charge the car every day, as the car is used for everything. I mostly charge it to 80% as I don’t need more range, and this takes around three hours. I have charged it for an hour or two during the day a handful of times when I have had to do a lot of running around.

CT: Do you have solar at your house?

BW: I don’t have solar at the moment, but I will get it before too long. I’ve established that I need a 7 kWp system to take care of charging the car and running the house.

CT: How many km do you drive on a normal day?

CT: What do you use the car for on most days?

BW: We use the car for everything, buying parts, going out to the industrial sites, going to the shops. We also use it to go on recreational activities that are not too far from town.

The family has put 35,000 kilometers on the vehicle, and the only thing they have had to do so far is change two tires! This shows the beauty of EVs and just how convenient and economical they are. We also recently looked at how EVs are cheaper to run compared with ICE vehicles in Kenya. We often take some things for granted. In my beloved Nakuru and Nairobi,  the power cuts are not as bad as in Zimbabwe. And in most parts of the First World, power cuts are a myth. So, the Wright family’s story is really inspiring and shows just how EVs rock! They still drive 50 to 100 km per day, they didn’t have to change their lifestyle, and the EV is working just fine in Zimbabwe. They just simply plug it in at night when the power is back. Most people charge their cars at night all over the world when the cars are parked anyway. Most people don’t need to drive 50 km daily, so first generation EVs with ranges of about 130 km are still good for most people’s daily needs. 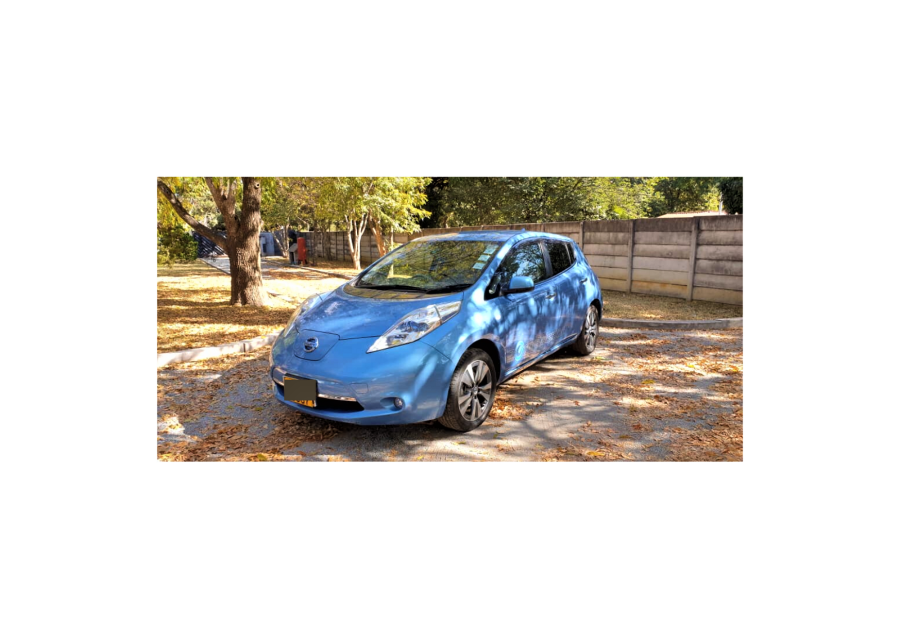