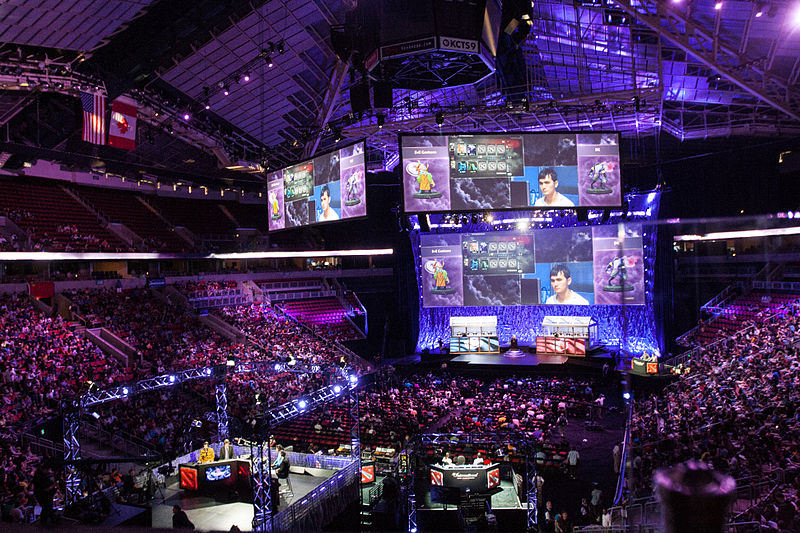 Whisper it quietly, but the people of Zimbabwe appear to take to the concept of esports in a big way. Although the nation has long been considered a hive of casual gamers, there is a growing number of players prepared to try their hand at the more competitive aspect of online gaming. Competitive computer gaming, known as esports, is likely to generate multibillion-dollar revenue worldwide in 2019, and East Africa is starting to get in on the act.

Neighboring South Africa has experienced an esports “boom,” with a string of commercial online and LAN gaming tournaments hosted for competitive gamers, along with a host of esports forums where players can discuss strategies and tactics. Given the appetite for esports in South Africa, it is almost certain that Zimbabweans would be equally excited about the prospect of playing online games competitively.

Zimbabwe’s #DataMustFall Campaign Could Be Vital to its Esports Growth

There is one big hurdle for the nation to overcome, however: ensuring fast and reliable internet connectivity for all. Zimbabweans now demand cheaper internet packages from the nation’s service providers, with a national campaign launching by Zimbabwe’s National Consumer Rights Association of Zimbabwe (NACORA) centered on the hashtag #DataMustFall. At the time of writing, 1GB data packages cost more than household essentials, such as milk and bread. Average internet penetration throughout Africa is less than 50 percent, and so, the NACORA has challenged the internet service providers (ISPs) to cut their high data costs to drive economic activity. The more widespread view is that lower data costs could give emerging digital industries like esports a chance to enter the mainstream. Plans are also afoot to deliver high-speed internet to Zimbabwe’s rural areas to accelerate economic development, which, in turn, would aid its esports market.

It was two years ago when Kenya played host to Africa’s inaugural esports competition, with the Nairobi Comic Convention welcoming teams from across Kenya, Uganda and Rwanda. Zimbabwe was not represented that weekend, but that all changed last year when a Zimbabwean entrant appeared at the 2018 FIFA eWorld Cup. Recently, an official Zimbabwean esports organization started called Zimbabwe Mind Sports Union (also known as Esports Zimbabwe) with the aim of promoting and organizing competitive computer gaming across the country.

Local qualifiers for the 2018 FIFA eWorld Cup hosted in three locations throughout Zimbabwe: Bulawayo, Harare and Beitbridge. One lucky winner would get the chance to represent Zimbabwe on the global stage. Since Zimbabwe received a license from Electronic Arts (EA) for formal recognition as a 2018 FIFA eWorld Cup entrant, Esports Zimbabwe has done a tremendous job in raising the profile of esports in recent months. More recently, Zimbabwean esports gamers pitted their wits against Nigerian and Ghanaian gamers in FIFA friendly matches.

Zimbabwean esports participation is not only confined to FIFA, either. In fact, when Formula One Esports announced its plans for a Pro Draft for the F1 Esports Series 2018, they confirmed that Zimbabwean players were within the 66,000 players that entered the four online qualifying rounds to try and earn a place in the Pro Draft. Esports Zimbabwe also plans to incorporate other leading computer games into its competitive roster in the coming months, with the likes of Mortal Kombat, Call of Duty and Battlefield made available for Zimbabwean gamers to enter.

Given the appetite for competitive computer gaming is rife worldwide, it’s unsurprising that those most knowledgeable about esports are also looking to tap into the burgeoning niche of esports betting. Many iGaming brands now offer esports betting to customers worldwide — including Zimbabwe — on all the leading tournaments, whether it’s a team or individual events. Because esports is still a new concept, it can be hard for the in-house traders of various online sportsbooks to price up pregame and in-play esports markets with accuracy, allowing those who know more to take advantage. As a result, punters increasingly look to use one of the many bonus codes for the leading iGaming sites to put their bonus funds toward their next esports betting hunch, be it at the biggest Counter-Strike: Global Offensive (CS: GO) tournaments or the Intel Extreme Masters.

No doubt there is still some way to go before Zimbabwe, and the rest of East Africa catches up with the likes of Europe and Asia in the esports stakes. Meanwhile, what this region needs for its esports industry to take off is sponsorship deals that can enable the most talented Zimbabwean gamers to compete on a level playing field at the biggest global events. That might not be too far away given the clear appetite for esports in Zimbabwe.

Newer Post
Statement: UN speaks on Cyclone Idai in Zimbabwe
Older Post
We were misled — Doctors
Advertise with us