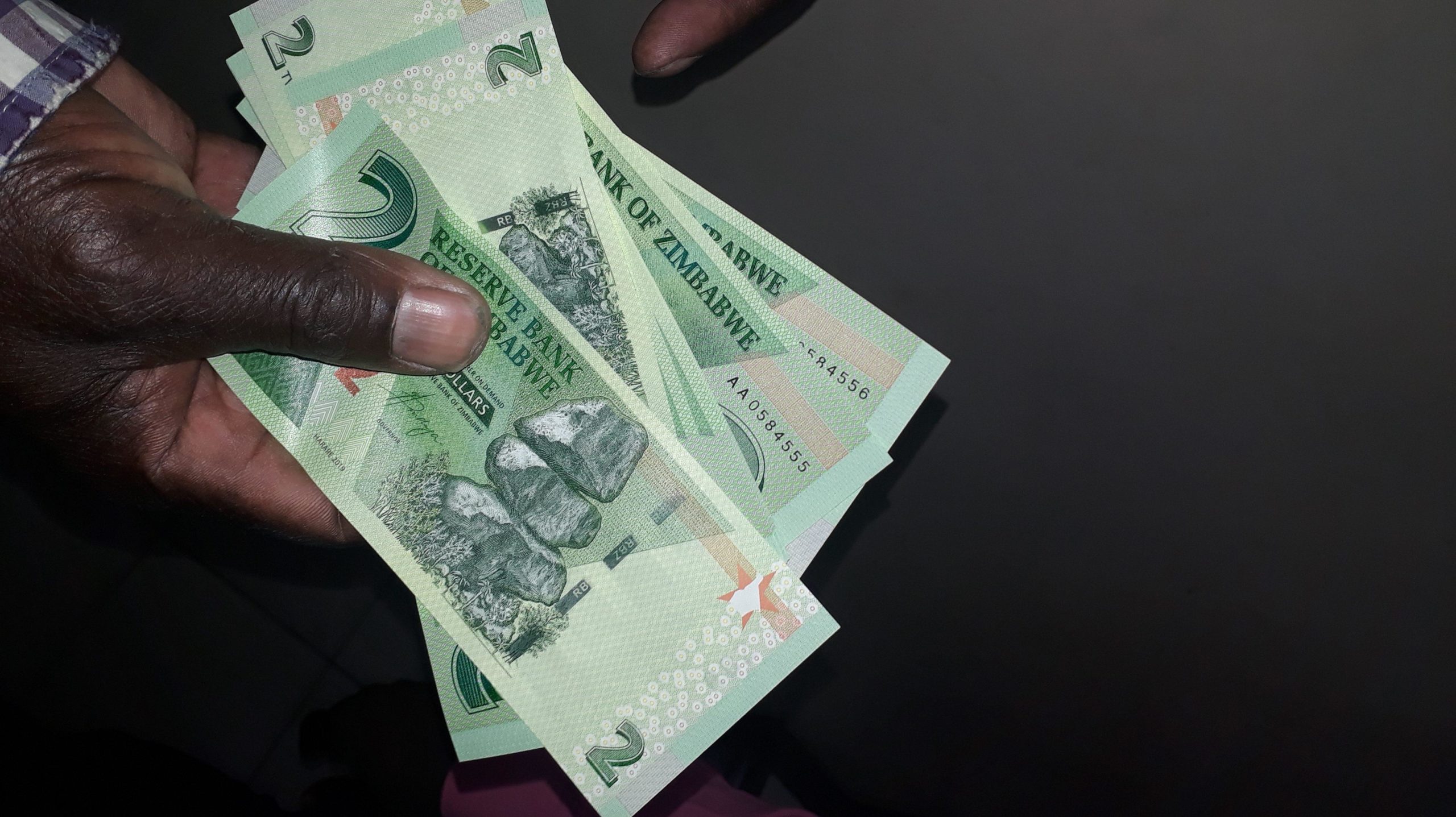 Zimbabwe has introduced new bank notes which has led to Zimbabweans forming long queues to withdraw the new money from banks and cash machines. But the effectiveness of the fresh liquidity injection will be tested this weekend when the country will be without its dominant mobile money platform, EcoCash.

Banks in Zimbabwe, including Standard Chartered and Standard Bank, started distributing the new money—in ZWL2 and ZWL5 notes as well as ZWL2 bond coins—on Tuesday. Authorities in Harare hope the supply of new notes, worth about ZWL 30 million (about $2 million on the official exchange), will end a cash crisis that has ravaged Zimbabwe for more than two years. But just $2 million is unlikely to be enough to keep the monetary system running in Zimbabwe if there’s also a mobile money shutdown.

The impact of the cash crisis has been best captured by consumers being forced to pay premiums of up to 50% to get their cash from mobile money agents as well as a run-away Zimdollar vs US Dollar parallel market exchange rate currently at 1:20 against 1:15 on the official interbank market.

The new bank notes mean Zimbabwe now has official currency notes since 2009 when the country, ravaged by massive hyperinflation, abandoned its own currency and embraced multi-global units including the US Dollar and the rand from neighboring South Africa. The new notes have evidently been on demand, with banks forced to institute withdrawal limits of ZWL100 (about $7) per day.

In the absence of cash, Zimbabweans have over the past few years heavily relied on mobile money and point of sale platforms for settlement of transactions. According to the Reserve Bank of Zimbabwe’s latest stats, mobile and internet based transactions amounted to ZWL14.57 billion (around $1 billion) for the month of August 2019, representing a 17.2% increase from the previous month.

EcoCash says it “will be carrying out a major system upgrade”. All services on the platform will be down starting 9pm local time this Saturday till 9pm the following day. For some, the disruption to EcoCash has come earlier, with some users taking to Twitter to express their frustrations at being unable to make payments at supermarkets. Zimbabwe listed Cassava Smartech, which now holds EcoCash, confirmed via Twitter that online merchant services were currently down as of Tuesday evening. For many shoppers, cash is always the default option but then cash has been in short supply in Zimbabwe.

Demand for cash has been elevated in Zimbabwe despite the over reliance on mobile money, most likely because money supply is low. The Monetary Policy Committee of the Zimbabwean central bank admits that the country’s “broad money supply of 4% is low compared to regional and international levels of 10% to 15%”.

In a  separate report, the reserve bank says “cash-based transaction values increased by 17.7%, to close at $1,046.71 million” for the month of August 2019. Transactions settled using bank cards were however also higher, rising by 20.5% to ZWL2.22 billion for the same month.

In EcoCash’s absence this weekend, the newly introduced banknotes will find more takers and users but as has been the case over the years, they may not be enough, with even more shoppers and users likely to be stranded. There is even more skepticism among economic analysts that the new notes will effectively help solve the financial crisis.

“We believe that the introduction of new notes will do little to alleviate (cash) shortages… cash withdrawals from banks have dried up due to severe shortages of physical cash, leaving the public reliant on mobile money agencies who are charging a premium. There is a growing risk that the government will revert to printing money to fund the fiscal deficit, a policy that contributed to hyperinflation in the 2000s,” said Nathan Hayes, an analyst at The Economist Intelligence Unit, on Wednesday.