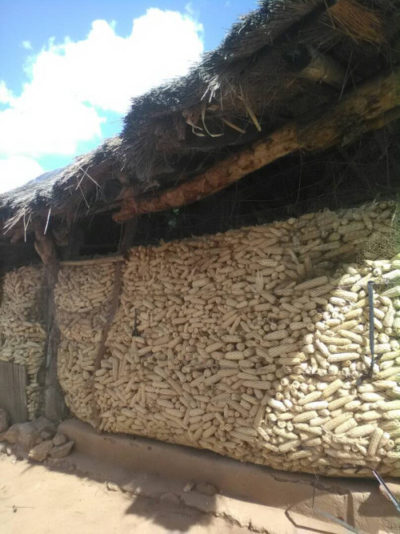 HARARE (Reuters) – Zimbabwean millers on Friday raised prices for the staples maize meal and flour as the Russia-Ukraine conflict pushed up global grain and fertiliser costs, raising the risk of hunger in a nation already fragile from COVID-19 and economic mismanagement.

The association of private millers said Zimbabwe, which expects to import 155,000 tonnes of wheat this year through October, traditionally sources most of its wheat imports from Russia, from where supplies have been disrupted by the war.

Russia is also a major supplier fertilizer to Zimbabwe, raising the prospect of further hikes in prices driven by shortages and price hikes in inputs when the planting season starts later this year.

The southern African country’s economy was already battling high inflation before Rusia’s invasion of Ukraine and the new round of food price increases will add to its woes.

The World Food Programme has said that more than 5 million Zimbabweans, a third of the population, faced hunger between January and March 2022, when the harvest season begins.

The landing price of wheat had increased from $475 before the Ukraine conflict to $675 per tonne currently, GMAZ said.

Petrol and diesel prices are up 18% and 22% since the beginning of the year, adding inflationary pressure to an economy battling a rapidly devaluing currency.

In February, month on month inflation rose by 7%, up from 5.3% in January, reflecting rising prices in the economy.

An economic rebound expected when President Emmerson Mnangagwa replaced long-ruling Robert Mugabe after a November 2017 coup has failed to materialise, feeding into rising political tensions ahead of general elections due in 2023.