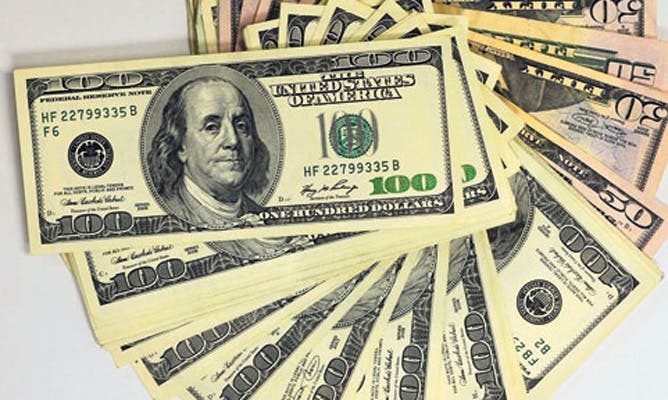 Zimbabwe’s foreign currency shortages are set to worsen due to the effects of the Covid-19 pandemic that has reduced exports and slowed down remittances, a leading research firm has warned.

“The mining sector has so far lost US$200 million,” reads part of the report.

“Tobacco farmers raised concerns over retention thresholds, the fixed rate policy given the inflationary environment and consequent impact on their earnings.
“The parallel market rate in recent weeks surged from US$1: $48 to US$1: $80, translating to 46% devaluation of local currency.

“Naturally, we expect exports and thus export receipts to come off until cross-border movements normalise.”

The majority of southern African countries closed their borders at the end of March after they started recording Covid-19 cases.

IH Securities said Zimbabwe would also suffer from reduced remittances due to Covid-19.

“According to the World Bank, diaspora remittances are expected to decline by more than 20%, impacting a critical source of foreign currency and social support into the country,” the research firm said. “International assistance and debt relief will be undermined by Zimbabwe’s fragmented debt landscape leading to even higher sovereign risks.”

The depreciation of the Zimbabwe dollar has muted all government efforts to arrest the spiralling economic problems.

“The informal sector, which accounts for more than 60% of Zimbabwe’s economic activity, will be severely impacted by a continued lock-down. “With the majority of traders being subsistence traders with minimal savings, restarting their businesses will be difficult as working capital is likely to have been consumed at this point,” IH Securities said.

“The proposed stimulus does not address the funding needs of the informal sector, with a large number of the potential participants not financially included.

We anticipate the consumer sector in general to be negatively impacted by the pandemic with consumers shifting their focus to essential items.”

IH Securities added: “The retail sector is likely to further decline while the FMCG (fast-moving consumer goods) sector focused on staples should be resilient in these times of uncertainty with food demand remaining inelastic.

“Disposable incomes, which were already under pressure will continue to moderate amidst job losses and declining sales volumes across the board except in specific, highly defensive industries.”

Zimbabwe’s currency has been on a free fall since it was re-introduced last year following a decade of dollarisation.

The Reserve Bank of Zimbabwe has introduced a number of measures to try and stabilise the dollar, but the interventions have not produced any tangible results.

Economists say the currency problems will get worse as a result of the economic problems induced by the ongoing lockdown to stop the spread of coronavirus.

Finance minister Mthuli Ncube introduced an $18 billion stimulus package to help businesses weather the storm during the lockdown, but IH Securities said the money was a drop in the ocean considering Zimbabwe’s deep economic problems.

“The stimulus package whilst necessary fails to meet the country’s requirements caused by the pandemic and a pre-existing humanitarian crisis caused by the drought,” the firm said.

“The package may not be sufficiently directed towards key but financially excluded informal sector players who are crucial to the economy.

“We now have formal communication on how the package will be funded, bank debt.

“However it seems safe to assume that we can still expect some burgeoning money supply growth which will further exacerbate inflationary pressure and local currency devaluation.”

IH Securities said a history of corruption and limited accountability pointed to a heightened risk of misallocation or abuse of stimulus package funds.