Widespread reports that former Zimbabwean commercial farmers can now apply to repossess their land under new regulations gazetted by the government, Statutory Instrument (SI) 62 of 2020, published on March 6, 2020 are misleading and provide false hope to dispossessed farmers, many of whom are destitute. 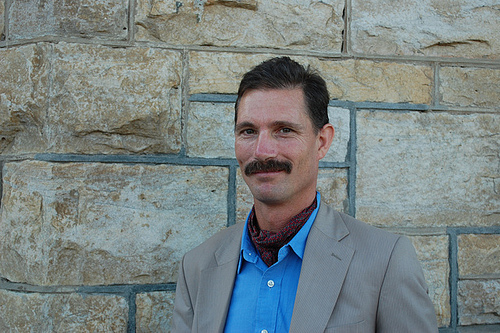 The reality is that the new rules only apply to ‘indigenous’ farmers who lost their land during the fast-track land reform programme, or to foreign-owned farms that were theoretically protected under Bilateral Investment Promotion and Protection Agreements (BIPPAs) and Bilateral Investment Treaties (BITs).

While the regulations do not define the meaning of the term ‘indigenous’, the government has consistently referred to ‘black’ Zimbabweans exclusively as ‘indigenous’ persons.

This is despite the fact that the standard definition of ‘indigenous’ applies to persons born and residing in a particular place or region – and is not exclusive to a particular race, gender or ethnicity.

A significant number of the dispossessed white farmers were born in Zimbabwe and many were second, third or even fourth generation who knew no other home. Like other dedicated farmers around the world they were committed to investing in their farms, ploughing back their profits into the land and successfully building the agro-based economy.

A legal expert who handled numerous cases involving the unilateral take-over of commercial farms from February 2000 onwards informed SADC Tribunal Rights Watch that he is aware of only three court cases involving two ‘black’ and one ‘brown’ Zimbabwean holders of land who were forced off their properties out of the approximately 4,500 original farmers.

However, Lands, Agriculture, Water and Rural Resettlement Minister Perrance Shiri said on March 20, 2020 that a total of 440 farms belonging to ‘indigenous’ people had been acquired under the Land Reform Programme.

He said that 350 of the farmers were still on the acquired land while 90 farms had resettled farmers.

With respect to BIPPAs and BITs, the new legislation suggests that the government will – for the first time – honour its promises and obligations under international customary law to respect Bilateral Protection of Investment properties.

Prior to this, a blind eye has been turned to these international agreements, despite the rulings made by the International Centre for Settlement of Investment Disputes (ICSID) – part of the World Bank Group – in the Dutch Farmers’ case (2009) and in the Von Pezold judgment (2015). Both judgments upheld Zimbabwe’s obligation to make prompt, efficient payment in a currency of the claimant’s choice.

The reason that BIPPA and BIT-protected properties are now being considered for compensation is that the bankrupt government needs the support of foreign donors and international lending institutions.

However, the legislation does not fulfil the demands of the Zimbabwe Democracy and Economic Recovery Act (ZDERA), instituted by the US government regarding its demands for re-engagement.

The purpose and intent of this SI 62 is to offer an alternative to compensation. It does not offer land and compensation, despite the mass-scale destruction that has taken place on the former commercial farms and the ruinous loss of income to dispossessed farmers over the past two decades.

Furthermore, it also provides that the alienation or restoration “of a piece of acquired agricultural land comprising only part of a farm to a qualifying applicant in terms of these regulations shall be in final settlement of any claim for compensation to the extent that the application is successful.”

It is important to note that putting a lid or cap on all compensation claims if a person gets back his title is both wrong in principle and is grossly unfair.

The reason the commercial farm land identified in this process was never legally transferred was that it had been taken forcibly, often violently or under duress from the farm owner, instead of being sold legitimately to the government for possible resettlement.

Legally, the process of compulsory acquisition demands an obligation from the government to pay prompt and fair compensation. According to international law, if this does not take place, the sale or takeover must be reversed.

Section 293 of the Constitution stipulates that “an Act of Parliament must prescribe procedures for alienation and reallocation of agricultural land by the State….”

Contrary to the implications of SI 62, there is no requisite legislation – or change in legislation – that protects reinstated land owners in all three categories: ‘indigenous’ or citizens of either a BIPPA or BIT country from being targeted again by the same legislation that led to their initial dispossession.

With regard to every BIPPA that the Zimbabwe government has signed but failed to adhere to, it is important to note that these agreements have not been incorporated into Zimbabwe’s domestic laws – a process known as “domestication” – so that they become legally binding and enforceable.

Without an Act in place for the BIPPA and BIT agreements, the government cannot – according to Zimbabwean law – offer compensation to these foreign investors.

However, should farmers turn down the offer of land in lieu of compensation, the alternative offered by government of a payment made over time and in the worthless, ever devaluating RTGS (Zimbabwe) dollar is equally unacceptable.

“Regrettably,  this piece of misleading legislation is another attempt at window dressing to make it appear that the Zimbabwe government is going to return farms to their owners and re-establish property rights – but this is not the case,” said Ben Freeth, spokesperson for advocacy group SADC Tribunal Rights Watch.

“More than 40 years after independence, one would legitimately expect that Section 56 of our Constitution concerning ‘equality and non-discrimination’ would apply with full force. The reality is that so-called ‘indigenous’ Zimbabweans have more rights than ‘white’ citizens who have been deprived of their homes, businesses and livelihoods, as well as compensation for their losses,” said Freeth.

Additionally, citizens of selected countries with investment treaties with Zimbabwe have more rights – according to the stipulations of the BIPPAs and BITs – than ‘white’ Zimbabweans citizens whose rights should be protected under the Constitution.

“As such, this legislation is discriminatory,” Freeth said. “It also goes against the Southern African Development Community (SADC) Treaty and the landmark Campbell Case judgment of November 2008 in the SADC Tribunal, the regional human rights court.”

The Tribunal held that the Zimbabwe government violated the organisation’s treaty by denying access to the courts and engaging in racial discrimination against white farmers whose farms had been confiscated under the land reform programme in Zimbabwe.

“Discriminatory laws can quickly lead to institutionalising racial discrimination. We need to do everything we possibly can to test these counterproductive laws against our Constitution and international law,” said Freeth.