Zimbabwe has a plan to end 20-year standoff with creditors

Source: Zimbabwe has a plan to end 20-year standoff with creditors | Fin24 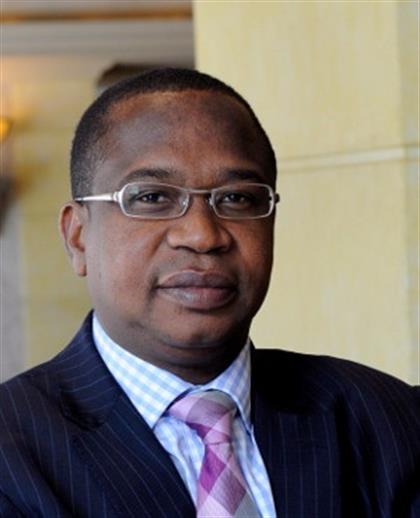 Zimbabwe’s government has said it’s ready to settle with global lenders, sell assets and make the difficult spending decisions needed for financial recovery. But with opposition protests against plunging living standards scheduled in cities nationwide, he’s in a race against time.

In an exclusive interview with Bloomberg News on Thursday, Finance Minister Mthuli Ncube dismissed rapidly accelerating inflation as “wage compression” and warned the country will have to endure four more months of economic pain. On Friday morning, police in the capital violently dispersed demonstrators protesting over the hardship his austerity measures have spawned.

“The big macro-economic decisions should be complete by year-end,” Ncube, 55, said in an interview at his office in central Harare. “In December, everything stops in terms of big decisions. Beyond that, we focus more on jobs, growth, productivity and development.”

Almost a year into the job, Ncube, a Cambridge-university trained economics professor, has reined in state spending and boosted tax revenue. But his introduction of a new currency in June, accompanied by a ban on the use of the dollar, has seen the rapid erosion of spending power with the Zimbabwe dollar trading at almost 10 to the dollar. Its predecessor, a quasi-currency known as bond notes, was officially said to be at parity as recently as February.

Now many of the country’s 400 000 civil servants, who form the bulk of the middle class, are earning less than the $1.90 a day, defined by the World Bank as the line below which people are living in extreme poverty.

Zimbabwe’s annual inflation, the release of which has been suspended for six months, is officially 176% and shortages of fuel and bread are widespread. The government’s inability to pay for adequate electricity imports has crippled the economy with power outages of as long as 18 hours a day. The measures, which Ncube conceded were painful for citizens, are necessary if the country is to regain a sound economic footing, he said.

There’s a growing risk that the economic hardship may trigger unrest similar to violence that took place two decades ago, said Japhet Moyo, the head of the Zimbabwe Congress of Trade Unions, the biggest labour federation.

“We will experience the 1999 scenario, which had no co-ordinator and riots broke out spontaneously,” Moyo said in an interview.

At least one person was injured when police charged a group of protesters in Harare’s city centre, leaving a woman lying motionless on the street before she was taken to hospital by Red Cross personnel. More demonstrations are planned next week in major cities including Bulawayo, Mutare and Gweru.

While Ncube has won praise for imposing financial discipline on a notoriously profligate government, his comments on inflation strained the credulity of some analysts. Ncube said annual inflation data showed that wages haven’t adjusted quickly enough to the new exchange rate, and not that the country is heading for hyperinflation.

“What people are feeling is really wage compression,” he said. “Prices adjusted instantly to the exchange rate, but wages have been too slow to catch up with the adjustment. The issue is about wage adjustment and I’m a big champion of wage adjustment.”

The finance minister is talking “economic gobbledygook,” said Steve H. Hanke, a professor of applied economics at the Johns Hopkins University in Baltimore. “By my measure, Zimbabwe’s inflation is the second highest in the world at 570%.” Venezuela has the world’s highest inflation.

Ncube planned reforms include establishing a nine-member Monetary Policy Committee that will reduce interest rates from 50%. Within 12 to 18 months, the nation plans to sell domestic bonds with a duration of as long as 30 years to fund infrastructure. In time, it will approach international markets, he said.

The reforms are aimed at restructuring the country’s $9 billion of external loans. Under a debt settlement plan, which Ncube said he’s discussing with creditors, Zimbabwe would complete an International Monetary Fund Staff-Monitored Program in January. It would then:

Borrow the $1.9bn it owes the World Bank and the African Development Bank from the Group of Seven industrialized nations immediately win $1bn in relief from the two lenders, which would be paid back to the G7 creditors

Expect so-called Paris Club creditors, to whom it owes $3.8bn in bilateral debt, to take a “haircut. “IMF Resident Representative Patrick Imam said conditions are not yet in place for the fund to provide financial support for Zimbabwe. The IMF’s SMP is being used to support economic and governance reforms in the country.

“Zimbabwe needs to build a track record to prove that it can implement reforms to tackle deep-rooted problems, as the hurdle rate for a financially supported program is high,” Imam said. Even Ncube’s supporters say that if his measures work, there is a lot more hardship in store for Zimbabweans.

“This situation is something which can persist for anything between three to five years of pain,” said Lloyd Mlotshwa, head of equities at IH Securities in Zimbabwe, who praised the finance minister for raising fuel and power prices that were previously subsidized by the government. “What can shorten this period is if there are funds poured in to plug the gap.”