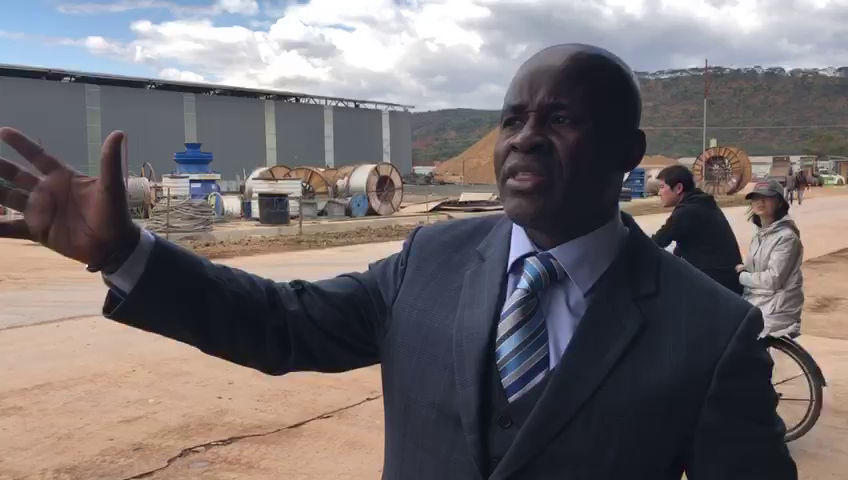 MUTARE, Zimbabwe—A Zimbabwean legislator is taking on Chinese companies that he says aren’t adhering to local laws and are abusing workers in the African nation.

China’s investments in the country should be reviewed, as they are skewed in favor of the Chinese, Temba Mliswa, an independent member of Parliament for Zimbabwe’s Norton Constituency, told The Epoch Times.

“They [Chinese companies] don’t comply with our labor laws. They are causing environmental degradation, they are violating human rights, and are involved in corruption. If Chinese investment is so good for Zimbabwe, why is the Zimbabwean economy still struggling?” Mliswa said.

China’s ambassador to Zimbabwe, Guo Shaochun, in April praised China’s relationship with the southeast African nation, hinting that China did Zimbabwe a favor by vetoing a U.N. Security Council resolution that would have imposed sanctions on Zimbabwe. In 2008, China vetoed proposed U.N. sanctions on Zimbabwe’s government, which had just overseen the reelection of autocratic President Robert Mugabe; Beijing argued that the sanctions would complicate rather than ease conflict in the country.

Vetoing the sanctions doesn’t give the Beijing regime permission to exploit Zimbabwe’s people and its resources, Mliswa said.

“Our government has been signing deals with the Chinese, but at what cost? Some of these Chinese companies are not honest. They claim to be brick molding when, in actual fact, they are mining gold. Our leadership is letting us down,” he said.

Mliswa has vowed that “the days of Chinese companies in Zimbabwe are over,” adding, “God will command us to take back our resources.”

1/ Why was Sunny Yi Feng Tiles awarded National Project status? Which other local tile manufacturer has been bestowed with such? What criteria was used? Value addition? So what investment is the country realising if there are such tax exemptions? pic.twitter.com/KuIFVmNKm3

While the worker has been deported, the assistant manager of the ceramics company, Gong Wei Lin, denied the assault allegations and told a press conference in Norton that the chief had assaulted a security guard.

The deputy chief of mission of the Chinese Embassy in Zimbabwe, Zhao Baogang, told state-owned newspaper The Herald in May that Sunny Yi Feng Tiles’ investment in Norton is one of the projects under China’s “One Belt, One Road” initiative (OBOR), an ambitious multi-continent infrastructure plan.

Regardless of importance, Mliswa said that all Chinese companies across the country need to adhere to the law.

“This mustn’t end in Norton. It’s a national issue that affects many. If Norton can be used as a case study to assist all, then it’s a start. We’ll be visiting all the Chinese-owned companies in Norton to assess the working conditions,” he said.

He added, “While my priority is ensuring regularization in Norton, many are affected and I’ll debate this matter in [the Zimbabwe] Parliament for national benefit.”

China’s investments in Zimbabwe have been growing in the past decade, but former Zimbabwe Finance Minister Tendai Biti recently warned African countries about China’s “unorthodox methods of lending to African countries.”

“They [Chinese] also tend to take some shortcuts; their due diligence is a mixture of politics and economics. So there’s no set objective standard when it comes to Chinese loan contraction. But Chinese debt is huge and Chinese debt is now populating the balance sheets of most of these African states,” Biti said, during a conference entitled “Southern Africa’s Debt Conundrum” in Johannesburg, on July 2.