Zimbabwe is on the brink of total collapse

Source: Zimbabwe is on the brink of total collapse | City Press

Global report warns of ongoing economic and food insecurity as the country lurches from crisis to crisis, write Memory Mataranyika and Tawanda Karombo

Zimbabweans are facing a bleak few months beyond the festive season as a financial crisis – characterised by rising hyperinflation, foreign and domestic currency shortages, and company closures – worsens the plight of the populace in an economy already burdened by drought and the ongoing effects of Cyclone Idai.

There is more bad news: the crisis will persist for a long time to come, say economists and analysts.

They have warned Zimbabweans that they may have to become accustomed to life without essentials such as electricity, food and healthcare – a situation worsened by the doctors’ strike, over pay and poor working conditions, that has lagged for nearly three months.

The drought has been dire, exposing more than 2 million people to hunger and even starvation if there is no immediate intervention.

The US-based Famine Early Warning Systems Network – a leading provider of information and analysis on food insecurity – puts the effects of Zimbabwe’s current food insecurity into greater perspective in its November report, released this week.

The report warns that “large-scale assistance needs persist and are expected to continue through at least the start of the main harvest” in April 2020.

“The high parallel market exchange rates for foreign currency still largely influence the pricing of most goods and services,” says the report.

“This is impacting a large proportion of the population, whose earnings in local currency are vastly eroded.”

President Emmerson Mnangagwa’s government had hoped to address some of the distortions in the financial sector by having Zimbabwe ditch the use of foreign currencies – in place since 2009 at the height of hyperinflation – and bringing back the Zimbabwe dollar.

The Zimbabwe dollar marked its return earlier this year, and new notes bearing its insignia were introduced about two weeks ago.

However, this has not eased pressure on the economy, say economists.

One of the major criticisms against reintroducing the Zimbabwe dollar has been its immediate loss of value, with companies such as Nampak taking a R2 billion knock, attributed mainly to the financial volatility in Zimbabwe.

The JSE-listed company said this week that it had “provided for an expected loss” on R800 million in cash balances from the Zimbabwe currency unit.

For South African retailer Pepkor, Zimbabwe’s failing economy and soaring inflation have resulted in the company relinquishing its majority shareholding in Power Sales, a clothing retailer with operations across Zimbabwe.

Chris Mugaga, CEO of the Zimbabwe National Chamber of Commerce, said the new notes were never meant to address the dire economic situation.

Rather, he said, the introduction of the notes and coins, which the Reserve Bank of Zimbabwe expects to bump up to Z$1 billion within the next six months, was merely aimed at substituting electronic balances with local hard currency.

“It was a misconception to expect the new money to stabilise the economy,” he told City Press this week.

“The point was for us to keep in line with best practice in terms of benchmarking hard currency in the economy against the total money. For Zimbabwe, we are looking at a current figure of below 2%, but internationally, it has to be between 10% and 15%.”

Mugaga explained that Zimbabwe’s economy was highly informalised, with more than 60% of it classified as the “grey economy”, describing a high demand for cash.

“The Reserve Bank has not pumped money into the economy; it is not inflationary because they have not pumped new money on top of the electronic balances.

“It is a matter of withdrawing electronic balances and substituting them with hard currency.”

But the inflation figures tell another story. The latest official figures show month-on-month inflation accelerating from 17.7% in September to 38.8% in October.

For Taurai Nyanga, a 31-year-old part-time teacher in Harare, the cost of living continues to escalate beyond his means, and the financial and economic meltdown is taking its toll.

He supplements his salary by giving extra lessons.

“If it is this difficult for those of us who have some form of an income, I feel for those who do not have anything. You can only get Z$300 from the bank and to do so, you have to wake up early or be prepared to spend the whole day there – yet you cannot buy much with the money. This week, I had to sell the cash I got from the bank to have some extra money,” said Nyanga.

John Mangudya, the governor of Zimbabwe’s central bank, is in a difficult position as he tries to address the hard-currency shortages while battling inflationary pressures.

He said this week that new, higher-denominated Zimbabwe dollar notes would be introduced: “While managing money supply to avoid inflation, we will soon introduce higher denominations. This is necessary to enhance convenience to the transacting public.”

“In an environment of spiralling price increases, the new notes will purchase little,” he said, adding that “ongoing inflation and currency depreciation” would further erode their value.

“In order to really boost conditions in the economy, the government needs to boost confidence in the Zimbabwe dollar, and to improve its purchasing power and ability to retain value. Improving economic fundamentals will therefore be vital as a precursor to successfully introducing a new currency,” said Hayes.

Hayes and other analysts focusing on the fundamentals of Zimbabwe’s economy say the sanctions imposed on individuals and some companies by the US and the EU do not constitute “restrictions on investments into Zimbabwe or trade” with the southern African country.

“The sanctions target both specific individuals and companies. Zimbabwe’s current economic crisis is not the result of these targeted sanctions, and can be attributed to decades of economic mismanagement and corruption,” said Hayes.

Jee-A van der Linde, an economist at NKC African Economics, had a more nuanced take on the matter.

“There is some credibility to the Mnangagwa administration’s claim that they have a raw deal,” he told City Press this week, but was quick to add that “the administration has done its fair share to prove that international reservations” on the government and its policies were warranted.

“Perhaps there is an argument that the regime’s hands are tied with regard to making economic progress, but it has absolute freedom to clean up its governance act and begin to demonstrate that the Robert Mugabe era really is behind it,” said Van der Linde.

“Essentially, it is up to the government to get its act together.”

Although Mnangagwa and regional Southern African Development Community leaders want the targeted sanctions lifted, analysts have said there are no immediate prospects of that. 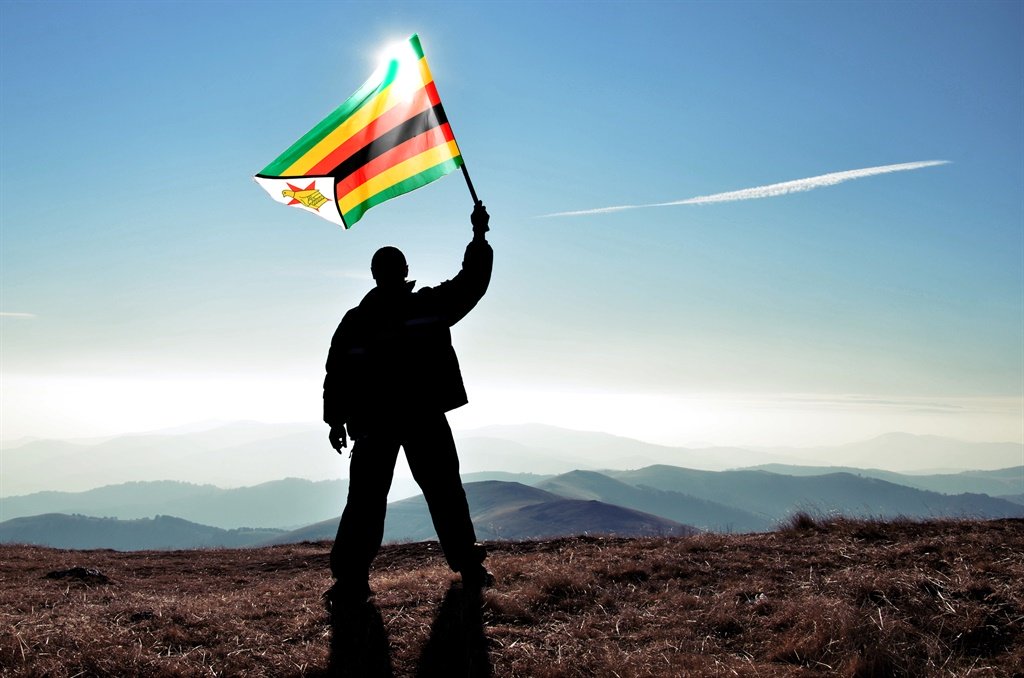 If things don’t turn around in Zimbabwe soon, it could drag the entire region down with it, experts believe. Picture: iStock/Gallo

Opposition leaders in Zimbabwe say the government has to speedily factor in political and electoral reforms first. Opposition party The Movement for Democratic Change (MDC) has maintained pressure on Zimbabwe’s ruling Zanu-PF party, but has encountered police resistance in staging its anti-government demonstrations.

MDC deputy president Tendai Biti called the sanctions mantra coined by the government a “false narrative of deception, deflection, diversion and deceit” which sought to “deflect from the illegitimacy and failure of the incompetent” current regime.

Moreover, the US Senate Committee on Foreign Relations tweeted this week that the crisis in Zimbabwe was causing its citizens great hardship and challenged Mnangagwa “to work with, not against, his people to end corruption and implement reforms to restore the economy and end the suffering” of the populace.

Mnangagwa took over from former leader Mugabe after a coup in 2017. He has insisted that sanctions are hampering the country’s economic recovery.

The Cyclone Idai disaster, which hit Zimbabwe in March, has added to the government’s woes.

Analysts believe that apart from the infrastructure destruction, the cyclone also affected agricultural productivity across crops such as grain, tea and coffee.

Hayes said there was a growing risk that the government would revert to printing money to fund the fiscal deficit.

This is the same policy that contributed to hyperinflation in the 2000s, following massive growth in the money supply base.

In his 2020 budget presentation, delivered in October, Finance Minister Mthuli Ncube announced the end of austerity measures which have seen prices for fuel, grain and electricity escalate, thanks to the removal of subsidies.

Ncube and Mnangagwa have said that the economy will improve next year.

But tension is running high as Zimbabwe’s economy continues to plummet, exacerbated by frustrations over the financial situation.

Fuelling more anger are the weekly price increases in fuel, the lengthy electricity outages and the continued political standoff between Mnangagwa and his main rival, MDC leader Nelson Chamisa.