Source: Zimbabwe is ‘open for business’ but its struggling citizens would say otherwise – The National 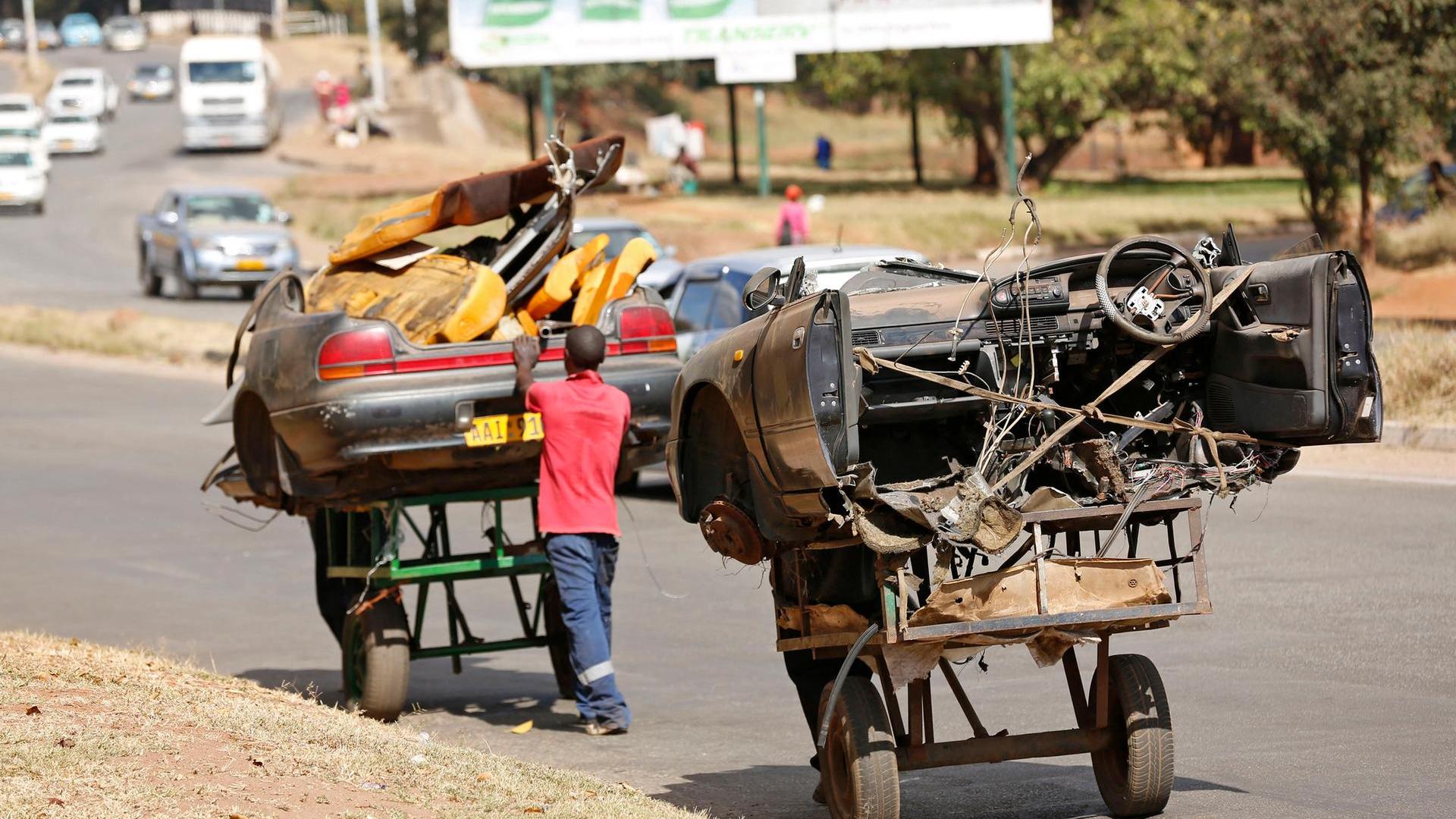 Under new leadership, sweeping reforms and financial aid is falling short of turning the country’s fortunes around

Charges laid against a white farmer for refusing to hand over his estate to a black politician’s son demonstrates that Zimbabwe’s new leadership is struggling to enforce the reforms needed to turn the country’s fortunes around.

In late May, Swiss national Richard Le Vieux, who ran a successful coffee, avocado and macadamia nut export business for three decades, appeared in court in the Chipinge district, charged with refusing to vacate part of his Farfell coffee estate.

Under former President Robert Mugabe, Zimbabwe enacted laws to allow black people to claim farms owned by whites. However, Mr Mugabe was ousted in 2017, and his successor Emmerson Mnangagwa promised to end evictions and compensate affected farmers, as part of his drive to attract investors with the promise that “Zimbabwe is open for business”.

Eighteen months has passed since the coup that unseated Mr Mugabe took place, and Zimbabwe’s efforts to re-invent itself appear to be coming unstuck. The arrest of Mr Le Vieux comes at the worst possible time for the country.

“This absolutely makes me angry,” says Vince Musewe, an economist at Manicaland Capital Partners in eastern Zimbabwe. “I am busy trying to promote investment and this happens. And of course it increases perceived country risk.”

This year, Zimbabwe has seen its worst maize harvest in a decade, leaving up to 5 million people facing hunger. A devastating cyclone plunged large swathes of land underwater in the eastern part of the country in March. Before that, a drought had delayed crop planting.

At the same time, many of the once-thriving commercial farms are under-utilised, occupied by subsistence farmers who struggle to produce commercial quantities of crops for resale. As part of Zimbabwe’s attempt to revive its agricultural sector, the government pledged to pay reparations to evicted white farmers, those in financial straits and the elderly, to help them get back on their feet.

The government estimates it will pay out $3 billion, although the Commercial Farmers Union puts the figure at closer to $10bn. The two sides are still negotiating the final number.

Payment to those in financial difficulty has also begun, finance minister Mthuli Ncube said in a statement last week, with 737 farmers registered.

However, as the warrant issued against Mr Le Vieux indicates, not everyone in the Zimbabwean ruling elite is on board with reversing the Mugabe-era land policy.

“White farmers who were expropriated without compensation in Zimbabwe have high hopes to receive the first interim compensation this week, but apparently some government officials are still trying to block it,” he said.

Making peace with the farmers is not only about bringing stability to agriculture – it is also about ending targeted sanctions on the country. Currently, the US, in particular, maintains a list of senior government officials that cannot do business – or travel to – the US.

Targeted sanctions were introduced in the early 2000s, when Grace Mugabe notoriously would regularly commandeer aircraft from the state airline, Air Zimbabwe, to jet off to London and go for marathon shopping sprees at Harrods.

The Mugabes were barred from the US and Europe, as were senior Zanu PF officials. Among them was Mr Mnangagwa himself. In the years since, Zanu PF leaders have used the sanctions to muddy debate, blaming them for the country’s poor financial health.

At the same time, the US has enacted a piece of legislation to financially support a democratic government in the country, The Zimbabwe Democracy and Economic Recovery Act (Zdera). This has yet to take effect, according to the US embassy in Harare.

“Only 140 out of 16 million Zimbabweans are on the targeted sanctions list,” US ambassador Brian Nichols said via the official US Harare embassy Twitter account. “Zdera has never been enacted, but if the government delivers on the reforms it committed to, Zimbabwe will meet the requirements of Zdera.”

The raising of sanctions has, therefore, become something of a rallying cry for Zanu PF supporters over the years.

Mr Mnangagwa may have hoped lifting them following the end of farmland grabs would have cemented his shaky authority over the party, and served as an easy public relations win for his administration.

Mr Mnangagwa himself has pushed this line. “Our economy was greatly affected by the sanctions imposed on us nearly now close to 18 years,” he said in Harare last week, quoted in state media. “Under the new dispensation, we have said with or without sanctions, we must focus on developing our economy.”

The offer to compensate farmers in spite of the country’s dire financial position may be a sign of just how desperate Mr Mnangagwa is to do just that, analysts say.

In the meantime, Zimbabwe must now contend with food shortages and a restive population. In a touch of irony, some of the emergency food imports it needs will likely come from ex-Zimbabwean farmers now settled in neighbouring countries such as Mozambique and Zambia.

By some estimates, nearly half of commercial farmers in Zambia are Zimbabweans. Zimbabwe has made efforts to lure them back, offering 99-year leases and making promises of low-interest loans.

However even if they wanted to return, they would struggle to rebuild in a fluid environment where money is in short supply. Banks continue to ration how much depositors can withdraw. The primary currency since 2009 has been the US dollar, which of course Zimbabwe cannot print. Instead it relies on export earnings to bring dollars into its system.

Now, with the arrest of Mr Le Vieux, selling the return narrative will be even more difficult. The issue has clearly alarmed the Zimbabwean government, and state media reports that the matter is “being discussed at the highest level”.

Still, it does show that Mr Mnangagwa’s authority is not guaranteed. Many of Mr Mugabe’s supporters want the remaining white farmers to be evicted. Mr Mugabe, his family and inner circle benefited directly from the evictions. The Mugabes took personal possession of farmland, with some reports saying they owned as many as 21 at the time of his removal from office.

In May, debt collectors said they would soon auction off equipment on the Mugabes’ farms to pay off debt. Trucks, tractors and harvesters will go under the hammer, while the farms themselves will likely end up owned by the state.

It now remains to be seen whether Mr Mnangagwa can overcome sceptism that his administration can undo years of misrule and return the agricultural sector to prosperity. He was after all a central figure in the Mugabe administration since it was formed in 1980.

Zimbabwean analyst Hopewell Chin’ono says it is easily forgotten that Mr Mnangagwa was part of the cabinet that crafted the country’s land reform programme.

“Someone once told me that Zimbabweans were silly to believe that Robert Mugabe was authoring Zimbabwe’s miseries alone,” he says. “It is now self-evident that he was only the face of the script, and that the authors are the ones who are now in charge. His removal has changed little.”