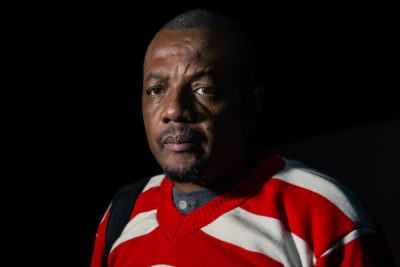 Chin’ono recently spent nearly six weeks in prison on accusations of supporting an anti-government protest. He was released on bail in September pending trial.

Chin’ono is being held at a police station in the capital, Harare, said Roselyn Hanzi of Zimbabwe Lawyers for Human Rights, an organization representing the outspoken journalist.

He was charged with contempt of court for making a post on Twitter that allegedly impaired the dignity of Zimbabwe’s Chief Justice Luke Malaba, said Hanzi. If convicted Chin’ono faces a fine or up to one year in prison, according to the charge, she said.

Chin’ono is one of Zimbabwe’s most prominent critics of President Emmerson Mnangagwa’s administration, accusing it of corruption and human rights abuses. The government denies the charges.

Before he was arrested in July, Chin’ono had published an expose on Twitter in which he alleged corruption involving a $60 million purchase of protective equipment for health workers. Mnangagwa later fired the health minister, who has been formally charged with corruption in the case.

Journalists’ organizations, western embassies and human rights groups at that time said Chin’ono is being punished for exposing government corruption.