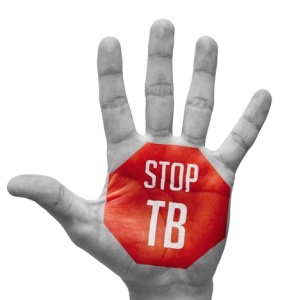 Nationwide TB screening programmes implemented by the Ministry of Health and Child Care and its partners have contributed to the country’s TB incidence rapidly declining. Over the period 2010-2017 TB incidence in Zimbabwe declined by 10% per year compared to the worldwide decline of two percent per year.

This rate of decline is very impressive and is higher than the that for the WHO African Region which was four percent per year and Southern African countries which ranged between four to eight percent in the period 2013-2017.

At this rate, Zimbabwe is one of the high burden TB countries that is likely to meet the End TB and the Sustainable Development Goals (SDGs) targets of reduction of TB incidence by 90 percent by 2030.

Speaking during World TB Day commemorations held in Matabeleland South, Mangwe District end of March, Deputy Director Ministry of Health and Child Care’s, AIDS and TB Unit, Dr Charles Sandy said a government-led community-based nationwide TB screening of high risk groups such as miners, people living with HIV and diabetics to identify cases that could have been missed during interventions, was bearing fruit. He said they are looking at expanding targeted community screening of TB in high risk areas through dispatching outreach teams with trucks equipped with X-ray machines and laboratories for on spot TB screening in order to get the national target of 90 percent.

The Health Ministry has so far expanded diagnosis services and diagnostics capacity by introducing new technologies for TB diagnosis and bringing the services closer to the communities. So far there are four trucks and there are plans to have at least one truck in each of the 10 provinces of the country.

According to the Minister of Health Dr Obadiah Moyo, in a speech read on his behalf, Zimbabwe has made strides in reducing TB mortality from a peak of 25 TB deaths per 100 thousand in 2006 to 12 per hundred thousand in 2017.

Unpacking this year’s World TB Day theme: “IT’S TIME: To find, and treat all TB cases,” the International Union of Tuberculosis and Lung Diseases (The Union) country director Dr Christopher Zishiri said Zimbabwe has done well in TB management but more needed to be done to account for missing cases of the disease.

The National TB patient cost survey was aimed at documenting the magnitude and main drivers of TB patient costs in order to guide policies on cost mitigation for the purpose of reducing financial barriers to TB treatment access and adherence.

The results of the TB patient cost survey were presented at a Pre-commemoration conference held at Holiday Inn in Bulawayo a day before the commemoration.

The survey, which is in line with the objectives of the Global End TB Strategy, that no TB patients or their households should face “catastrophic total costs”, gave insights on how TB patients and their households suffer economic burden and worsening existing levels of income and wealth as a result of the disease.

Cost implications include medical and transport costs associated with seeking and receiving health care, and loss of income. These costs have created access and adherence barriers which in turn affect health outcomes and increase the risk of disease transmission.

Despite progress in reducing TB incidence, more investments are required to sustain the efforts to find and treat all the missing cases as this will assist the country to further reduce incidence, mortality and protect them from suffering catastrophic costs related to TB.