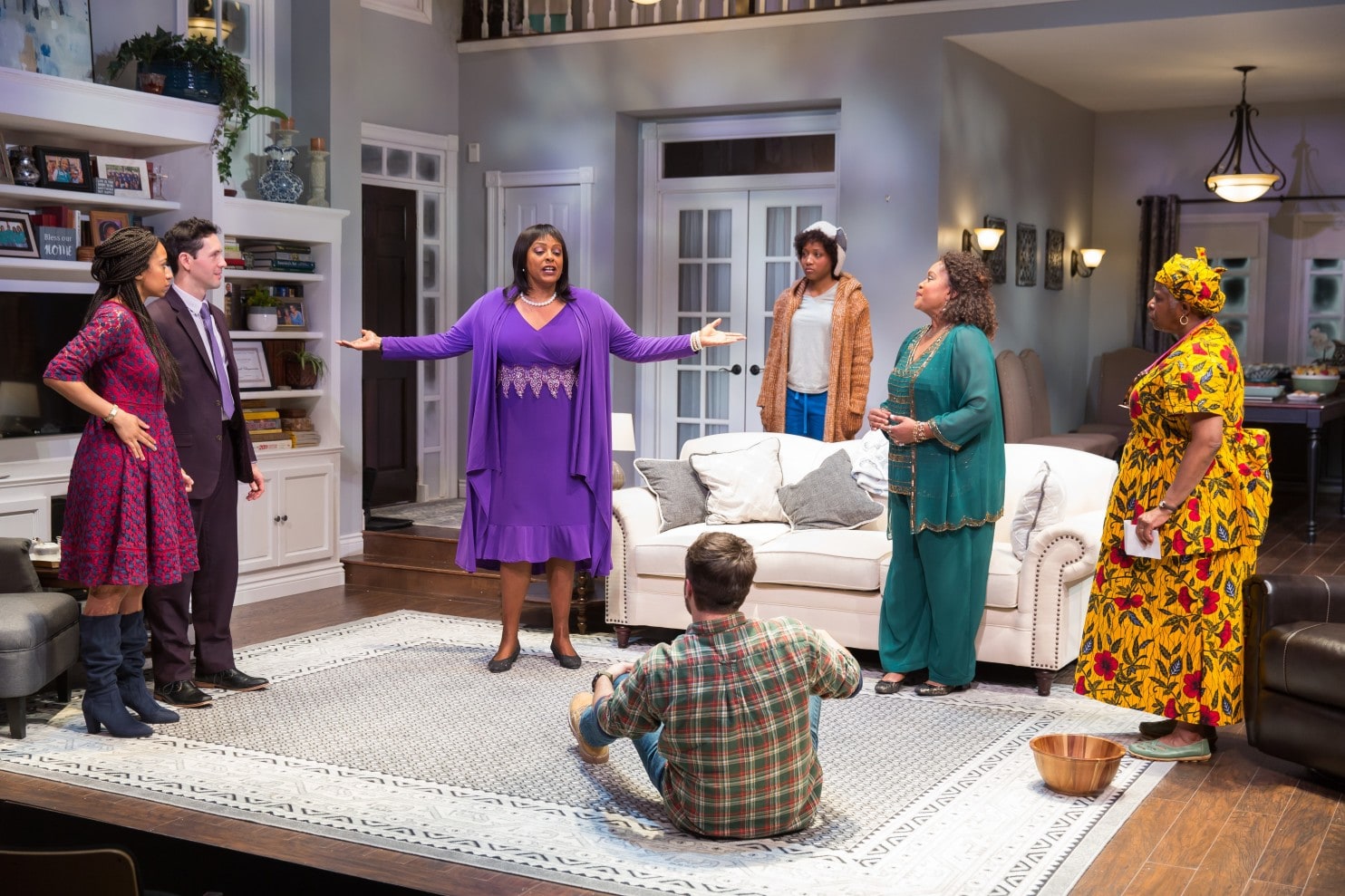 Has Danai Gurira, who plays the fierce warrior Michonne on the zombie hit “The Walking Dead,” really written a gentle family farce? And is Woolly Mammoth, long branded for edgy theatrical disruptions, offering a feel-good comedy?

Yes and yes. Gurira’s “Familiar” is funny and warmhearted while remaining true to the serious turf she claimed in her earlier plays “Eclipsed,” “The Convert” and “In the Continuum.” Gurira is interested in African stories, and “Familiar” sticks close to her roots as the Iowa-born daughter of Zimbabweans. Some of the dialogue on race and cultural friction was so on point that during Friday night’s opening, the hippest pockets of the audience snapped their fingers in approval.

Minnesota is the setting, and the comfortable two-story home designed by Paige Hathaway looks like the sort of staid suburban milieu Woolly likes to blow up or burn down. But “Familiar” isn’t like that. It skates merrily on one of the oldest plots in the world, an impending marriage that often hilariously bends the academic Zimbabwean American family out of shape.

You’d think the issue would be Chris, the Christian white man whom the impeccably put-together 34-year-old lawyer Tendi (also Christian) wants to marry — Tendi’s mother, Marvelous, makes insulting remarks about what she calls “happy-clappy” churches. But faith and race are nothing compared with the tension that arises when Tendi’s aunt Anne arrives from Zimbabwe.

Tendi and Chris want a quickie version of a traditional Zimbabwean wedding ceremony before everyone dashes off to the rehearsal dinner. Not so fast, Anne says, asserting her privilege as an elder and as the keeper of conventions. 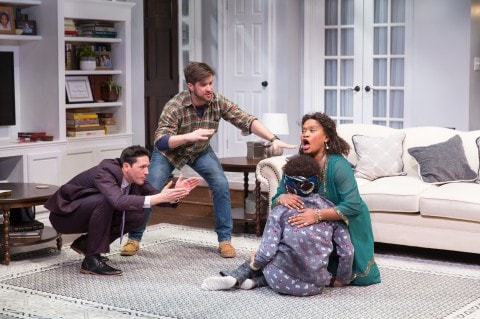 For the first act’s 75 minutes, Gurira scripts this like a vintage farce unfolding in real time. Family members come and go and squabble at top volume, and director Adam Immerwahr, artistic director of Theater J, smoothly navigates the flow as the family cheers a U.S. football team yet disagrees on whether Tendi and her younger sister Nyasha should have been taught the Zimbabwean language Shona. (They weren’t.)

The strength of the show is the radiant cast that pulls the pin on explosive laughs and leaves emotional room for the long, serious twist at the end. Inga Ballard’s Marvelous is an imposing maternal force, clearly dominant in the house she runs with husband Donald (a strategically quiet Kim Sullivan). Sharina Martin’s Tendi, in tall boots and a stylish skirt, comes across as fully American, especially as she tries to hurry Cheryl Lynn Bruce’s ambling Anne.

Bruce anchors the funniest stretches of the play. Tendi has asked for a taste of Zimbabwe, but Bruce’s indomitable Anne brings a full banquet. As Chris and his gung-ho brother Brad, Drew Kopas and Andy Truschinski are amusing supplicants obeying Anne’s commands. The ensemble is rounded out by Twinkle Burke as the well-dressed but unhappy aunt Margaret and Shannon Dorsey as Tendi’s artsy sister Nyasha, who is as caught between cultures as anyone.

The play is one of the standouts of Washington’s current Women’s Voices Theater Festival, even though it slows notably in the second act as Gurira unwinds a long-hidden secret and lets everyone have their say. The comic structure is not ingenious, but the spirit is so buoyant — and Gurira’s feeling for her people is so deep — that “Familiar” earns a little indulgence.