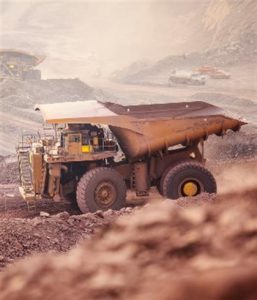 HARARE (Reuters) – Zimbabwe’s mining sector was subdued in the first quarter due to a severe dollar crunch that affected production, with gold the most hit, the mining chamber said, adding some bullion miners had experienced recently introduced power cuts.

Mining generates most of the export earnings for the southern African nation, which faces a severe shortage of dollars that has led to a scarcity of fuel and medicines.

Isaac Kwesu, CEO of Chamber of Mines, which represents large mining companies, said mines had during the first quarter to March faced delays in getting their dollar payments from the central bank.

Miners, including those of gold and platinum, are paid dollars for half of their output while the balance is paid in the local RTGS dollar currency.

Initially, miners faced delays of up to 12 weeks to get their U.S. dollars but the time leg had been reduced to 2 weeks, although miners want to be paid in one week, Kwesu said.

“Preliminary figures indicate that the first quarter was not a good performing period for our mining industry as most key minerals recorded some negative growth,” Kwesu told reporters.

Kwesu said he expected mining production to improve as mining firms receive their dollars quicker and get more in local currency as the RTGS dollar continues to weaken.

Miners say they want to be allowed to keep 70 percent of their dollar earnings to allow them to import equipment and mining consumables, including fuel, in a timely manner.

Gold deliveries to central bank unit Fidelity Printers and Refiners, which buys all the country’s gold, declined to 6.5 tonnes from 7.3 tonnes during the January-March quarter.

Zimbabwe produced a record 33 tonnes last year and has set a target of 40 tonnes this year.

“There has been some loading shedding in some of the gold mining houses but not that significant to affect performance yet because this is a recent problem,” Manhando said. (Reporting by MacDonald Dzirutwe; editing by David Evans)