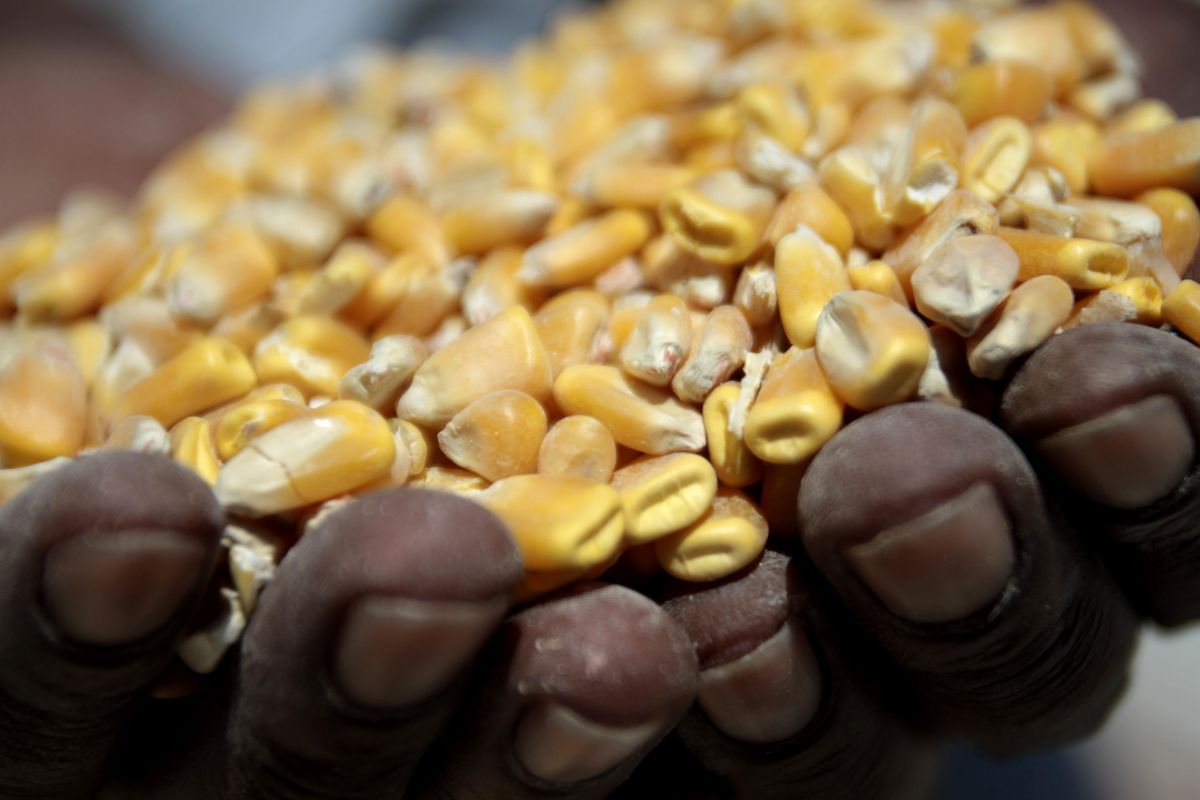 Zimbabwe has quietly lifted a ban on imports of genetically modified corn for the first time in 12 years as the southern African nation begins to take action to avert what could be its worst famine.

While genetically modified corn imports from South Africa are being allowed, the grain is carefully quarantined and is milled into cornmeal, a national staple, three officials with knowledge of the situation said, asking not to be identified as an announcement has not been made. Currently, cornmeal used to make the staple food known locally as sadza is in short supply across the nation.

Zimbabwe is battling its worst drought in 40 years and is in the midst of an economic collapse. That’s left about 8 million people, or more than half the population, in need of food aid.

Aside from in South Africa, genetically modified corn is shunned across sub-Saharan Africa and in Zimbabwe, steps are being taken to ensure the grain doesn’t enter national seed stocks. A logistics team has been sent to South Africa to have oversight of the grain-import exercise, one of the people said. Plans are also underway to provide special clearance for trucks bringing in the grain to avoid delays at southern Africa’s busiest border, Beitbridge between South Africa and Zimbabwe.

“Government weighs its position on genetically modified corn against the nutritional needs of the nation and proceeds guided by that assessment,” said Nick Mangwana, the government’s main spokesman, without saying whether the ban has been lifted.

The country’s corn harvest is expected to plunge by more than half this season and there is a likely supply deficit of between 800,000 tons and 1 million tons.

Weekly imports of white corn, the variety used mainly for human consumption in the country, reached their highest in almost seven years, with 13,688 tons imported in week ending Jan. 24.

The millers association on Jan. 22 said it had signed up for a monthly supply of 100,000 tons of corn from South Africa. Until now there has been little evidence of sufficient corn imports coming into the country.

Jannie de Villiers, chief executive officer at Grain SA, said it was possible for genetic corn to be separated and sent straight for processing and Zimbabwe had done this previously.

“Historically, Zimbabwe only imports genetically modified-free corn, not because of food safety concerns, but seed safety concerns. Strategically, they do not want to be dependent on seed from multinational companies,” de Villiers said in an emailed response to questions.

The industry and commerce ministry has 65 registered millers that have signed up for its corn-subsidy program, which the government rolled out in December last year and is meant to provide affordable corn-meal.