Zimbabwe offers a way to test blockchain’s worth

Source: Zimbabwe offers a way to test blockchain’s worth – Nasdaq.com 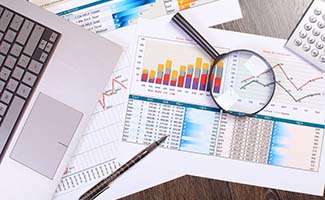 In its purest form, blockchain technology, which underpins cryptocurrencies like bitcoin, removes the need for a central authority to validate currencies by standing behind them. New units can be “mined” by clever coders who get paid in the currency for their efforts, and the money supply can be subject to an upper limit. The public bookkeeping side of blockchain would also show if Harare was trying to fund budget deficits by issuing electronic IOUs of questionable value to domestic banks, as it has for the last five years. To Zimbabweans weary of having their savings wiped out by inflation, that is appealing.

As a piece of public policy there are obvious downsides. Bitcoin miners use a lot of electricity, and cryptocurrencies are volatile, making them hair-raising as a store of value and a medium of exchange. Bitcoin’s total issuance can also never top 21 million, making it potentially deflationary. All that said, Zimbabwe’s current currency is hardly reliable, and different forms of cryptocurrency can be tweaked to accommodate economic growth. Most promisingly of all, for the last decade Zimbabweans have been living in a dollarised economy, in which citizens use the U.S. currency with zero control over its price.

The real challenge for a home-grown blockchain variant – zitcoin, perhaps – would be who calls the shots on supply creation. It obviously couldn’t be the Zimbabwean central bank. But outsourcing the task even to an enlightened outsider like the International Monetary Fund would be controversial. It’s not often a near-failed state has a shot at being a new-age trailblazer – but there’s a reason why it doesn’t often happen.

– Zimbabwe’s central bank said on Feb. 22 it was devaluing its domestic currency by 60 percent against the U.S. dollar.

– Finance Minister Mthuli Ncube said on Feb. 25 the new currency would be backed by fiscal discipline, adding that the government would allow it to fluctuate but would manage excessive volatility.

– Before the devaluation, Zimbabwe’s de facto domestic currency, which had a nominal 1:1 value to the U.S. dollar, was trading at a discount of as much as 75 percent.

– Harare scrapped the Zimbabwe dollar in 2009 after hyperinflation that topped out at 500 billion percent. In its stead, it adopted the U.S. dollar and South African rand.