Zimbabwe on security alert as price of fuel soars 50% 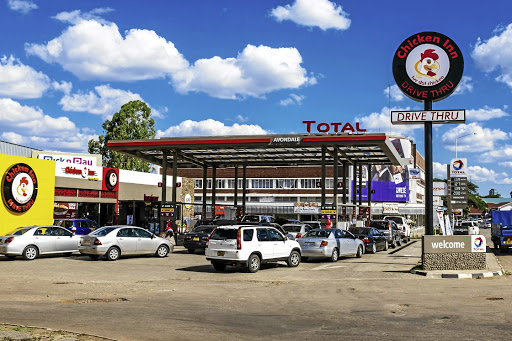 A unit of France’s Total in Harare. Picture: BLOOMBERG

Harare — The price of fuel in Zimbabwe rose nearly 50% on Tuesday as the country’s economic crisis continued to bite.

The hike in fuel prices is expected to cause yet another flurry of price hikes, which could in turn push up inflation, currently at a 10-year high.

In January, Zimbabwean President Emmerson Mnangagwa announced a 150% jump in fuel prices, triggering widespread protests that led to the deaths of 17 people after a brutal military crackdown.

The country is currently on “security alert” owing to growing public anger against Mnangagwa’s government, which seems to be at its wits-end about solving the economic meltdown.

In a statement on Tuesday, the Zimbabwe Energy Regulatory Authority (Zera), which regulates the industry, announced it had approved an increase in the price of diesel and petrol. The approval came just hours after it threatened fuel companies that raised prices or withheld fuel from the market.

In an earlier statement, Zera had said there would be no fuel hike, only to reverse its position in a sign of the growing confusion in Mnangagwa’s administration.

“Zera advises that in terms of … the new measures taken by the Reserve Bank of Zimbabwe on fuel procurement based on the interbank rate, applicable prices for the period May 21-26 are: maximum pump price for diesel RTGS$4.89 and petrol RTGS$4.97,” Zera said in a statement.

On Monday, the Reserve Bank of Zimbabwe directed that it would now buy dollars to import fuel on the interbank market.

The central bank introduced a new local currency and an interbank market in February to allow companies and individuals to trade in forex.

Importers of fuel were, however, allowed to buy dollars from the central bank at a rate of 1:1 to the greenback.

Zimbabwe is experiencing its worst economic crisis in a decade owing to food insecurity as well as shortages of foreign currency, fuel and medicines.

Last week, the US issued a warning to its citizens seeking to travel to Zimbabwe over “possible civil unrest” in the Southern African country.