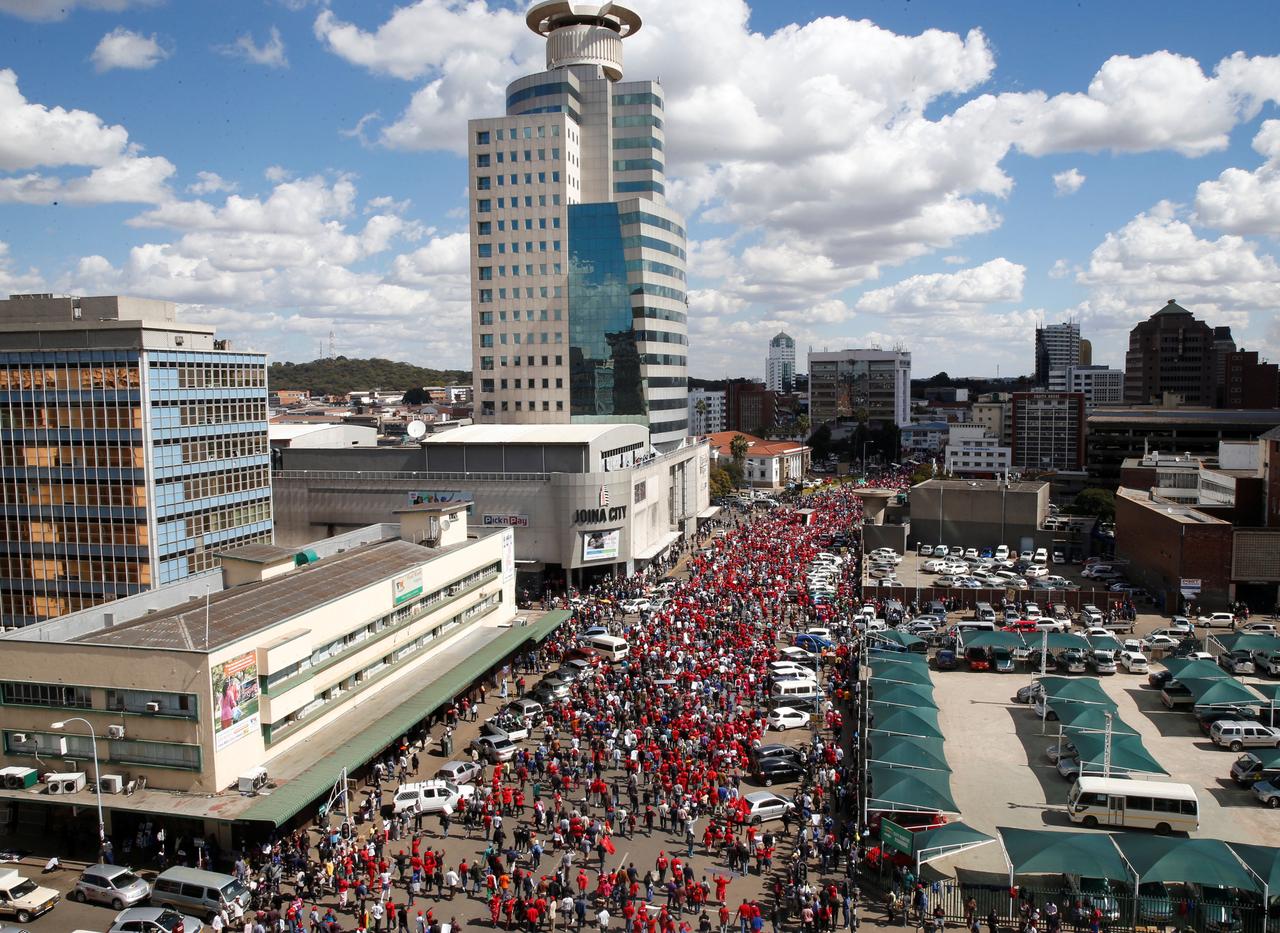 Zimbabwe will choose a new president and members of parliament on July 30 in the first election since Robert Mugabe was forced to resign after a de facto army coup late last year.

HARARE (Reuters) – Zimbabwe’s main opposition party marched to the independent election agency for the second time in as many months on Wednesday, demanding reforms it said were vital for a credible vote this month.

The election will pit Mugabe’s successor Emmerson Mnangagwa and his ZANU-PF party against challengers led by Nelson Chamisa of the Movement for Democratic Change (MDC).

Thousands of MDC supporters in the party’s red colors and holding placards that read ‘No Reforms, No Elections’ and ‘No to vote rigging’ marched to the Zimbabwe Electoral Commission (ZEC) in Harare, where MDC leaders are expected to hand in a petition with their demands.

“ZANU-PF is shamelessly trying to steal the election by using ZEC,” Costa Machingauta, an MDC member of parliament told the crowd.

The MDC is wary of any attempt to put it at a disadvantage to Mnangagwa and ZANU-PF, insisting there be a deal on how to design, print and store ballot papers.

At the last march in June, Chamisa said the ZEC should allow an independent audit of the new voter register and ensure equal coverage by public media, among other demands.

Chamisa has rejected the ballot papers being printed by the ZEC. However, its chief Priscilla Chigumba has said her commission alone is empowered to deal with the issue, and demands by the MDC are meant to usurp its powers.

A European Union election observer mission urged the ZEC last week to be more open about the printing and storage of the ballot papers to enhance the credibility of the vote.