Source: Zimbabwe opposition on the ropes as MPs leave and faction sides with Zanu-PF – Daily Maverick 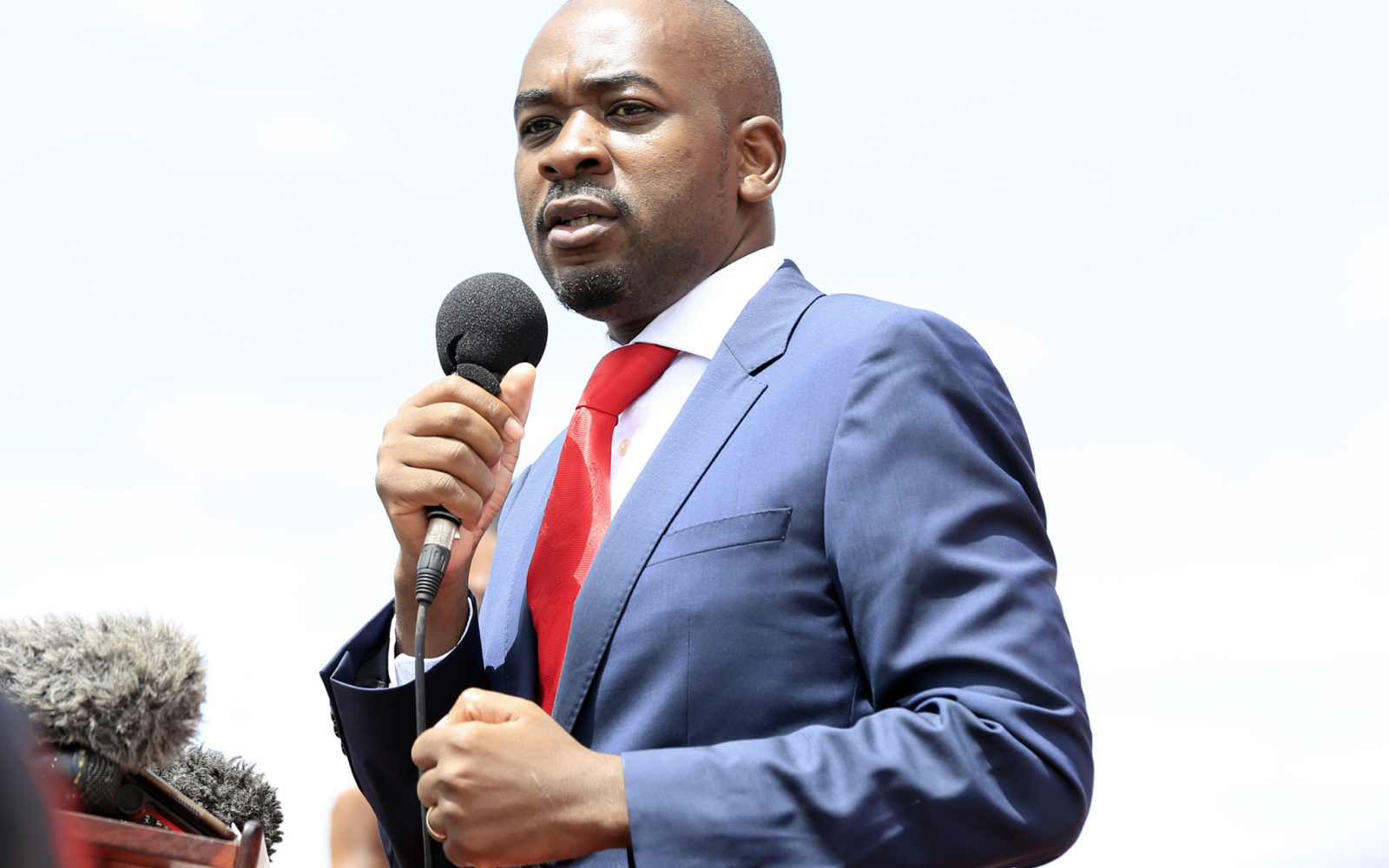 Zimbabwe’s main opposition party, the Movement for Democratic Change Alliance (MDC-A), is imploding as the country’s ruling Zanu-PF conspires with a tiny MDC splinter group, the Movement for Democratic Change Tsvangirai (MDC-T), to help it seize the much bigger party’s parliamentary seats and other elected offices, headquarters and finances. Zanu-PF has also arrested several MDC-A leaders over the past few weeks and has now accused it of plotting an armed struggle.

The destruction of the MDC-A threatens to create a de facto one-party state in Zimbabwe — which is Zanu-PF’s intention of course — some MDC-A leaders believe. With the help of “captured” — pro- Zanu-PF — judges and a Zanu-PF Speaker of Parliament, the MDC-A, led by Nelson Chamisa, has already lost about 30 members of Parliament, senators and many local government mayors and councillors to the tiny MDC-T, led by Thokozani Khupe.

Courts have also given Khupe’s faction the MDC’s six-storey headquarters in Harare and Z$7-million (about R321,000), which the party is entitled to from government coffers. Chamisa’s MDC-A proved beyond doubt in the 2018 elections that it was the much more popular of the two MDC parties, trouncing Khupe’s MDC-T, though being trounced itself in turn by Zanu-PF.

So by collaborating with Khupe’s group to hijack the MDC-A, Zanu-PF is effectively neutralising any real opposition. This is the political reality. The legal reality is more complex.

It all began in February 2018 when Morgan Tsvangirai, the MDC’s founding president in 1999, dying of cancer, anointed Chamisa as his successor, even though the party’s constitution said that Khupe, as vice-president, should have succeeded him. Khupe then broke away to form her own MDC-T.

In the presidential election Chamisa was narrowly defeated by Emmerson Mnangagwa, winning 44,3% of the vote to his 50,8%. Khupe came a distant third with 3,42%. In the parliamentary elections, Zanu-PF won 179 seats, Chamisa’s MDC-A 88 seats – with at least 2.2 million votes – and Khupe’s MDC-T, just one directly elected seat, with about 45,000 votes.

After the election Chamisa’s MDC, Ncube’s MDC and Biti’s PDP resolved to dissolve and merge into a new party. But then just weeks before the May 2019 MDC-A congress, the high court ruled that Chamisa was not the legitimate leader of the party and ordered a congress of MDC-T to elect new leadership. MDC-A appealed the ruling.

Senator and former education minister David Coltart, a founder member of the original MDC, and now treasurer-general of the MDC-A, explains that under Zimbabwe’s Political Parties Financing Act, MDC-A, because it had won more than 5% of the vote, was entitled to government financing proportional to its seats. In 2019, it got Z$5-million. Khupe’s MDC-T got nothing as it had not reached the 5% threshold.

Two days into the Covid-19 lockdown in March, a “captured” Supreme Court judge overturned MDC-A’s appeal and reinstated the original high court’s orders. This had a disastrous cascading effect on MDC-A.

In July, MDC-T youth, assisted by the military, seized the MDC-A headquarters, the government refused to pay MDC-A the first 2020 tranche, of Z$7-million, of party political funding in March and Khupe’s MDC-T was allowed to “recall” former MDC-T MPs now in the MDC-A, as well as councillors.

In addition, Coltart said about 15 MDC-A MPs had crossed the floor of their own accord to MDC-T to save their jobs and MDC-T was trying to induce others to jump ship too. “So now we don’t have finances, our headquarters have been taken over and our MPs are being recalled,” Coltart says. “It’s had a huge impact on us.”

The party had been unable to pay its officials’ salaries until he created an online portal to crowdfund from MDC sympathisers around the world. “Khupe is working very closely with Zanu-PF on this. She is very close to Emmerson Mnangagwa and visits him on his farm.” He said Zanu-PF had not orchestrated the whole thing but it had “appreciated the faultlines in the MDC” and so worked with Khupe’s faction to weaken the party. The clash between the leadership of the two MDCs has angered some of their supporters.

On Sunday this week, a group of MDC youth occupied Morgan Richard Tsvangirai House. Though some reports have suggested they were members of MDC-A recapturing the headquarters, Coltart believes they are actually members of MDC-T – possibly in cahoots with some in MDC-A – who have become disgruntled with their own leaders, who they believe have collaborated with Zanu-PF for personal gain, and want them to settle the quarrel with MDC-A. But Coltart believes there is little appetite for doing that.

Is this a death blow to the MDC as a viable opposition?

Coltart recalled that in the 1980s, Zanu-PF under Robert Mugabe did much the same to Josh Nkomo’s Zapu to create a de jure one-party state. “They can’t do the same now because it wouldn’t go down well in the SADC. Their intention clearly is to decimate us. Not to create a one-party state but to have an opposition which will do their bidding. It will still be a de facto one-party state.”

On top of this, Zanu-PF is targeting its senior leadership with “spurious prosecutions” : MDC-A vice-presidents Biti and Lynette Kareni-Kore, as well as vice-chairman Job Sikhala, have been arrested and charged. Three female activists, including MP Joanna Mamombe, were abducted and sexually abused and assaulted. “This is a multifaceted strategy; cripple us, cut us off at the knees financially, take our headquarters building and then have a full go at our MPs.

“It’s culminated in this astonishing threat on Tuesday night by the Minister of State Security Owen Ncube. He has now accused us of wanting to import arms and to wage an armed struggle. That’s what they did against Zapu in 1981. This is the coup de grâce. We are expecting they will discover an arms cache and say it’s ours so they can proscribe us. It’s very sinister.” DM168