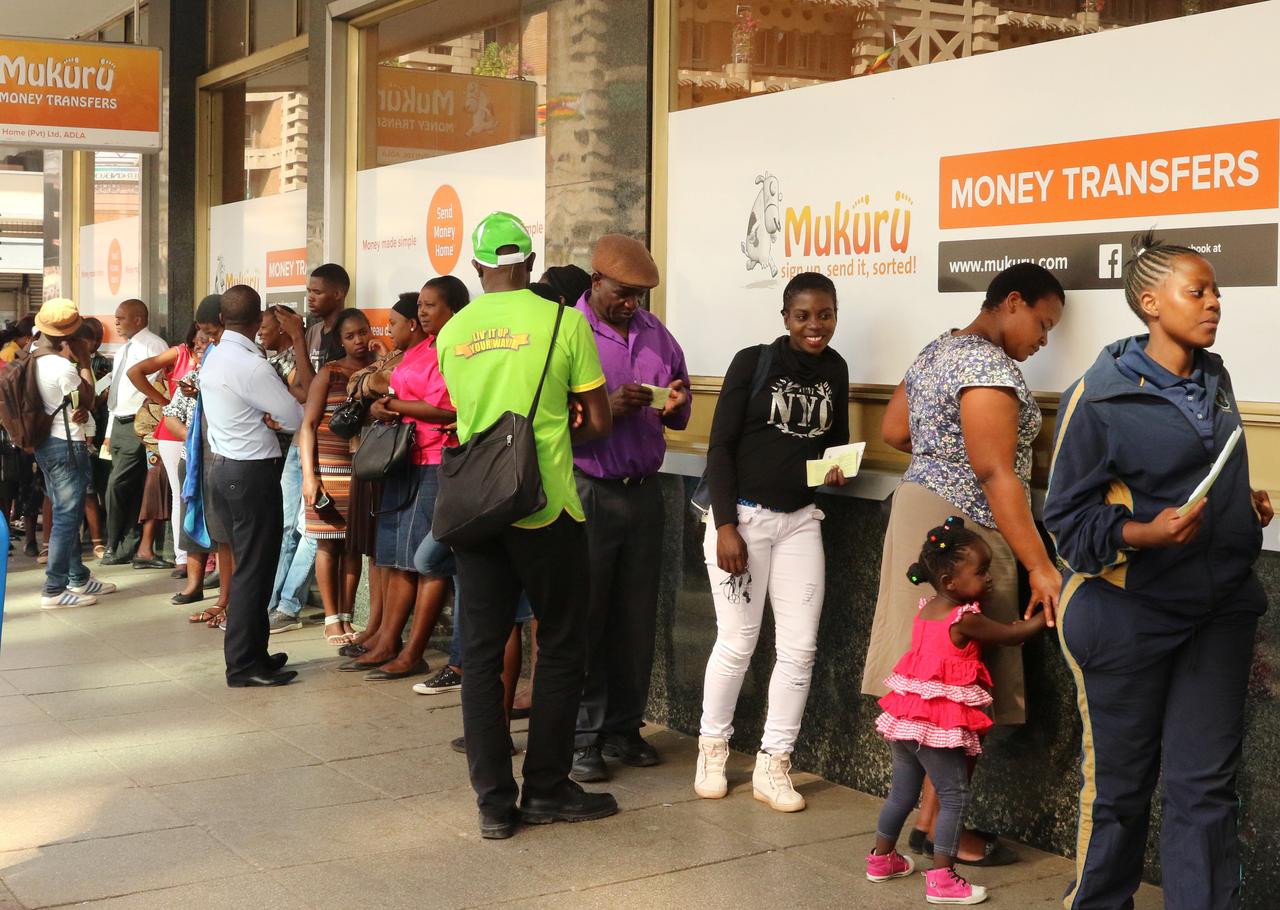 HARARE (Reuters) – Zimbabwe will introduce a new currency in the next 12 months, the finance minister said, as a shortage of U.S. dollars has plunged the financial system into disarray and forced businesses to close.

In the past two months, the southern African nation has suffered acute shortages of imported goods, including fuel whose price was increased by 150 percent on Saturday.

But there is not enough hard currency in the country to back up the $10 billion of electronic funds trapped in local bank accounts, prompting demands from businesses and civil servants for cash which can be deposited and used to make payments.

Finance Minister Mthuli Ncube told a townhall meeting on Friday a new local currency would be introduced in less than 12 months.

“On the issue of raising enough foreign currency to introduce the new currency, we are on our way already, give us months, not years,” he said.

Zimbabwe’s foreign reserves now provide less than two weeks cover for imports, central bank data show. The government has previously said it would only consider launching a new currency if it had at least six months of reserves.

Locals are haunted by memories of the Zimbabwean dollar, which became worthless as inflation spiraled to reach 500 billion percent in 2008, the highest rate in the world for a country not at war, wiping out pensions and savings.

A surrogate bond note currency introduced in 2016 to stem dollar shortages has also collapsed in value.

President Emmerson Mnangagwa is under pressure to revive the economy but dollar shortages are undermining efforts to win back foreign investors sidelined under his predecessor Robert Mugabe.

Mnangagwa told reporters on Saturday that the price of petrol had increased to $3.31 per liter from $1.32 from midnight but there would be no increase for foreign embassies and tourists paying in cash U.S. dollars.

With less than $400 million in actual cash in Zimbabwe according to central bank figures, fuel shortages have worsened and companies are struggling to import raw materials and equipment, forcing them to buy greenback notes on the black market at a premium of up to 370 percent.

The Confederation of Zimbabwe Industries has warned some of its members could stop operating at the end of the month due to the dollar crunch.

Cooking oil and soap maker Olivine Industries said on Saturday it had suspended production and put workers on indefinite leave because it owed foreign suppliers $11 million.

A local associate of global brewing giant Anheuser-Busch Inbev (ABI.BR) said this week it would invest more than $120 million of dividends and fees trapped in Zimbabwe into the central bank’s savings bonds.