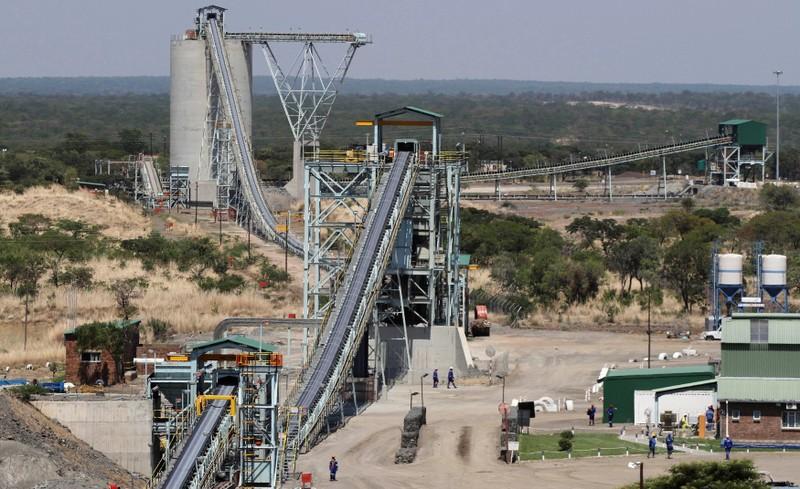 Mining generated most of Zimbabwe’s $4.8 billion of export earnings last year and the cuts have raised the risk of further damage to an economy already experiencing a severe dollar crunch, soaring inflation and shortages of fuel and medicines.

In 2016, during the worst daily blackouts in decades that lasted up to 18 hours, output at most gold mines was affected.

Three years later, with Zimbabwe producing 969 megawatts of power daily against peak demand of 2,100 MW, the industry appears better prepared, and the blackouts have had no measurable impact on either platinum or gold prices.

However, officials say gold miners may again face higher costs this time and may need to fall back on expensive diesel generators to keep production going.

Meanwhile, some new mining projects are looking to become less tied to the grid by installing renewable energy sources.

An Implats spokesman said Zimplats had secured power from Mozambique and a deal to use Zimbabwe’s transmission network to deliver it.

Zimplats, which produced 66,495 ounces of platinum in the quarter to March, listed power supply among major risks in its 2018 report. It did not say how much it spent on power imports last year.

Amplats said its 85,900 ounces a year Unki mine had no doubt that ZETDC would deliver uninterrupted electricity but that, should it become necessary, “Unki would be allowed to source the supply of electricity externally.”

Zimbabwe is the world’s no. 3 platinum producer, but patchy power supplies have stopped the industry from building a local refinery and it continues to ship unrefined platinum to South Africa.

Producers have invested in power substations and helped ZETDC maintain transmission lines to guarantee supplies, but they also have the economic muscle to import electricity using their dollar earnings.

Demand Gwatinenga, general manager at How Mine, one of the country’s biggest and oldest, said it may need to rethink its decision last year to stop paying a higher ring-fenced electricity tariff that had become too expensive.

“It might make sense to go back to (it)… with the hope that it guarantees supplies. Any interruption …will be a massive hit for us, we can’t afford it,” he said Gwatinenga, adding that ZETDC had not indicated if it would cut power to the mine.

Mark Learmonth, chief financial officer of London-listed Caledonia, which owns Blanket gold mine in western Zimbabwe, said it still paid an 83% premium on the normal tariff to avoid power cuts. Even so, supply had been unstable, and there could be up to six outages of 45 minutes each in a 12-hour shift.

“We have back-up diesel generators but given the increased scale of our operations we now need to add further capacity,” Learmonth told Reuters, adding that diesel supply might be harder to come by due to rising demand from South Africa, suffering a power crisis of its own.

Blanket, which produced 69,463 ounces of gold last year, did not have the capacity to import power directly, he said.

“Once the approvals have been signed off, the first phase of around 50 megawatts would take around 12 months to be fully operational,” Tharisa CEO Phoeovos Pouroulis told Reuters.

Zimbabwe’s biggest chrome miner, African Chrome Fields, said it was using diesel to power its operations and would not be affected by the cuts.