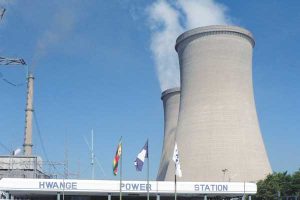 HARARE (Xinhua) — Zimbabwe is poised for a major energy boom that could significantly lower its reliance on imports once China completes the expansion of the country’s major power plant.

The Hwange Thermal Power Station, the 14th largest plant in southern Africa, has an installed capacity of 920 MW but has not been operating at its optimum level due to aging.

The 1.5 billion U.S. dollar expansion project by Sinohydro, China’s hydropower engineering and construction firm, will lift the plant’s installed capacity to 1,590 MW, which is expected to maintain its position as the country’s biggest power plant.

It is the largest power development project to be undertaken by Zimbabwe since independence in 1980.

Expansion work started in June, and is expected to be completed by mid-2022.

This is Sinohydro’s second major power development project in Zimbabwe in five years.

The firm started the expansion of Kariba South Hydro Power Station in 2014 and completed the work in March 2018, raising its installed capacity to 1,050 MW from 750 MW, making it currently the largest power generator in Zimbabwe.

When commissioning the Kariba expansion project in March, Mnangagwa hailed the project as a milestone achievement in the country’s quest for development.

The president said apart from helping the country, which has faced perennial power shortages and a pressure to reduce its power import bill, the additional 300MW would significantly boost power supplies in the country that is seeking to revive its economy after nearly two decades of stagnant growth.

Zimbabwe has a national power demand of 1,600 MW but is currently producing 1,200 MW. It plugs the shortfall through imports from neighboring South Africa and Mozambique.

“In the future, we will continue to work jointly with our Zimbabwean partners for a new era and new journey,” he said.