Zimbabwe police deployed in force in the city of Gweru as authorities sought to keep a lid on dissent after banning the third anti-government protest. 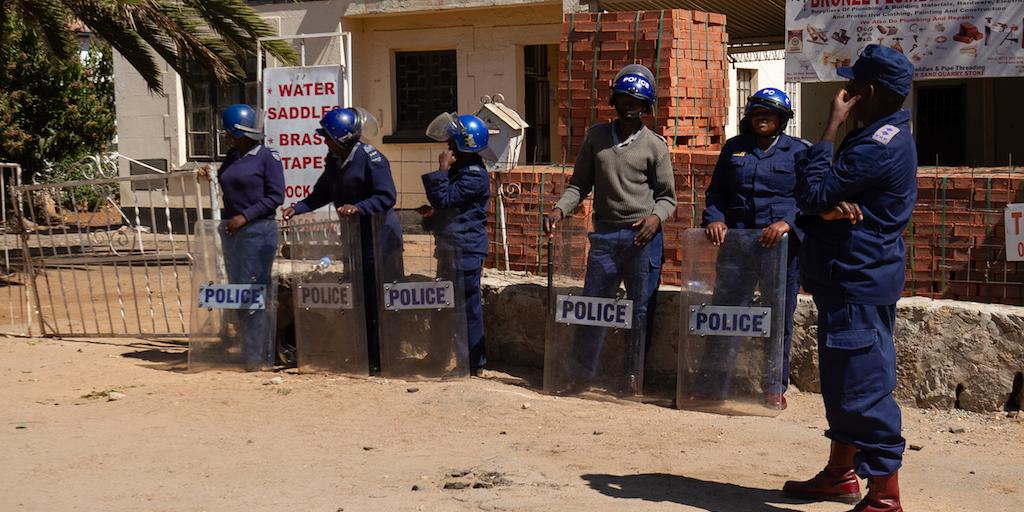 The Zimbabwe Council of Churches have been calling for a dialogue between President Emmerson Mnangagwa and MDC leader Nelson Chamisa.

HARARE – Zimbabwe police deployed in force in the city of Gweru on Tuesday, witnesses said, as authorities sought to keep a lid on dissent after banning the third anti-government protest that the main opposition party has sought to organise inside five days.

The Movement for Democratic Change (MDC) planned rolling mass demonstrations in different cities starting last Friday. It accuses President Emmerson Mnangagwa’s government of mishandling the economy, which is facing its worst crisis in a decade, and repression.

The MDC said it would challenge the ban in court on Tuesday. The party failed to overturn two previous bans on marches in Harare and Bulawayo.

In Gweru, a central city, police patrolled on foot and in lorries and also cordoned off a university, a local journalist told Reuters.

“There is a determined effort by the regime to ensure that there is no more democratic space,” MDC national spokesman Daniel Molokele said.

“They are also deploying a lot of military and police in the streets… It clearly shows that the new government is even worse than that of Robert Mugabe.”

The demonstrations are viewed as a test of Mnangagwa’s willingness to tolerate dissent in a country tainted by a long history of repression under his predecessor Mugabe.

But authorities are jittery following violent fuel protests in January that triggered an army crackdown that killed more than a dozen people.