Zimbabwe Produced 3.4 Tons of Gold in May, Fidelity Says 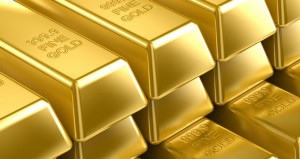 Zimbabwean small-scale miners produced 2.2 metric tons of gold in May, while bigger companies had 1.2 tons in output of the precious metal, the central bank’s gold-buying unit said.

Fidelity Printers and Refineries didn’t give comparative production figures for a year earlier. The nation expects to produce 30 tons of gold this year.