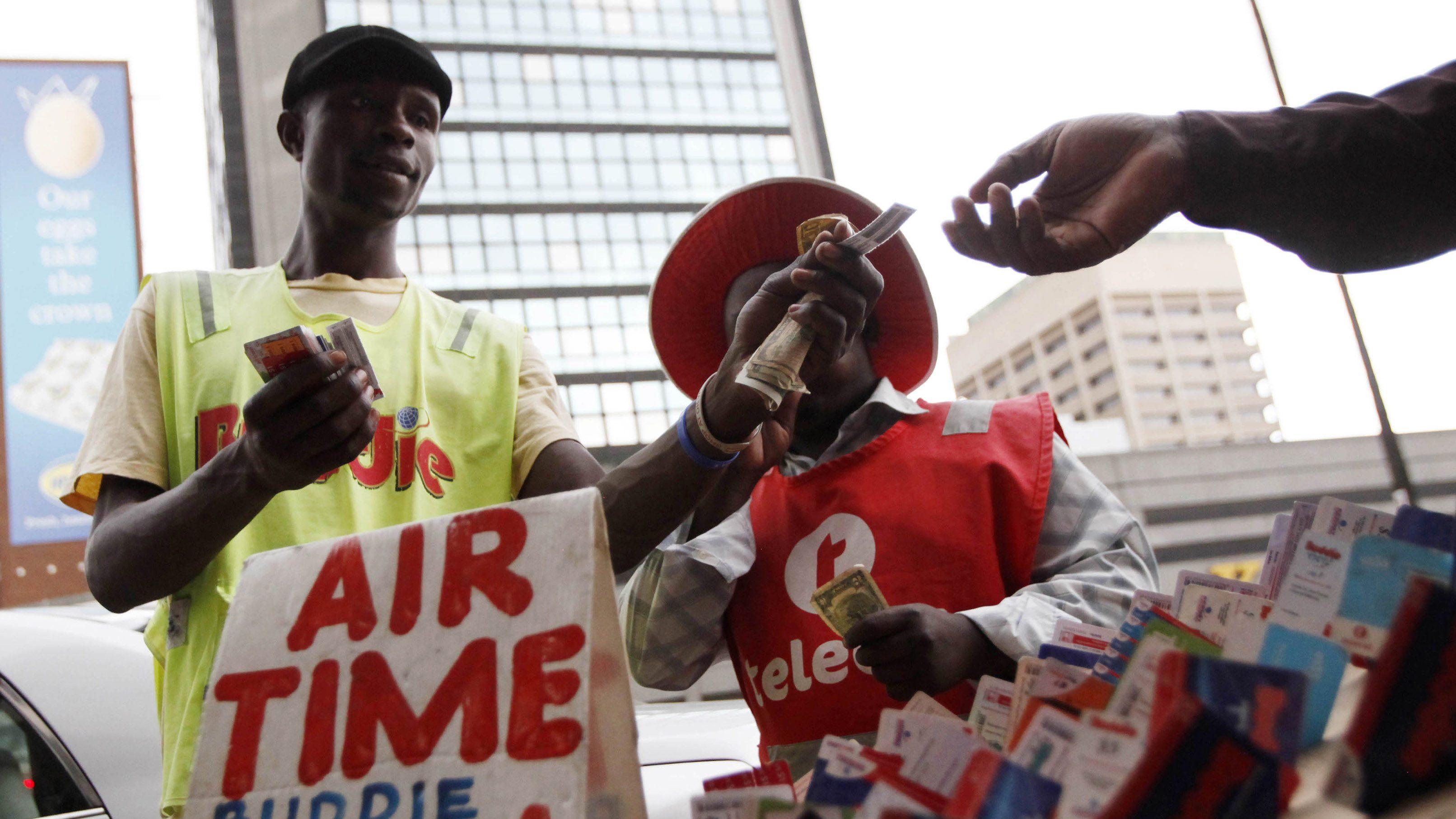 The airtime and the mobile money economy in Zimbabwe

Mobile money is fast blossoming in Africa, boosted by rising mobile adoption across the continent, but in Zimbabwe—which is battling a severe financial crunch—the most common cash-in and cash-out functionalities have just been killed off as the government battles to contain the country’s economic crisis.

Cash-out is process of converting mobile wallet balances into hard cash while cash-in refers to the process of depositing cash into a mobile wallet. Mobile money agents facilitate these processes and normally, the agents have to get the cash from banks against their mobile money balances which are referred to as “float”. These agents then act as mini banks, basically facilitating deposit or withdrawal of cash (cash-in and cash out respectively) by account holders from mobile wallets.

These functionalities, in addition to sending and receiving money as well as payments at supermarkets and other merchants and cross transfers from and into bank accounts constitute the most impactful financial inclusion use cases that mobile money is hinged on across Africa. Success cases also include Kenya and Tanzania while MTN is ready to roll out mobile money in Nigeria.

Yet in Zimbabwe, cash-in and cash-out has just been killed off by the government, because authorities have concluded the functions are being abused. Zimbabwean mobile money agents, mostly with the dominant EcoCash platform, have been capitalizing on cash shortages in Zimbabwe to buy cash for re-sale to mobile wallet holders at a premium of up to 50%. This means that when trying to access funds in your mobile wallet through the agents, one would only get about 50% of their balance.

The disabling of cash-in and cash-out options on the mobile money menus of the Zimbabwean operators has drawn heavy criticism for the government on social media platforms. Moreover, the country’s financial sector is already in disarray, hobbled by foreign currency shortages in official channels and deficiencies of cash from the banks.

This has given rise to the high premiums on cash and also occasioned heavy discounts for cash purchases in retail outlets. However, the Reserve Bank of Zimbabwe justified the freeze on mobile money cash-in and cash-out functionalities, saying on Monday “some economic agents are engaging in illegal activities abusing the cash-in and cash-out facilities” which was compromising national payment systems.

Mobile money platforms such as EcoCash in Zimbabwe and M-Pesa in Kenya have already helped scale up financial access for Sub Saharan Africa’s large unbanked populations though analysts say interoperability of the platforms across borders is still sluggish. With the disabling of cash-in and cash-out options, there are concerns from the mobile money ecosystem in Zimbabwe that the important mobile wallet agents have also been put out of business while the government also stands to lose out on revenue from the 2% tax on electronic and digital transactions.

Zimbabwe has had cash shortages as its economy continues to struggle and mobile money has been essential for most daily transactions by Zimbabweans. Large chunks of the country’s economy runs through electronic systems and mobile money, which is dominated by Econet’s Ecocash with 95% market share. It’s estimated around 5 million transactions a day moving more than $200 million.

Most recently Ecocash has struggled to maintain the mobile money system working round the clock as the country has been hit with electricity shortages which have forced it to consider options including Tesla Powerwall storage batteries.