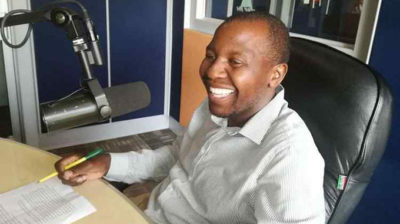 HARARE — Eleven young elephants found dead near Zimbabwe’s biggest game park may have succumbed to a bacterial infection, the country’s parks agency said on Tuesday, after it ruled out poaching and cyanide poisoning.

The elephant carcasses were discovered last Friday in Pandamasuwe Forest in western Zimbabwe, between Hwange National Park and Victoria Falls.

The mysterious deaths came after Botswana reported the death of more than 200 elephants in June.

Columbus Chaitezvi, principal veterinary officer at the Zimbabwe Parks and Wildlife Management Authority (Zimparks) said that, following preliminary tests, the agency suspected the elephants could have contracted a deadly bacterial infection while searching for food.

As the country enters the hot summer season, food becomes scarce and younger elephants tend to eat grass and burrow into the soil, exposing themselves to bacteria, he said.

“So far the laboratory indication is that it’s a bacteria infection but we don’t know what kind of bacteria it is,” Chaitezvi told Reuters.

Zimparks spokesman Tinashe Farawo said the dead were aged between five and six years and less than 18 months.

“You can see that those young ones can’t reach for tree tops, so they end up eating anything, which in some cases can be poisonous,” said Farawo.

Chris Foggin, whose Victoria Falls Wildlife Trust laboratory is helping with testing samples and also previously tested samples from Botswana, said so far there were no similarities between the elephant deaths in the two countries.

At least 200 elephants have died in Zimbabwe’s wildlife parks due to lack of food and water, along with scores of buffalo and antelope, since a devastating drought in 2019.

Zimparks officials say the biggest threat to Zimbabwe’s elephants is overpopulation and that lower rainfall this year could again leave the animals facing starvation.