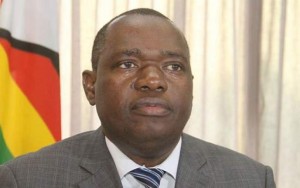 ZIMBABWE expects to reap diplomatic and economic rewards from re-joining the Commonwealth, with its bid boosted by the backing of its return to the club it left in 2003 by Britain as President Emerson Mnangagwa continues with his international re-engagement thrust to boost trade and investment ties with global forces.

The country had become alienated under former leader Robert Mugabe who embarked on a land expropriation without compensation exercise in 2000. He was also accused of rights abuses and together with poor economic policies, this saw the international community severe ties with Zimbabwe.

Mnangagwa is now pursuing a different foreign policy thrust, pivoted around the new government’s “Zimbabwe is open for business” and international re-engagement exercise, which have seen him travel as far afield as China, across Africa and now the Commonwealth.

Expectations are high that Zimbabwe’s economy, for long retarded from growth owing to declining foreign direct investment inflows, will benefit from this.

“The Commonwealth is a club, more of a community whose ties will now even be stronger because of Brexit. Zimbabwe stands to benefit from enhanced ties within the grouping of British and its former colonies from trade deals, export quotas and other such measures and even the country’s athletes will compete at the Commonwealth games, which are a major event,” said economist Jeffrey Kasirori.

This comes after Boris Johnson, the British Secretary of State for Foreign and Commonwealth Affairs, said on Friday that he had met with Zimbabwe’s Foreign Affairs Minister, Sibusiso Moyo and other Commonwealth Ministers.

The meeting centred on “talks with Minister Sibusiso Moyo on how Britain, the Commonwealth & the wider international community will do everything it can in supporting Zimbabwe on its path of reform,” Johnson tweeted on Friday.

The British Foreign Office had earlier said: “The UK would strongly support Zimbabwe’s re-entry and a new Zimbabwe that is committed to political and economic reform that works for all its people.”

Zimbabwe’s bid to re-join the Commonwealth is being supported back home, with commentator, Innocent Chikoore saying Zimbabwe cannot continue to go it alone.

Investment analysts in Zimbabwe say there is rising interested by regional and international investors in the country following the exit of Mugabe last November.

“This mentality that Zimbabwe can go it alone is toxic. We now live in a global village where nations need to stand together than ever before. (There is) nothing to lose by re-joining the Commonwealth,” said Chikoore.

In 2016, trade among member states surged to $600 billion, while intra Commonwealth greenfield investments are projected to have topped $700 billion.

Zimbabwe would have missed out on any of these owing to its absence since 2003 when Mugabe, facing criticism over alleged stolen elections and the farm seizures, stormed out of the grouping.

Trade blocs have started to push for protectionist measures and restrictive moves, said economists, highlighting that there was more to lose in terms of trade and investment opportunities if Zimbabwe remained outside of the Commonwealth.

Mnangagwa’s re-engagement efforts and investment policies would also have been boosted by Times Magazine which included the Zimbabwean leader in its 100 list of global leaders. – IOL