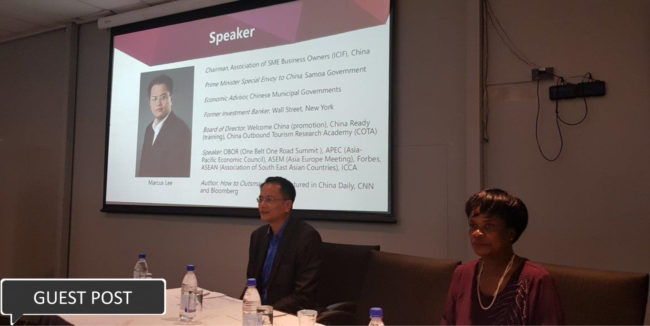 The Zimbabwe Tourism Authority (ZTA), the country’s tourism governing body, has rejoined the International Congress for Convention Association (ICCA) in a move experts believe is aptly timed. After a two-year sabbatical, ZTA has sought to rejoin the international meetings industry network in a bid to tap into the network’s wealth of experience and opportunities in incentive travel.

Two years before this reintegration, ICCA ranked Zimbabwe 12th in Africa, in terms of the number of association conferences and meetings held in the country. ZTA hopes to propel the country further up the list through its renewed marketing efforts. More specifically, ZTA is aiming to hit the ICCA top 10 list which currently includes Cape Town, Johannesburg, Kigali, Nairobi, Marrakech, Addis Ababa and more.

ZTA is banking on the country’s presence at the Institute of Business Travel Management to boost business. According to Pauline Ndlovu, the authority’s acting director of the National Convention Bureau, Zimbabwe’s presence at IBTM will go a long way in training ZTA representatives on how to use the ICCA database efficiently.

The training will offer a platform for learning about the best marketing techniques and emerging challenges in incentive travel, while also networking with other members of ICCA. The association is keen on partnering with ICCA through research activities and capacity building.

Zimbabwe will especially benefit from this year’s IBTM training as it will focus on improving the technological infrastructures around Meetings, Incentives, Conferences, and Exhibitions [MICE] tourism. Ndlovu confirmed ICCA’s commitment to working with ZTA in facilitating capacity building workshops.

Zimbabwe’s decision to rejoin ICCA hasn’t gone without notice. Various key personalities in the safari travel, hospitality, and other sectors have lauded the move as a crucial step towards marketing Zimbabwe as a premier meetings and seminars destination.

Lindiwe Rakharebe, the Chairperson of the Durban International Convention Center, noted that with Zimbabwe’s re-entry into the ICCA, the African chapter would be stronger than ever.

“We are looking forward to having Zimbabwe take part in the upcoming 2020 ICCA events in South Africa, Innsbruck, and China,” Rakharebe said.

Esmare Steinhofel, the regional director of the ICCA African chapter, also noted that the reinstatement of Zimbabwe would significantly influence the country’s potential as a MICE-destination.

Zimbabwe will also expect some foreign-based athletes to be ambassadors for the country. These include Marvelous Nakamba, who now plays in the English Premier League, and Stansly Maponga, who used to be one of the NFL best defenders in 2018, but has moved to XFL, with the Seattle Dragons.

Besides its readmission into ICCA, Zimbabwe is also seeking to participate at the China International Travel Mart (CITM). This is a move critics opine will further boost the country’s visibility as a prime MICE destination in Africa. Again, Zimbabwe’s decision to participate at this conference couldn’t have come at a better time, seeing as China is keen on tapping into the African tourism market.

The expo, which will commence Friday and run through Sunday, offers an ideal platform for Zimbabwe to showcase her tourism potential to the Asian market.

According to Mr. Givemore Chidzidzi, the Zimbabwe Tourism Authority acting CEO, China is the preeminent leader in outbound tourism expenditure, having spent US$115 on all its outbound tourism activities in 2017.

Mr. Chidzidzi also added that China’s current outbound trips are set to double by 2020, and Zimbabwe wasn’t letting that opportunity pass it by.  “It is in this regard that Zimbabwe’s participation at CITM this year goes a long way towards our continued efforts to increase the Chinese tourist volumes to Zimbabwe,” a confident Chidzidzi noted.

Prior to its participation at the CITM convention, plans were already underway to market Destination Zimbabwe. For instance, inbound Chinese nationals can already enjoy less rigorous visa application procedures. That’s because Zimbabwe has since moved China from Category C, up to Category B for current visa regulations.

The move to make the visa application procedures for Chinese tourists to Zimbabwe less stringent will go a long way not only in promoting tourism but also bilateral trade between the two countries. At 142 million tourists, China enjoys the world’s biggest outbound market.

Besides, the country has one of the fastest-growing outbound markets, outpacing many of Zimbabwe’s traditional source markets. Not to mention, the market is composed of high spenders.

Even before results could begin to trickle in, the country was already preparing stakeholders in the tourism industry on how to entertain Chinese tourists. ZTA, along with other industry stakeholders, began spearheading China Ready workshops earlier on in the year.

The authority reckoned that the local industry wasn’t prepared enough for Chinese tourists. These workshops demonstrate how serious the country is about marketing itself as a premier MICE tourism destination.

ZTA has analyzed the country’s potential as a tourist hub, and the findings are most encouraging. Statistics suggest a 35% growth in the number of Chinese tourists visiting the country between 2017 and 2018. That was a testament to the country’s immense market potential. It should be noted that this massive improvement happened even before ZTA had put in any concerted marketing efforts.

Therefore, with a robust marketing plan, the country should witness an even higher tourist influx.

CITM is Asia’s largest professional travel show. The show caters to business as well as leisure travellers. In the exhibition held last year, some 1 542 and 707 domestic and international exhibitors graced the show.