Zimbabwe turns to charcoal for cooking as power outages bite 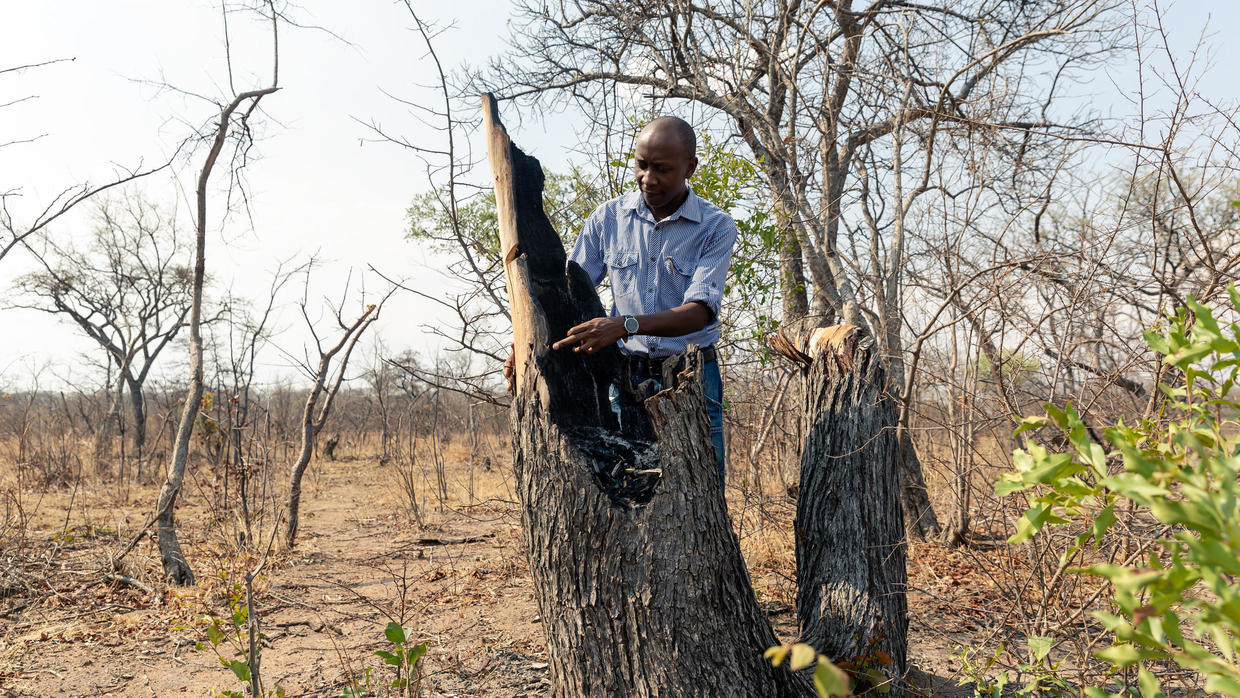 Miller Chizema walked through the forest near his home and came across a pile of freshly-cut logs — a sight that spurred the 82-year-old villager to dismay and anger.

The logs were arranged in such a way that they were ready to be burnt into charcoal — a fuel that has become a substitute for Zimbabwe’s energy shortages, at a terrible cost to its forests.

“It hurts to see forests decimated like this,” said Chizema, who lives in Mhondoro Ngezi, in the centre of the country, 150 kilometres (90 miles) southwest of Harare.

Some loggers come from as far as Harare, “where we hear there is a big demand for charcoal,” he said.

“We, as elders, try to discourage the practice, but it’s all about money and survival.”

For nearly six months, Zimbabwe has been in the grip of chronic power cuts, sometimes running to 19 hours a day.

The price of cooking gas has increased more than six-fold since the start of the year, placing it beyond the reach of many.

For many lower-income urbanites, firewood and charcoal have become the go-to sources of substitute energy — and rogue logging is the result.

Zimbabwe is losing more than 330,000 hectares (815,000 acres) of forest annually, according to Abednigo Marufu, general manager of the Zimbabwe Forestry Commission.

That’s the equivalent to nearly half a million football pitches.

“Zimbabwe is losing quite a lot of trees and forests… everywhere because there is no electricity and our people need to feed themselves, they need heating in their homes,” he told AFP.

Even so, “agriculture is still the number one driver of deforestation,” he said.

A controversial land reform programme launched in 2000 saw a surge in the loss of forest cover as people cleared land for cultivation.

“Some of them started growing tobacco and cut down trees to use for curing their crop.”

The practice continues, as farmers view wood to be free compared to other options.

Authorities are confronted with an enforcement conundrum.

Charcoal production is outlawed in Zimbabwe but it can be imported from neighbouring Mozambique, Zambia and Malawi, with special permits.

But Marufu said no such licences had been issued for over a year, yet Zimbabwe was awash with charcoal.

“How do you then know what charcoal is imported and locally produced?” Marufu asked rhetorically.

A lot of the older indigenous mopani trees have been reduced to stumps. AFP journalists saw numerous darkened patches where the logs had been piled and burnt into charcoal in the forests at Mhondoro-Ngezi.

Best Muchenje has been the district’s forestry officer for the past two years.

“Deforestation was already bad when I came here,” he told AFP.

“But the power crisis has worsened the situation, (and) the mopani tree is a target because it is hard and produces quality charcoal.”

Mopani is one of the country’s iconic indigenous trees that easily survive hot and dry conditions.

The law allows those living in the sparsely populated villages to cut trees for personal use and not for commercial purposes.

But for unemployed villagers like Enia Shagini, lack of money forces them to risk being fined or even jailed for cutting down trees for charcoal.

“We have children to send to school,” said the mother of three, bemoaning a crackdown on illicit charcoal production which has widely been ignored.

In the capital, charcoal vendors at the Mbare market, just a few minutes’ drive from downtown Harare, display dozens of 50-kilo polythene bags of charcoal for sale.

Prudence Mkonyo claimed she got her charcoal from Nyamapanda, near the border with Mozambique.

“It’s difficult bringing the stuff to Harare,” she said.

“We ferry it on trucks at night but sometimes you have to deal with the police at roadblocks. You need to be prepared to pay them bribes when you get stopped.”

She sold her charcoal at the equivalent of between US$2.50 and US$3.00 a bag, but sales are slow.

People are struggling with unemployment and the country’s worst economic crisis in a decade.

“There isn’t much money going around so business is really bad. Some people are burning discarded plastic soft drink bottles for cooking.”

While the law is clear on production of charcoal, the government is in a dilemma.

“We acknowledge the shortage of electricity and that gas is expensive, so wood and charcoal are alternatives. So while we are worried about forests, we also worry about human beings.”

Newer Post
Zimbabwe doctors to get ‘mushikashika’ cars from govt – can this absurdity ever get any worse? –
Older Post
Zimra recovers 81 smuggled vehicles