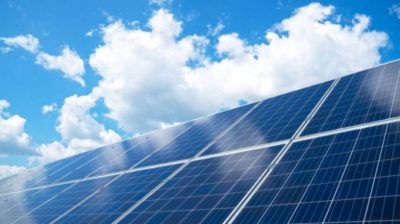 Nhimbe Fresh said the planned 1.9 megawatt (MW) solar farm and battery storage facility would make its business less prone to electricity shortages caused by frequent power cuts in Zimbabwe, which in some parts of the country lasted up to 18 hours earlier this year.

“The power outages have a major impact on our production and processing, reducing our capacity to 60%. We have backup diesel generators for the packhouses and irrigation, but they’re too expensive to run,” said Nhimbe Fresh’s Chairman Edwin Moyo.

Sun Exchange, which allows people to buy individual cells on solar projects and earn a rental income in cryptocurrency, said it would launch crowd-sales for phase 1 of the three-stage project. The first phase will power Nhimbe’s packhouse and cold store facilities.

To mitigate the risk of currency fluctuations that have plagued Zimbabwe since 2008’s hyperinflation crash, solar cells will be leased to Nhimbe at a “U.S. dollar-pegged fixed price”, Sun Exchange said.

The companies did not give a timeframe for the project.

Zimbabwe’s agricultural exports more than doubled to $112 million in 2019, mainly due to a bounce in fresh produce sales to Europe and the Middle East as the government eased regulations and increased support to agri-businesses.

Nhimbe exports a range of fruit and vegetables to grocery retailers in the United Kingdom, the European Union and the United Arab Emirates. It also grows tobacco under contract for export via British American Tobacco BATS.L.

The government has set a target to derive at least 1,575 megawatts of the country’s power from solar by 2030, while also removing several import duties on solar energy-related products.

Chairman Moyo said the solar project would help with Nhimbe Fresh’s expansion plans, including increasing blueberry production from 20 hectares to 200 hectares over five years and a $15 million joint venture with the UAE’s Farmgate to produce fruits, macadamia nuts and vegetables for the UAE market.