Farirai Machivenyika, Senior Reporter
Government has welcomed recent calls by top United Nations officials for the removal of sanctions on Zimbabwe and other countries in the face of the Covid-19 pandemic that is ravaging the world.

UN Secretary General Antonio Guterres and High Commissioner for Human Rights Michelle Bachelet last week called on the international community, principally the US, to roll back sanctions imposed on many countries, with Zimbabwe being one of them.

They said such embargoes were hampering the fight against the pandemic that has so far killed over 36 000 people and infected at least 800 000 worldwide. 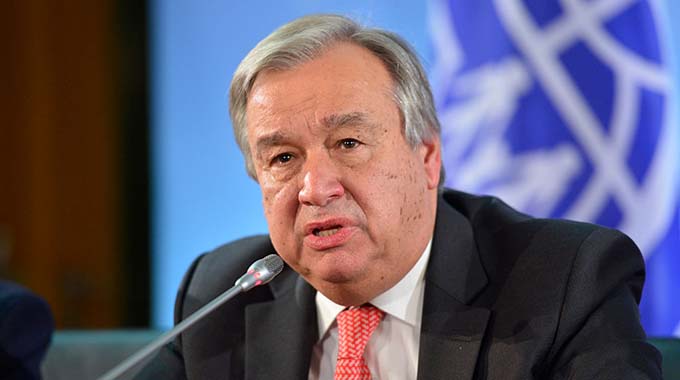 In a statement yesterday, Foreign Affairs and International Trade Minister Dr Sibusiso Moyo said the removal of sanctions was essential.

“The two leaders encouraged the waiving of sanctions imposed on countries like Zimbabwe to ensure that they access food, essential health supplies and Covid-19 medical support,” he said.

“The Government welcomes the UN observation that sanctions have a debilitating impact on the health sector and that, in the context of a global pandemic, impeding medical efforts in one country heightens the risk for all of us. It must be recalled that this has always been Zimbabwe’s, SADC’s and the AU’s message.” 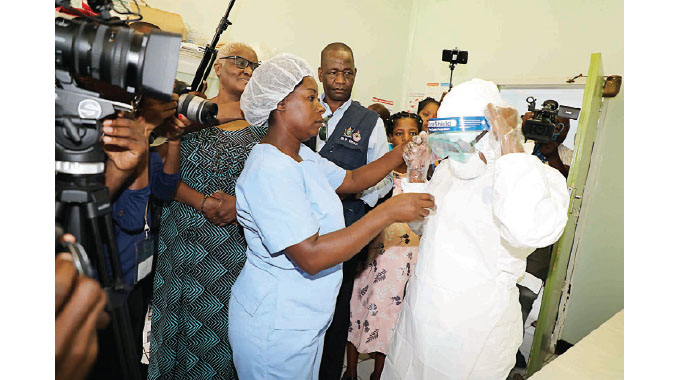 Minister Moyo said many countries had acknowledged that sanctions were contrary to the UN Charter and the principle of the sovereign equality of states.

He said the sanctions undermined international free trade by interfering with the right of third party countries and private entities to make their own decisions on trading with the affected countries.

“It is common knowledge that the performance of the Zimbabwean economy has been constrained due to the phenomenon of sanctions which have worked to worsen the socio-economic environment, with the poor and the vulnerable groups being the hardest hit,” said Minister Moyo.

He said Zimbabwe’s access to international credit markets was blocked effectively after the enactment of the Zimbabwe Democracy and Economic Recovery Act (Zidera) and the country can not borrow even in times of dire need.

“As a country operating virtually from hand to mouth, there has been a significant build up in external arrears,” said Minister Moyo. “This unfavourable development in the external sector has worsened the country’s creditworthiness as the country’s risk profile was heightened.

“Zimbabwe’s ongoing watershed reforms meant to turnaround the fortunes of the country, after decades of decline, are taking place in this most unsupportive environment.”

Zimbabwe’s private sector is bearing the brunt of the sanctions, as they find it difficult to access offshore lines of credit because of the perceived country risk.

The few that get the lines of credit are usually charged punitive interest rates.

Minister Moyo said the impact of the sanctions on the country was worse during a crisis such as the Covid-19 pandemic, with the country’s Strategic Preparedness and Response Plan severely hampered.

“The capacity to import test kits, medicines, face shields and other protective kits has been limited. Even the private sector, which has a strong tradition of ploughing back into the community, has not been able to respond massively to this pandemic,” he said.