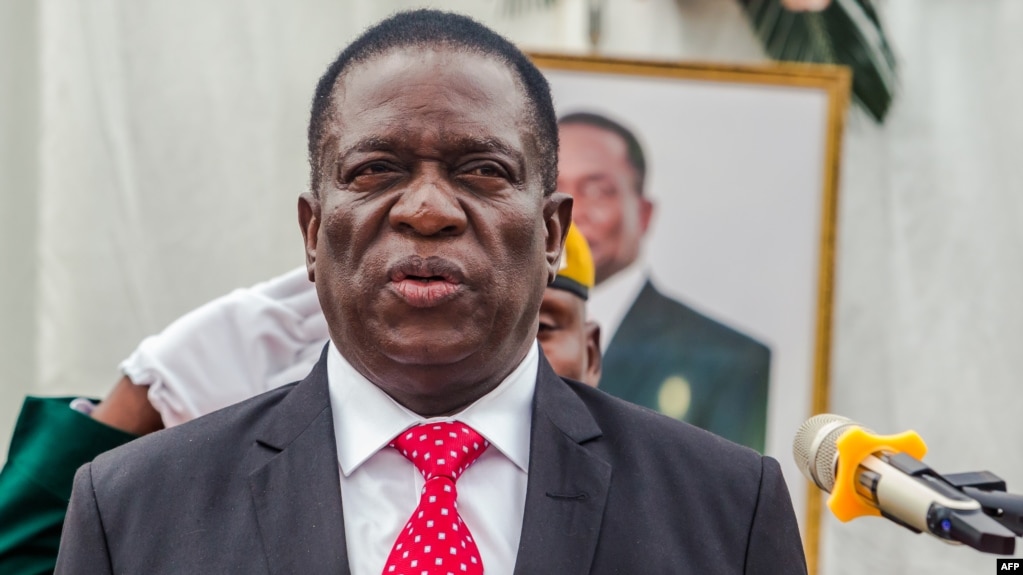 Zimbabwe’s new President Emmerson Mnangagwa presides over a swearing in ceremony as his new cabinet took office on Dec. 4, 2017 at State House in Harare.

JOHANNESBURG — Since taking office last month, Zimbabwe President Emmerson Mnangagwa has put economic revival at the center of his administration. He has gone a step further to state his resolve to re-engage the international community that had long been disengaged by former president Robert Mugabe’s regime.The South African based Zimbabwean Business Forum says having a president with such passion for rebuilding the country’s ailing economy is the best news Zimbabwe has heard in almost four decades.

Executive chairman of the forum, Marshall Sankara, says they are already hard at work convincing Zimbabwean business people outside the country and foreign investors to grab the economic opportunities in Zimbabwe.

Sankara, who is also a businessman, says the Forum is convinced Zimbabwe is open for business.

“We are very interested and we are going to do some massive investment in Zimbabwe. We are very confident that this regime, under the leadership of Comrade Mnangagwa, is going to loosen investment policies, which were so choking off to investors,” he said.

Sankara’s forum seeks to lure $100 million worth of investment by the end of 2018.

But Senior Researcher Samukele Hadebe, of the Chris Hani Institute in Johannesburg, says investors will first want to see practical guarantees that Zimbabwe is now a safe investment destination.

“The problem that we have always had was that of policy inconsistency, issues of corruption, personalization of public institutions, issues of fiscal discipline,” Hadebe said. “Those are practical things that cost no money, but that people would like to see very soon then we can realize a massive turnaround of the economy.”