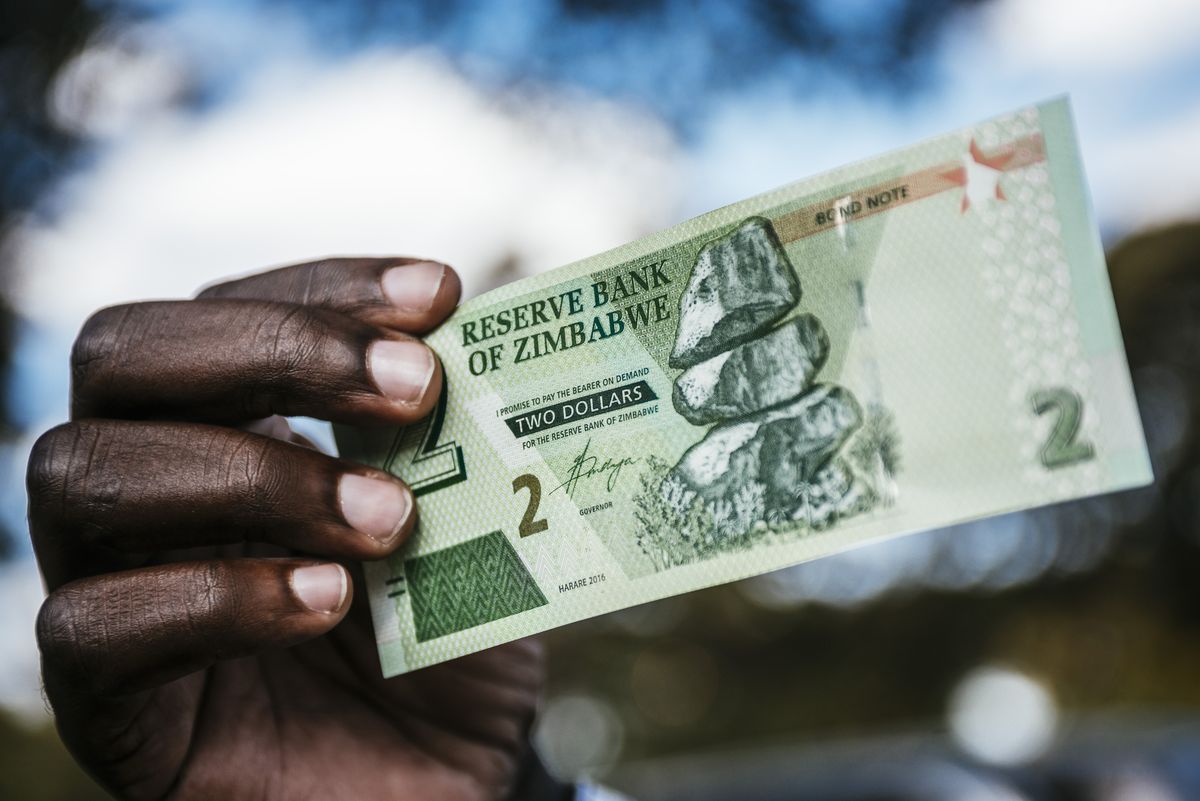 Zimbabwe’s lenders, which include units of Standard Bank Group Ltd. and Ecobank Ltd., appealed to the central bank to raise interest rates that have been capped at 12 percent for the past two years, saying this would increase lending in the collapsing economy.

They also proposed that the Reserve Bank of Zimbabwe introduce an overnight rate to facilitate lending between financial institutions and the central bank, Bankers Association of Zimbabwe submissions seen by Bloomberg show.

“The BAZ recommends lifting of the interest-rate caps,” the lobby group said in correspondence with the central bank. It would “allow for proper risk-based pricing of loans.”

The appeal by the banks come as Zimbabwean Finance Minister Mthuli Ncube, appointed in October, and central bank Governor John Mangudya attempt to revive the economy by paying back domestic debt and abandoning an insistence that a currency used only in Zimbabwe, the RTGS$, trade at par with the U.S. dollar. The inflation rate, at 59 percent, is at its highest since 2008 and there have been shortages of bread and fuel. A fuel-price hike in January sparked the worst urban riots since 1995.

The BAZ said an overnight rate would allow banks short of cash to obtain funding from the central bank. An interbank market would further stabilize interest rates, it said.

The BAZ also said it expects the government to honor Treasury bills worth RTGS$ 2.2 billion ($726 million) that mature in 2019.

“Not honoring the maturities obligations will have far-reaching adverse consequences on the entire banking sector, and the rest of the economy,” the BAZ said. “In fact, a default by the government on sovereign paper is unfathomable.”

Treasury Permanent Secretary George Guvamatanga said last month Zimbabwe plans to establish a monetary policy committee and set a benchmark interest rate as part of its plans to stabilize the economy. Mangudya capped rates at 12 percent in 2017 to stimulate lending.