Celebrated Zimbabwean musician Oliver ‘Tuku’ Mtukudzi was buried on Sunday amid pomp and fanfare in his rural hometown Madziwa, about 150km north of Harare. 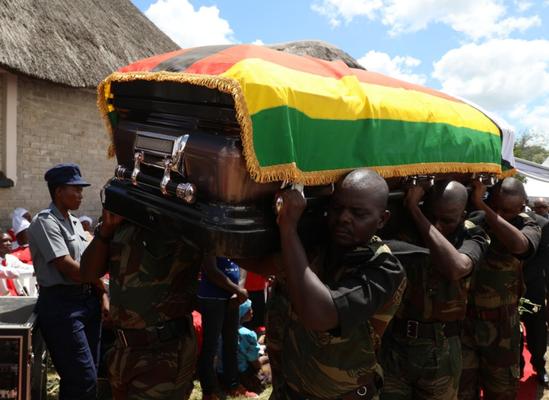 Celebrated Zimbabwean musician Oliver ‘Tuku’ Mtukudzi was buried on Sunday amid pomp and fanfare in his rural hometown Madziwa, about 150km north of Harare.

Mtukudzi died of diabetes complications at private healthcare centre Avenues Clinic in Harare last Wednesday. Sunday’s burial at about 3pm ended five days of mourning for Mtukudzi’s fans all over the world.

Government officials and top business people arrived in top of the range vehicles, while impoverished villagers had to walk many kilometres to bid farewell to the “unifier” who was declared a national hero by the government of Zimbabwe. 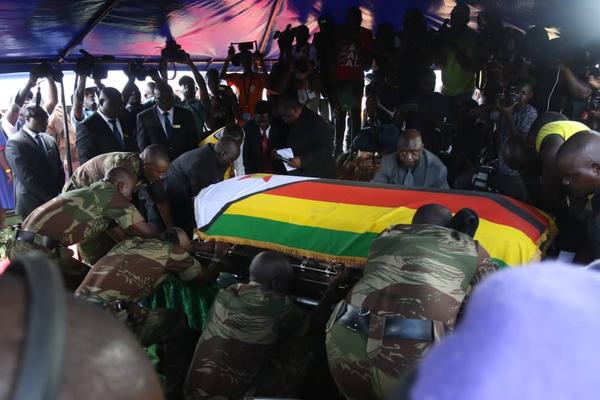 “He was a unifier, a great son of the soil, and a true ambassador of Zimbabwe,” said opposition MDC leader Nelson Chamisa, who was denied VIP status and had to be content with standing with ordinary mourners in the scorching sun while Zanu PF and government officials, who included defence minister Oppah Muchinguri who was guest of honour for the day, and her entourage perched in the lofty VIP tent.

Villagers, stunned at the number of vehicles thronging the area, waved at every vehicle clogging the Bindura – Mt Darwin highway. Some business people took advantage of the thousands of people to make money and sold Tuku T-shirts, food, and alcohol, among other things.

Addressing mourners just before the burial, Muchinguri implored Zimbabweans to celebrate the legacy of nation-building left by the legendary musician.

“We should celebrate the inheritance Oliver Mtukudzi left to the nation that will be useful to coming generations. Let us never despise or seek to harm our motherland, just like what Tuku did. Let’s us all be patriotic. Let’s take pride in that we are Zimbabweans. Artists have a role to play in nation-building,” she said.

Tuku’s widow Daisy, spoke for the first time since his death. She thanked President Emmerson Mnangagwa for conferring hero status on her husband. “I want to thank the president for giving my husband the honour. Music is usually associated with poverty in Zimbabwe, but here he is, being honoured as a hero for his musical role.

“The man you are seeing lying here used to call me Dee. He took care of me from day one. We shared true love. It was an example of true love. Tuku must know that I love him, and I will always love him,” she said. 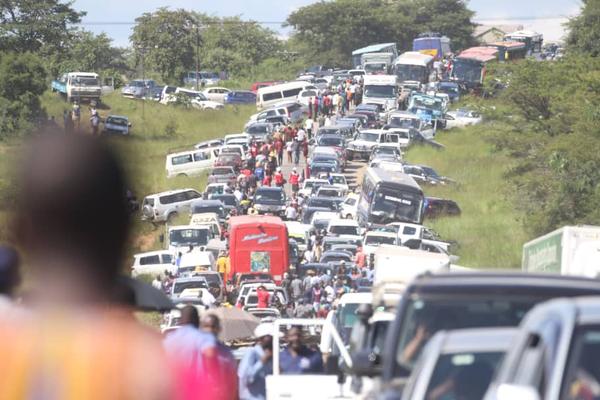 Fellow musician Alick Macheso said Tuku was a father to him and plans were on the cards for a collaboration between them. The sungura musician said goodbye to Mtukudzi through a song Tichasangana Kudenga (we will meet in heaven). Despite threats of rain, the burial attracted both the “haves” and “have nots”, and could pass as one of the biggest gatherings the mining province has ever witnessed.