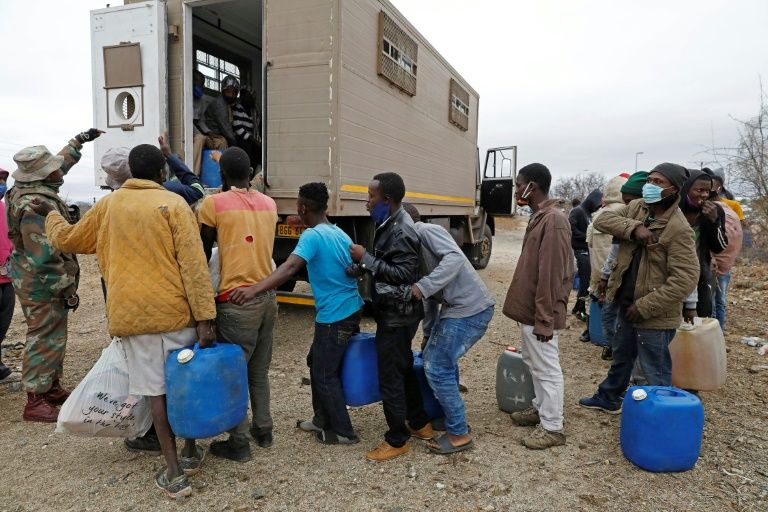 Zimbabwean street vendor Memory Chauke did not get very far when she hopped over a fence into neighbouring South Africa on the first day its borders reopened after a six-month closure due to the coronavirus pandemic.

South African patrol guards had anticipated that Zimbabweans would resume illegal crossings into the country to buy goods as soon as travel restrictions were lifted.

Hundreds were arrested as they tried to smuggle groceries back to impoverished Zimbabwe, where an economic downturn and rampant hyperinflation have destroyed livelihoods.

Chauke was caught on the way back to her village, on a gravel road around 500 metres (1,640 feet) away from the official Beitbridge border post.

She looked sombre and exhausted as she sat under a large thorn tree, surrounded by grocery bags.

Chauke said it was the first time she had been arrested during crossing.

The 45-year-old mother of five had just walked more than 20 kilometres (12 miles) to South Africa’s northernmost town of Musina and bought goods she planned to resell in Zimbabwe for a profit.

“Where we stay there is no food, there is not enough food so we are hungry,” she said. “We come to nearby shops and buy cheaper food, then go back to Zimbabwe.”

Others sat on the ground alongside her, clutching recently purchased pots, maize meal, fuel and even sofas and a bed as they awaited their fate.

Many Zimbabweans rely on goods bought from richer South Africa for basic supplies, and informal cross-border trade is a lucrative business.

“It’s so dangerous but there is nothing I can do,” said Chauke, who had not dared to venture across the border since South Africa locked down on March 27.

She hoped to beg for forgiveness and “go back to my kids”. 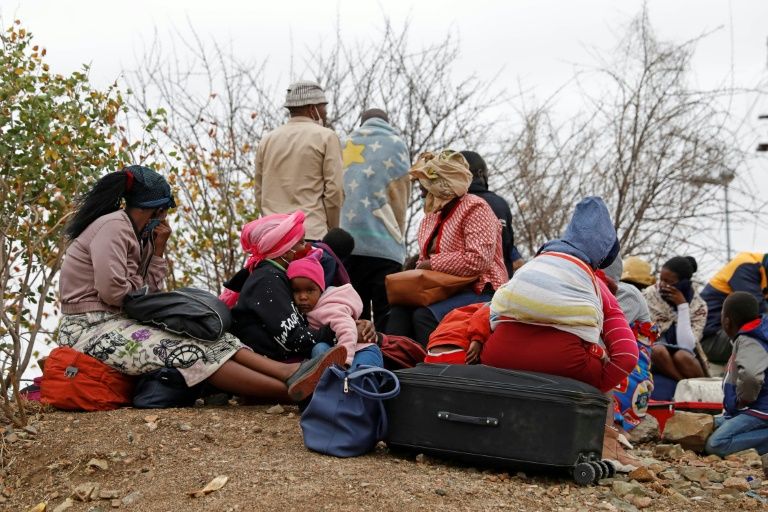 South Africa, the continent’s hardest-hit country by COVID-19, reopened some land borders as well as its three main airports on October 1.

Zimbabwean authorities had also planned to resume international travel on the same day.

But the Beitbridge border post, one of the Africa’s busiest crossings, has remained shut on the Zimbabwean side.

Private vehicles were stopped at the gate and told to turn back.

Only commercial trucks, which were already exempt from travel restrictions, were allowed through.

“We haven’t opened the Beitbridge border as yet,” Zimbabwe’s Home Affairs Minister Kazembe Kazembe told local media on Thursday, without giving a reason for the delay.

“There was a slight increase in numbers but for most of them it was with regard to the groceries,” military official David Mathetsha told AFP.

“A hungry stomach is capable of doing anything,” he explained, adding that officers had confiscated a variety of goods and bulk purchases.

Mathetsha said that thousands of Zimbabweans crossed into South Africa each day before the pandemic.

“At some stage you would arrest one person more than 20 times,” he recalled.

The fence separating South Africa and Zimbabwe has been notoriously porous since its de-electrification in 1994.

A multi-million rand renewal project was put on hold earlier this year after South Africa’s parliament deemed a new stretch of fencing inadequate and overpriced.