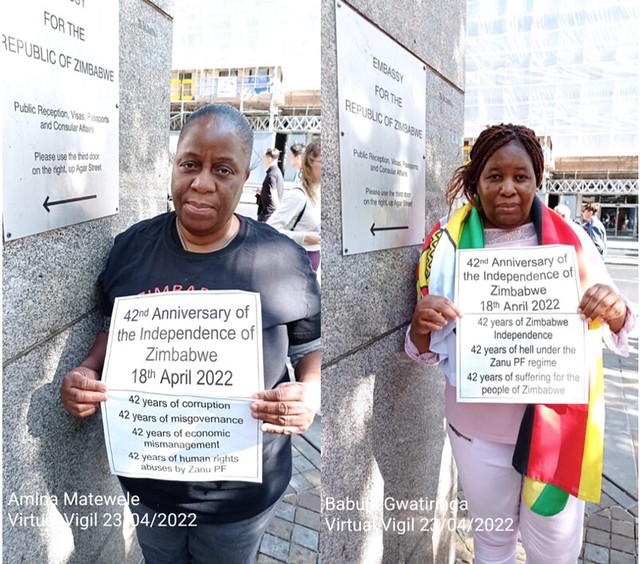 Fearing further xenophobic violence in South Africa, an increasing number of Zimbabweans there are sending their valuables back home for safekeeping. Companies operating border crossings says there has been a huge increase in unaccompanied baggage being repatriated by bus.

NewZimbabwe quotes Farisai Nyamadzawo, a domestic worker who lives with her husband and two children, who said they had spent R6,000 to have two refrigerators, a stove, a set of couches and a washing machine transported to Zimbabwe. ‘I was afraid I would end up losing everything’.

Recent attacks on immigrants by members of the Operation Dudula Movement and PutSouthAfricaFirst have alarmed many foreign residents. Recently a Zimbabwean, Elvis Nyathi, was beaten and set alight outside his home. He was buried last week in Bulawayo (see: https://www.newzimbabwe.com/sa-xenophobic-attacks-terrified-zimbabweans-sending-their-possessions-home/).

The question of xenophobia in South Africa was discussed on Thursday in an online debate organised by the Zimbabwe organisation Sapas Trust. Dale McKinley of Kopanang Africa Against Xenophobia said that since 1994 South Africa had presented itself as a leader of the African continent but had not produced any leadership. ‘The South African state, when confronted with economic and political situations in Zimbabwe in 2000, 2005 and 2008 kept silent, with “silent diplomacy”’ McKinley said.

Another speaker Chipo Dendere, assistant professor of African Studies at Wellesley College in the United States, said the crumbling Zimbabwe economy had seen an exodus of unskilled Zimbabweans who settled in South African townships which were already disadvantaged (see: https://www.timeslive.co.za/news/south-africa/2022-04-22-is-sa-xenophobic-and-why-are-zimbabweans-rejected-experts-discuss/).

In a withering account of President Mnangagwa’s speech at the 42nd Independence Day celebrations in Bulawayo on Monday, Newsday noted that he asked the diaspora for investment but said nothing about the diaspora vote. It says ‘It is not rocket science to know why the diaspora vote is not top priority. Zanu PF thinks they are angry with the party and they would overwhelmingly vote for the opposition. Zanu PF does not countenance being out of power. It thinks it has a messianic role to lead Zimbabwe.’ (See: https://www.newsday.co.zw/2022/04/ed-dithers-on-policy/.)

Meanwhile, Zimbabwe’s biggest industrial lobby group, the Confederation of Zimbabwe Industries, has warned that the local currency is on the ‘brink of rejection’. President Mnangagwa said the government would take stern action against companies allegedly sabotaging the Zimbabwean dollar to fuel an uprising. He alleged that companies were working with outsiders (see: https://thestandard.newsday.co.zw/2022/04/24/zimdollar-collapse-ed-fears-uprising/).