Zimbabweans use social media to rally up support for march 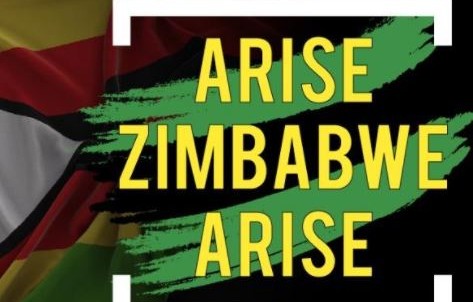 JOHANNESBURG – Social media was abuzz in support of a planned march on Saturday in Zimbabwe’s capital, Harare, calling for leadership that will “relieve the suffering endured” by the nation under President Robert Mugabe.

On Saturday morning and Friday night, the hashtags “Arise Zimbabwe”, “Mugabe must go”, and “Fresh start” saw a flood of tweets worldwide from people supporting the march and people rallying others to stand together.

The Zimbabwe solidarity march is reportedly expected to start at 8am at the Zimbabwe Grounds in Highfields, gathering at 4th Street bus terminus in Harare CBD at around 9am, before moving to the State house.

In a banner circulated on social media messenger application WhatsApp, Zimbabweans are called to “arise Zimbabwe arise” for the march that will start at 10am in Freedom Square in the capital.

On Saturday morning, these tweets started circulating on social media.

Some users also mentioned the unity amongst Zimbabweans.

#Zimbabwe has never been so united. This is a defining moment for our future. Let's not see color or ideology our country is ours let us all stand together for the greater good #freshstart #freshZimbabwe

People took the opportunity to call on others to rally behind the march.

I’m going to march today in solidarity with fellow Zimbabweans for a fresh start in Zimbabwe…are you?

Repost: JOHANNESBURG MARCH : CONSULATE OF ZIMBABWE , 13A BOEING W ROAD, BEDFORDVIEW at 10AM
LET'S BE IN SOLIDARITY. #FRESHSTART #Zimbabwe pic.twitter.com/8Xl79eOcn2

A march is also planned in Johannesburg in solidarity with the march in Harare. The march will take place at the Zimbabwean Consulate in Bedfordview at 10am.

Some Twitter users took the opportunity to ask others to join the march.

Citizens, let’s turn our in our numbers tomorrow to shape the future of Zimbabwe. We want a new Zimbabwe, let’s play a part in bringing it about!

Marches have been planned in other countries in solidarity with the main march in Harare.

According to Twitter user @povozim, there is a march planned in Windhoek, Namibia at the Zimbabwean embassy from 10am to noon.

=>Meeting at the Zimbabwe embassy in Namibia

Another Twitter user posted that the march in London would take place from 11am to 6pm at the Zimbabwean embassy.

However, not everyone was in support of the planned march.

#Zimbabwe#Zimbabwecoup#Zimbabwecrisis the planned demo tomorrow is a wrong move, please refrain, we all want change but lets be patient

Wasting your time. This is Africa. You remove leaders via the ballot box. They don't leave because you protest