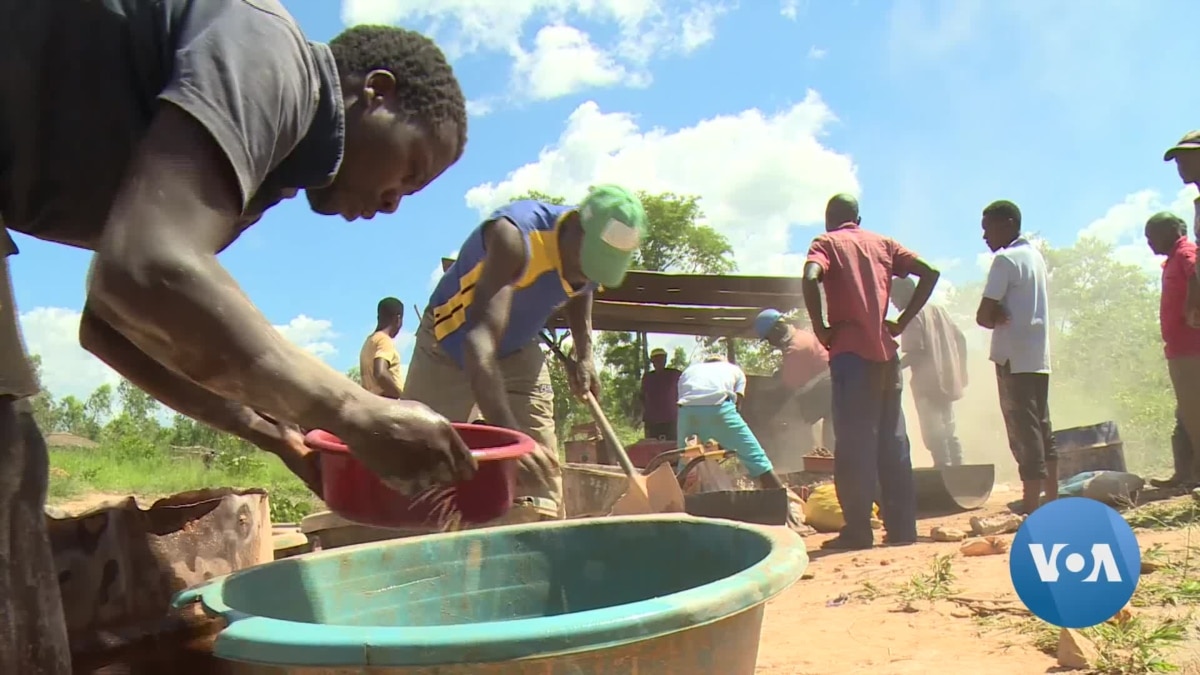 HARARE, ZIMBABWE — Zimbabwe might have surpassed its 2018 gold production target, but some say there is little to show for it as the country’s economy remains in crisis.
Kudzanayi Zvomuya is a small-scale gold panner in Bindura, about 100 kilometers north of Harare, waiting while his 20-plus kilograms of stones are processed to see how much gold they contain.

This 31-year-old man is among many people in this mineral-rich area who have abandoned farming for gold mining. However, Zvomuya says not much has changed for him financially since he gave up farming six years ago.

Gold is a good source of income, he said, but some risks are involved, such as becoming trapped underground. At least 24 miners died in mid-February after heavy rains flooded two mines near Kadoma, a city roughly 145 kilometers or 90 miles southwest of Harare. But there is nothing anyone can do, given the harsh economic environment, Zvomuya said. Others have managed to buy cattle or built nice houses through gold, so, “I am hopeful,” he said.

Zvomuya later crawls into a dilapidated office made of poles and grass, where a waiting buyer pays him for the gold, but neither reveals how much.

He has an appeal to President Emmerson Mnangagwa’s government, which resembles that of another small-scale miner, 27-year-old Norman Jomupi.

“They should equip us with electric pumps to drain water underground or if we are working in or near rivers,” Jomupi said. “Plus as youths, they should give us our land to mine. Here we are just mining but we do not own it.”

Small miners accounted for 50 percent of Zimbabwe’s 2018 gold production of 33 tons. Despite the figures, analysts point to corruption, mismanagement and a lack of proper policies as reasons for Zimbabwe’s failure to benefit much from the country’s mineral wealth.

“I can’t really say we are failing to drive value from gold as a nation,” he said. “Gold is already valuable as a mineral. But what I can say is that the state is failing to support certain institutions involved in the gold extraction sector for example, the artisanal and small scale miners.”

The government minerals monitoring agency says the issue of property rights has to be addressed to bring a smile to small-scale miners like Zvomunya and Jomupi, who are toiling for Zimbabwe.

But regardless of that, the small-scale miners, and most Zimbabweans, still suffer from shortages of basic commodities, such as fuel, bread and foreign currency, in a country rich in resources such as lithium, diamonds and platinum. Zimbabwe is in the midst of its severest economic crisis in a decade.