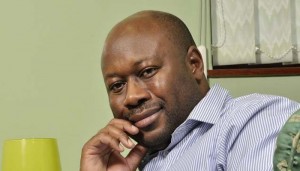 ZIMBABWE has attracted around $300 million in its coal industry that will quadruple production next year versus 2017, its mining minister told an investment conference in London on Thursday.

The country, which says its abundant mineral resources include more than 40 exploitable minerals, is seeking to lure foreign investment to reboot its economy after a coup that pushed out veteran leader Robert Mugabe last year.

Minister of Mines and Mining Development Winston Chitando said interest had focused on coal, as well as on lithium and platinum.

He was speaking to investors in London, attending his first conference on Zimbabwe outside Africa since taking office.

In Cape Town in February, he had said battery mineral lithium was among the most popular deposits.

He told London investors coal output in Zimbabwe would reach more than 8 million tonnes next year compared with around 2 million in 2017. Speaking to Reuters on the sidelines of the conference he said that followed investment of around $300 million. He did not name the investors.

Zimbabwe says it is trying to develop solar power too, but needs to address its energy needs, which are responsible for around 25 percent of its import bill because of a shortfall in domestic generation.

Many miners see a strong business model in coal as a high-margin business and a cheap way to generate power in remote African communities.

The world’s biggest shipper of export quality coal Glencore says the best coal will generate profits for the foreseeable future because of a shortage of new supply following a collapse in investment during the 2015-16 commodity downturn.

It says there is still demand, despite environmental opposition to the most polluting fossil fuel.

Zimbabwe is at the same time trying to promote those minerals that serve a cleaner world economy.

Speaking in Cape Town in February, Chitando announced a lithium deal. In London, he said another would soon follow. He also said there was interest in Zimbabwe’s platinum reserves, which are second only in scale to those in South Africa.

International companies seeking to develop lithium in Zimbabwe – which Chitando has said could meet around a fifth of the world’s needs – include Prospect Resources  and Chimata Gold.

As terms for foreign investors get tougher in some African jurisdictions, notably Democratic Republic of Congo, many investors welcome Zimbabwe’s promise of a stable environment and regulatory certainty as well as a crackdown on corruption.

For anyone investing more than $100 million, Chitando said there would be a special mining license, meaning particularly favorable conditions, such as negotiating royalties. –reuters.com