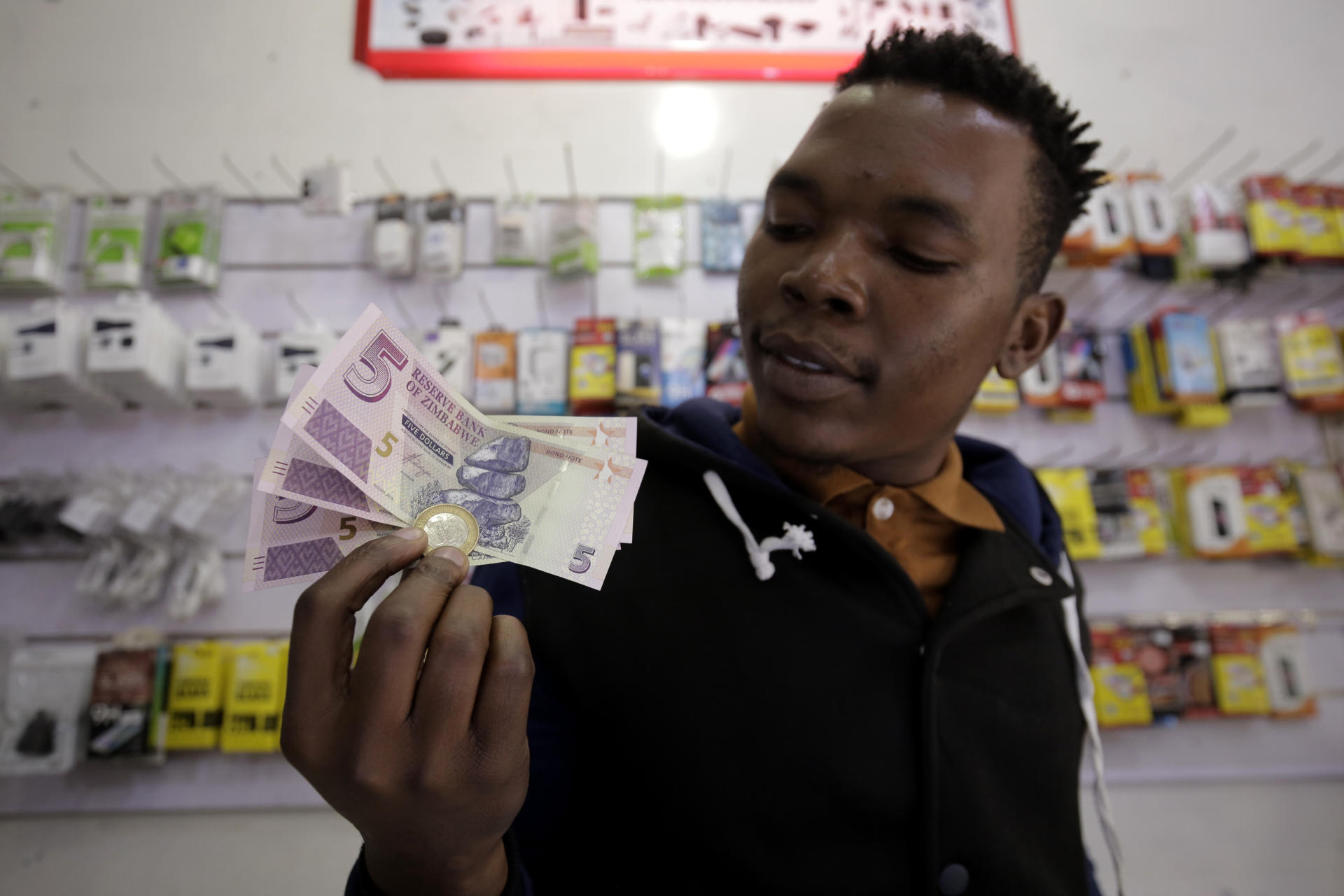 As the country faces economic meltdown, the government has again imposed policy without any legislative underpinning. By Derek Matyszak

On 24 June, familiar feelings of despair accompanied the shock announcement by Finance Minister Mthuli Ncube that only Zimbabwe’s quasi-currency, the RTGS dollar, would constitute “legal tender”. This prelude to the resurrection of the dreaded Zimbabwe dollar added to the sense of déjà vu brought on by long queues for fuel, inflation over 100%, 18-hour load shedding and failed water reticulation.

The RTGS dollar (from the real-time gross settlement system used to transfer money electronically) exists only in electronic form. In theory, and government pronouncements, RTGS dollars were merely the electronic representation of United States dollars held in depositors’ accounts.

However, after 2016 when government began paying its debts by entering billions of dollars of credit on to the books of banks – unsupported by anything – it became apparent that the RTGS dollar wasn’t what it was held out to be. Its value steadily declined.

This measure was accompanied by another, where government claimed that the exchange rate between US dollar and RTGS dollars would be allowed to float and be determined by interbank trading. Another lie. In practice government tightly controlled the rate of exchange so that the interbank rate for US dollars was generally half that offered by the black market.

As a result, opportunities for arbitrage by the political and business elite abounded. They could procure US dollars from the central bank at the interbank rate and sell them on the black market for twice the amount, raking in millions. Business could also borrow RTGS money from banks, immediately exchanging it for US dollars on the black market, driving the demand for US dollars up and the value of RTGS dollars down.

Once the value of RTGS money had declined significantly, only a fraction of the US dollars acquired needed to be changed back to repay the RTGS debt to the bank, representing millions of dollars of profit. Nice work if you can get it.

Not, however, very nice for workers, civil servants and the lower ranks of the military being paid in RTGS dollars. The real value of their wages plummeted. When the RTGS dollar was set as “sole legal tender” on 24 June, its value to the US dollar had fallen from about 1.4:1 in February to over 13.5:1, and was set to drop further in an accelerated fall.

Services and goods (particularly imported products) were being charged or priced in US dollars. The economy was re-dollarising and civil servants were demanding that they be paid in US dollars.

Ncube introduced Statutory Instrument 142, setting RTGS money as sole legal tender in the midst of negotiations around wages with civil servants. This was done to undermine the argument that, since goods and services were being charged in US dollars, civil servants should be paid in this currency.

It was also an attempt to stop the rapid depreciation of RTGS money. To strengthen the RTGS dollar, the Reserve Bank mopped up RTGS liquidity from banks, returning 1.2-billion of the faux currency to the ether from whence it came.

Hidden in the turmoil that has followed are two other replays of prior events. One is that just as government had tried to defy the market and legislate price controls in the days of record-breaking hyperinflation in 2008, it is now trying to legislate that the incoming tide of re-dollarisation stay out.

The second is more pernicious. It is the sight of Zimbabweans again rushing to the cliff edge like lemmings, on the basis of government fiat, as occurred with government’s now-defunct indigenisation laws introduced in 2010.

Then, Robert Mugabe’s government issued regulations that it said required all foreign-owned business in Zimbabwe to surrender 51% of their shares to “indigenous” Zimbabweans. In fact, the law did not, and could not, provide anything of the sort. Companies do not own their shares, shareholders do.

The government’s claim as to the meaning of its regulations was never challenged – not by the media, as it made a good ‘blood-on-the-floor story’ – and not by affected businesses who knew that government could make life difficult by withholding licences required to do business in Zimbabwe.

Fast-forward to 2019. Government says Statutory Instrument 142criminalises transactions in US dollars. The police have been unleashed to prowl around petrol stations and retail outlets, ready to arrest any hapless person using US dollars. In fact, SI 142 doesn’t ban the use of US dollars for trade. It simply sets RTGS dollars as the sole legal tender.

If someone decides to dispose of their car in exchange for 10 goats, there is no law preventing him or her from doing so, even though goats don’t constitute legal tender. Substitute US dollars for goats, and the point is clear.

Countries that wish to ban transactions in anything other than the local currency enact laws providing that. So why didn’t Zimbabwe’s finance minister do that? Because he has no power under the Reserve Bank Act to prohibit US-dollar transactions.

However, as in the case of the indigenisation regulations, the media happily accepts his interpretation of his own regulations. Once again, government is imposing policy without any legislative underpinning and using extra-legal means to do so.

Enforcing the whims of particular ministers on the threat of arrest, rather than applying statute, is the very antithesis of the rule of law. It reveals a government floundering in policy and governance uncertainty and inconsistency in the face of an economic meltdown.

President Emmerson Mnangagwa repeatedly says Zimbabwe’s door is open to foreign investors. Any company stepping through this door in such a climate will have difficult questions to answer from shareholders. DM