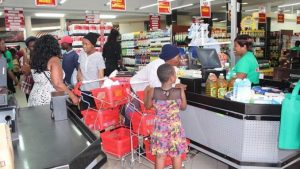 HARARE (Xinhua) — Zimbabwe’s month-on-month inflation fell to 21.04 percent in July, down from from 32.96 percent in the previous month, the Zimbabwe National Statistics Agency said on Wednesday.

On Aug. 1, finance minister Mthuli Ncube suspended the publication of annual inflation figures until February 2020 to avoid miscalculation of the country’s inflation, given the changes in functional currency from the U.S. dollar to Zimbabwe dollar in June.

In June, Zimbabwe’s annual inflation rose to 175.66 percent, the highest in a decade.