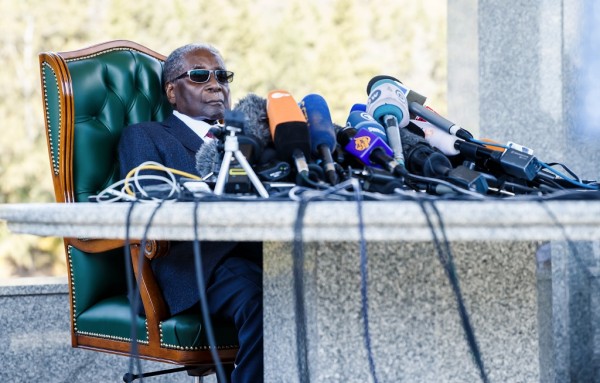 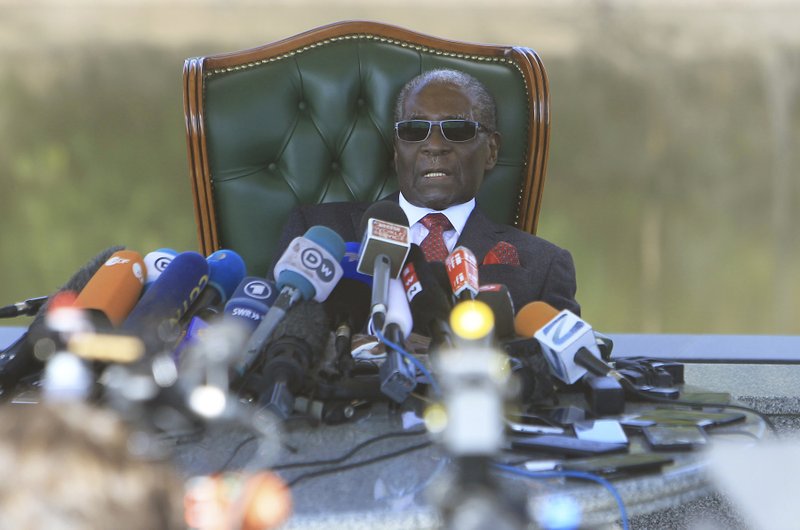 HARARE, Zimbabwe (AP) — In a surprise address to the nation after months of silence, Zimbabwe’s former leader Robert Mugabe emerged just hours before Monday’s historic election declaring that “I will not vote for those who have illegally taken power” and turning his back on the ruling party he long controlled.

Slow and rambling, the 94-year-old Mugabe spoke to reporters on Sunday with bitterness about his dramatic removal in November under military pressure and amid a ruling party feud.

He was coy about endorsing anyone ahead of the election in which the former deputy that he fired, President Emmerson Mnangagawa, faces a 40-year-old lawyer and pastor, Nelson Chamisa. He indicated, however, that Chamisa was the only viable candidate.

“I cannot vote for those who have tormented me,” Mugabe said in a reference to Mnangagwa, who took office with the military’s support. “I cannot vote for ZANU-PF,” the ruling party that has rejected him as well.

Mugabe, who has backed a new political party that is part of a coalition supporting Chamisa, said of him: “He seems to be doing well at his rallies … I wish to meet him if he wins.”

And he added: “Whoever wins, we wish him well … And let us accept the verdict.”

Many in Zimbabwe knew no other leader but Mugabe, who led the country for 37 years after independence from white minority rule in 1980. What began with optimism crumbled into repression of the opposition, alleged vote-rigging, violent land seizures from white farmers and years of international sanctions.

The southern Africa nation hopes that a credible vote on Monday could get those sanctions lifted and bring badly needed investment for a collapsed economy. Mnangagwa, a former Mugabe confidante, has tried to recast himself as a voice for reform, inviting back Western dozens of election observers and pledging a free and fair vote.

Mugabe defended Zimbabwe’s election commission after Chamisa and the opposition raised concerns that the vote will be flawed, saying that “it acts quite freely.” And in a breathtaking statement, he asserted that his long stay in office had been free from meddling: “It was not the army that ensured I remained in power.”

He blamed “evil and malicious characters” for his resignation, which was met with a joyous outpouring by thousands of people in the capital, Harare, and elsewhere. “I was a fool to have him next to me,” he said of Mnangagwa, whom he accused of conniving with the military chief to pull off a “coup.”

Mugabe said he resigned to avoid “bloodshed” and defended his wife, Grace, who just months ago appeared to be positioning herself for the presidency: “Leave, leave, leave my wife alone.”

Zimbabwe’s former leader, who appeared to have finally allowed his hair to go gray, spent the final question musing on his legacy, reminding people of his years in prison during the country’s fight for liberation and his work raising literacy and education standards. “I tried to do my best,” he said, as journalists began to drift away.

While Mugabe, who has largely remained quiet in his Harare home since leaving power, spoke largely of the past, Zimbabweans are already impatient for the future — and Monday’s vote.

Newer Post
WATCH: Mugabe says it is ‘nonsense’ that his ousting was not a coup
Older Post
WATCH: MDC’s Chamisa confident he will be Zimbabwe’s next President