Zimbabwe’s Mugabe to lie in state at 2 different stadiums

Zimbabweans sit and pray on top of a large rock on the outskirts of Harare, Zimbabwe, Sunday, Sept. 8, 2019. Former president Robert Mugabe, who enjoyed strong backing from Zimbabwe’s people after taking over in 1980 but whose support waned following decades of repression, economic mismanagement and allegations of election-rigging, is expected to be buried next Sunday, state media reported. (AP Photo/Themba Hadebe)

HARARE, Zimbabwe (AP) — Former Zimbabwe president Robert Mugabe’s body will lie in state at two different stadiums in the capital city for three days, the information minister said Monday, but she did not announce where he would be buried on Sunday.

Mugabe, an ex-guerrilla chief who took power in 1980 when the African country shook off white minority rule and ruled for decades, died on Friday at a hospital in Singapore. He was 95.

Information Minister Monica Mutsvangwa said in a statement that the government has dispatched Vice President Kembo Mohadi and other senior officials and family members to Singapore to accompany Mugabe’s body home. 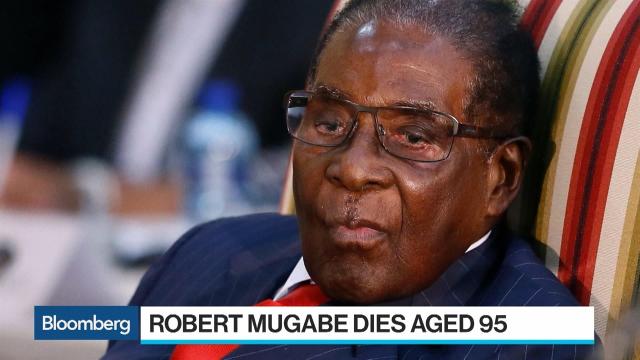 The body will arrive in the country “any time on Wednesday,” she said. The body will lie in state at Harare’s Rufaro Stadium and then at the National Sports Stadium, also in the capital, she said.

Mutsvangwa said Mugabe would be buried on Sunday but she did not say where he will be buried, saying more updates will be provided “as more information on the program trickles in.”

Presidential spokesman George Charamba and deputy information minister Energy Mutodi at the weekend said the former authoritarian ruler would be buried at the National Heroes’ Acre, a monumental burial site reserved for people viewed by the ruling ZANU-PF party as having served the country with distinction during and after the 1970s war of independence. Mugabe’s first wife, Sally, is buried at Heroes’ Acre and a vacant plot reserved for the former president is next to her grave.

However, family spokesman Leo Mugabe, a nephew of the former president, said over the weekend that burial arrangements have not yet been finalized. This has prompted speculation of a rift between the government and members of Mugabe’s family, who want him to be buried at his rural home in Kutama, about 85 kilometers (52 miles) southwest of Harare.

Leo Mugabe told reporters that Mugabe had died “a very bitter man” because he felt betrayed by the former political and military leaders who were his allies for close to four decades before they forced him to resign in November, 2017.

He dismissed reports that Mugabe had refused to be buried at the Heroes’ Acre, but also refused to say where the burial will take place.