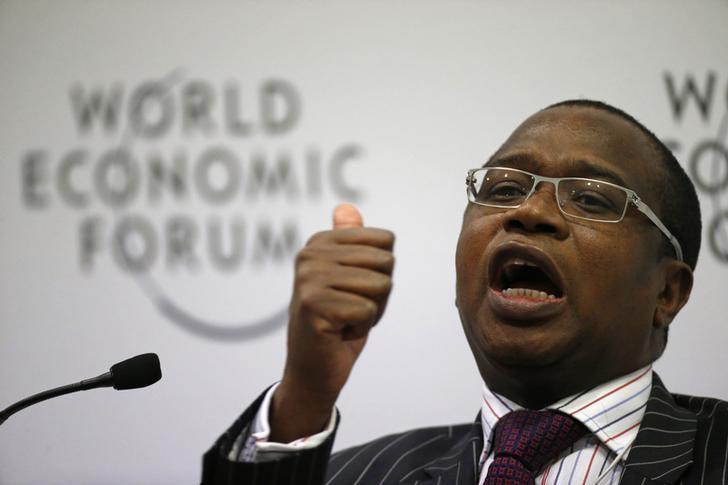 HARARE (Reuters) – Zimbabwe’s new Finance Minister Mthuli Ncube may scrap the quasi currency bond note and liberalise exchange controls as part of reforms he plans to implement by end of this year, a state-owned weekly newspaper reported on Sunday.

The southern African nation, which dumped its currency in favour of the U.S. dollar in 2009 following years of hyperinflation, introduced bond notes in November 2016 in a bid to ease acute shortages of cash. The shortages have, however worsened while a black market continues to thrive.

The notes are backed by U.S. dollars loaned to the government by the African Export and Import Bank, and can be used like cash.

“I am very clear that there have to be currency reforms and the current currency approach is not working,” Ncube told the government-owned Sunday Mail.

He said he would explore three options: either Zimbabwe joins the South African rand union; uses only the U.S. dollar while removing bond notes from circulation, or reintroduces the Zimbabwean dollar.

Ncube however said a local currency would only be introduced when the country has enough foreign reserves and achieves macro-economic stability. Zimbabwe currently has two weeks import cover, according to central bank data.

Ncube, a former senior executive with the African Development Bank, was appointed by President Emmerson Mnangagwa on Friday and is expected to lead Zimbabwe’s economic recovery programme.

A dwindling supply of cash dollars has led to banks limiting daily withdrawals to as little as $30 in bond notes. Companies are struggling to pay for imports and foreign investors cannot repatriate dividends or profits.

There are $350 million worth of bond notes in circulation, according to latest central bank figures.