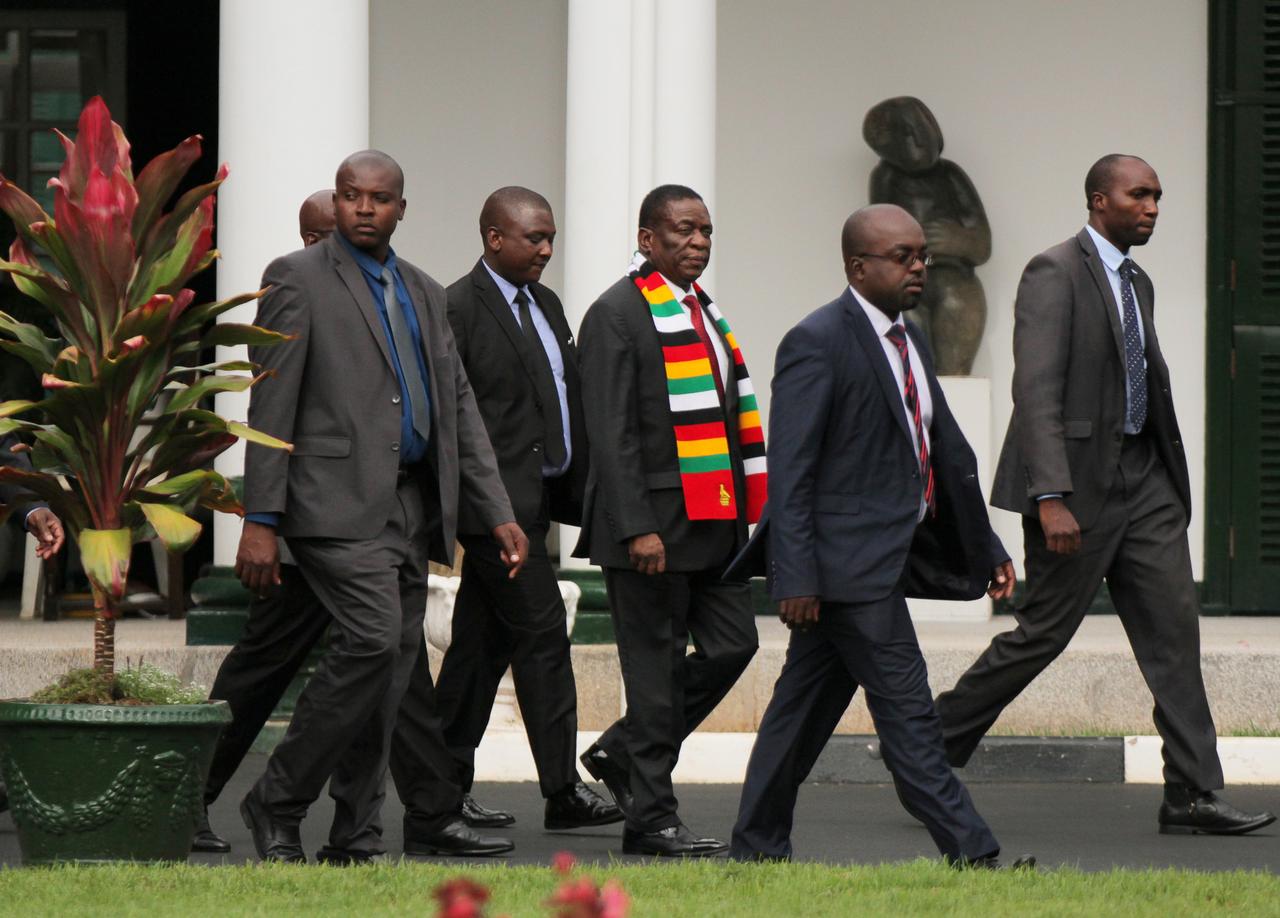 HARARE (Reuters) – Zimbabwe’s main opposition on Wednesday snubbed talks with President Emmerson Mnangagwa meant to try resolve a political and economic crisis, saying any dialogue with the president must be brokered by an independent outside mediator.

Mnangagwa, who is under pressure over the deteriorating economy and a crackdown on anti-government protests last month, invited 23 opposition leaders to a meeting to draw up terms for national dialogue.

The Movement for Democratic Change (MDC), said it would take part in the talks only if they were held under the supervision of the United Nations, African Union or regional bloc Southern African Development Community.

“The MDC’s position is that the dialogue process must be convened by an independent mediator and not one of the disputants,” the MDC said in a letter responding to Mnangagwa’s invitation to the talks.

The MDC has said Zimbabwe’s problems stemmed from last year’s presidential vote. Mnangagwa won but MDC accused his side of rigging the results, which he denies.

Joice Mujuru, an opposition leader and former vice president to Robert Mugabe, also did not attend the meeting although other smaller parties met Mnangagwa at state house offices in Harare.

In a speech before the talks, Mnangagwa said his opponents should accept his election win, and he urged them to call for the removal of U.S. sanctions on ruling party and government officials.

“Peace can never be imposed from outside but must issue from within our own society,” Mnangagwa said, in an apparent reference to the MDC demand for an outside mediator.

Zimbabwe has held disputed elections since 2000, which coincided with an economic recession, but in 2009 the ruling ZANU-PF party and the MDC formed a unity government, which ushered economic and political stability.

Last July’s vote, the first since Mugabe was forced to resign after a coup in 2017, was seen as an opportunity to pull Zimbabwe out of its diplomatic isolation and prompting an economic recovery. Instead, the vote left the nation polarised.

Rights groups and witnesses say armed men in police and army uniform have continued to make night raids at homes of opposition activists where they beat up occupants, a charge denied by security forces.

A video surfaced this week of a soldier beating women at a house in a Harare township while another man held a pistol and frogmarched three young men.

Army’s Major General Nyikayaramba told reporters that the army used proportionate force against protesters and that no one had reported rights abuses against the military.

The Zimbabwe Human Rights NGO forum said on Wednesday that 17 people had died since the mid-January protests although police still insist three people were killed.

In Harare, a strike for better pay by public sector teachers entered its second day as some stayed at home while others attended school but did not teach, with unions accusing security agents of intimidation.