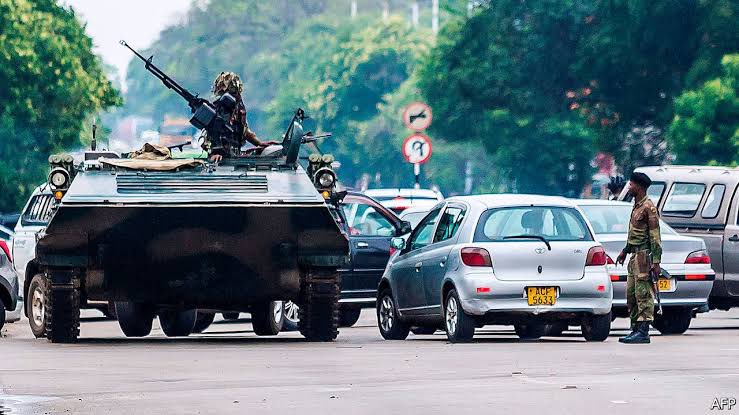 A local think-tank, the Zimbabwe Democracy Institute (ZDI), says state institutions such as the Zimbabwe Electoral Commission (ZEC) and judiciary need to be de-militarised and depoliticised to ensure credible elections in 2023.

In a recent report titled “Deterrence of the Zambian Precedent in Zimbabwe”, the ZDI argued that action needs to be taken to secure a smooth transfer of power if the opposition wins local elections.

However, speaking after the Zambian elections, President Emmerson Mnangagwa said what happened across the Zambezi River will not happen in Zimbabwe.

The ZDI report said the involvement of the military in Zimbabwe’s politics and its alleged control of various key institutions was a threat to the transfer of power to the opposition. The report reads in part:

One key narrative is that top ZANU PF leadership positions are filled by retired members of the security apparatus and this legacy has been preserved from (the late former President Robert) Mugabe to the Mnangagwa regime.

This has enabled the military to be directly involved in ZANU PF political activities. Second is the narrative that security forces and ZANU PF are Siamese twins operating through an injure one injure all modus vivendi.

The military elite controls the electoral and transition politics using either the indirect route, using ZANU PF and retired components, or directly through hands-on military operations.

The Joint Operations Command (Joc), a military elite structure combining heads of the Zimbabwe National Army (ZNA), the Central Intelligence Organisation (CIO), the Air Force, and the Zimbabwe Republic Police (ZRP) has been depicted as the apex decision-making body in Zimbabwe that steers the electoral and transition politics in ZANU PF and government.

The report also said that the military uses veiled threats to instil fear in voters and induce self-censorship. Reads the report:

Another strategy has been the use of military deterrence measures to encourage self-censorship and fearful voters.

Such military deterrence strategies include declarations by the military elite reiterating that Zimbabwe is a military state and that ZEC is indeed militarised.

Moreover, key democracy consolidation institutions such as the legislature, the judiciary, state media, and ZEC have been manipulated to restore and preserve the interests of the ruling military elite.