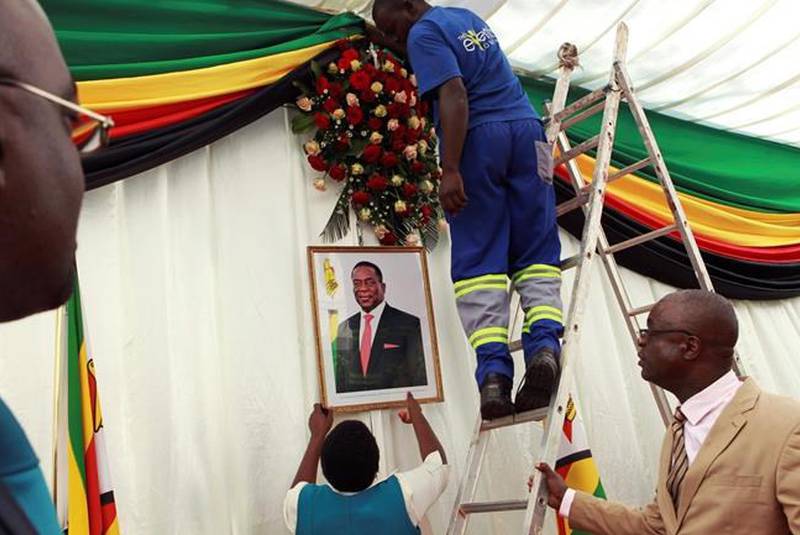 HARARE, Zimbabwe — Zimbabwe’s president has sworn in a new cabinet that includes ruling party loyalists as well as figures in the military, whose takeover helped oust former leader Robert Mugabe.

President Emmerson Mnangagwa said after the ceremony Monday that a priority is to revive Zimbabwe’s battered economy.

Among the new cabinet members are Maj. Gen. Sibusiso Moyo, the foreign minister, and Air Marshal Perrance Shiri, the agriculture minister. Mnangagwa dropped several initial appointees because of a requirement that most ministers should be members of parliament. The rule did not apply to the two military officers.

Moyo on Nov. 15 announced the takeover that led to Mugabe’s resignation after 37 years in power. Mnangagwa, fired by Mugabe weeks ago as vice-president, was selected by the ruling ZANU-PF party to succeed Mugabe.